Negotiations between the university and unions representing essential workers continue 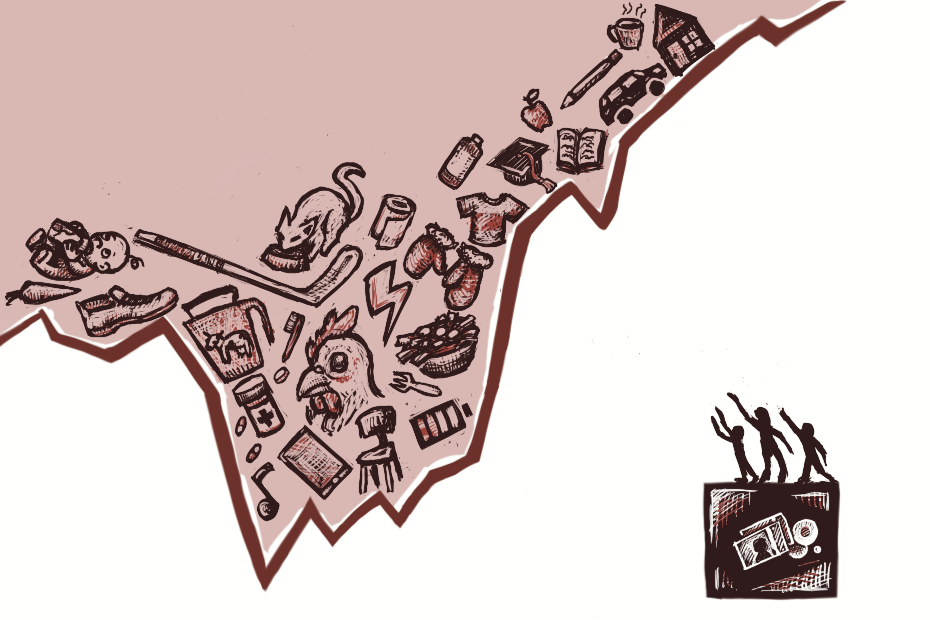 Throughout the pandemic, essential workers have played an integral role in supporting the rest of the population. Unfortunately, workers at McGill often don’t see eye-to-eye with the university. The Daily spoke to two unions, the McGill University Non-Academic Certified Association (MUNACA) and the Association of Graduate Students Employed at McGill (AGSEM), who are currently involved in negotiations with the administration to demand better pay and working conditions.

MUNACA represents almost 2,000 support staff at McGill and is in the process of negotiating a new collective agreement since their previous one expired in 2018. One of their main demands is a salary that reflects the rising cost of living and the work they’ve done over the pandemic. “Traditionally, McGill salaries are lower than other universities’,” says president Thomas Chalmers. “Concordia for example, […] gave all their employees a $500 COVID stipend, [but McGill] has completely refused.” He adds that many employees have left McGill in favour of better pay and working conditions elsewhere. McGill is also refusing to retroactively pay workers who have left the university if they leave before a new collective agreement is signed. Even if MUNACA negotiates a better wage, workers who left after the previous contract expired will not receive the extra money.

In addition, MUNACA has also presented non-monetary demands to the administration, which include more schedule flexibility and recognition of the work that the support staff has been doing over the course of the pandemic. Chalmers says that they initially asked for the option of working remotely before the pandemic began in March 2020 but were refused. MUNACA is currently in conciliation, where a third party is brought into the negotiations to help the other two parties find an agreement.

AGSEM, which represents teaching assistants and invigilators at McGill, is involved in negotiations concerning both the January 2022 return to in-person teaching and a new collective agreement for invigilators. After hearing several members express concerns regarding the recent return to in-person teaching, president Mario Roy told the Daily that the union’s “main demand to the university is to make sure that all members are safe and have the right to choose whether or not they want to work in-person or remotely, when possible.”

With regards to the invigilator contract, AGSEM is opposing punitive responses to “no-shows” (invigilators who don’t show up to their shift), as well as demanding a safer working environment and an increase in wages. Roy says that “as of November 25, 2021, the Invigilator Bargaining Committee and the Employer have met fifteen times since the start of negotiations in March 2021.” There have been some victories for the Union, as Roy says that they have succeeded in “establishing a fair disciplinary process with progressive steps of disciplinary action” where supervisors are allowed to give invigilators a verbal warning before taking more severe disciplinary action.

However, one of the main priorities, a major increase in wages, has not been met. The current wage for invigilators is $13.88, barely above the provincial minimum wage. “The recent past has shown that the university has an enormous difficulty to accept wage increase or monetary compensation asked by unions even though they are absolutely legitimate, but we will defend our members until they obtain their demands, taking any necessary steps if needed,” says Roy.

MUNACA has also faced resistance from the administration. “The university completely refuses to recognize extraordinary efforts that our members have made to deal with the pandemic,” says Chalmers. As many MUNACA members are essential workers, they have been working throughout the entire pandemic. He also takes issue with the time the university has taken to respond to MUNACA’s demands. “I want to make it clear we’re not completely blaming the university for the length of the time it’s taken. However […] it is their practice to delay as much as possible and they continue to do that.”

Additionally, McGill refuses to retroactively pay staff who retire before the signing of the new collective agreement, regardless of whether they need that money for their retirement. “At the same time, they can pay the principal $860,000,” says Chalmers. “I have been involved in unions for 45 years, and have never seen such a callous and cold attitude.”

The university is also resistant to AGSEM’s demands concerning the health of their members. “The university is still refusing to consider our […] grievances asking them to continue contact tracing for COVID and make N95 masks available for all our members,” Roy tells the Daily. “Despite evidence to the contrary provided by the Union, the Employer [McGill] maintains that their current measures to maintain cleanliness in the working environment as well as the protocols to reduce the spread of COVID-19 are sufficient.” After inaction from the administration, they’ve decided to take a more direct approach by asking anyone who experiences unsafe working conditions during the exam season to send photos to their Grievance Officer.

“The union is currently assessing possible next steps,” says Roy. “As we always did since the beginning of the pandemic, we will continue to ensure that our members are safe and we will continue to fight for the most vulnerable people that McGill refuses to hear.”

“What we’d like the student body to know is what we would always like the student body to know […] that support workers at McGill do their best to ensure that it’s a good experience and that their needs are met while studying at McGill,” says Chalmers. “We’ve had a lot of support in the past and we would hope to receive that kind of support going forward.” He recommends that students show solidarity by keeping an eye out for MUNACA’s future pressure tactics and making their support known to the administration.

“It’s always better to have a happy workforce, right?,” asks Chalmers. “A workforce that’s treated fairly and equitably, and I’m sorry to say that’s not happening at McGill University.”