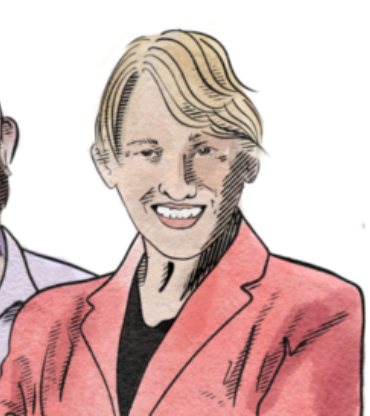 On September 22, the McGill Senate approved a proposal to alter the terms of the Joint Board Senate Committee on Equity (JBSCE). The changes have significantly altered the structure and function of the committee, notably changing its name to the Equity Diversity and Inclusion Committee (EDIC).

The JBSCE was the university’s highest body – reporting to the Senate and Board of Governors – concerned with promoting equity and advocating on behalf of marginalized students at McGill. In the 2020-2021 academic year, the committee oversaw the first year of the implementation of the Strategic Equity, Diversity, and Inclusion (EDI) Plan and the Action Plan to Address Anti-Black Racism (AP-ABR). The JBSCE was also composed of several subcommittees – such as the Subcommittee on Racialized and Ethnic Persons and the Subcommittee on Queer People –  chaired by McGill staff members. These subcommittees oversaw specialized initiatives that served the constituents of the subcommittee.

According to an email statement sent to the Daily from the university’s Media Relations Office, The Working Group to Review the Terms of Reference of the JBSCE was formed and held meetings over the course of last year. The Group found that “the EDI landscape has shifted dramatically since the Committee’s creation in 1994,” and as such, the JBSCE requires a “new name, structure, and composition that will not only permit it to make policy recommendations but also to hold the university administration to its EDI responsibilities and commitments.”

The changes to the JBSCE’s Terms of Reference drastically alter the committee’s composition. The proposal removes the Office for Students with Disabilities Director, the Coordinator of the First People’s House, the Social Equity and Diversity Education Associate Director, and all but two Subcommittee Chairs; these members are replaced by one Faculty Dean, three Associate or Assistant Deans, and two additional representatives appointed by the Board of Governors. The changes also discard the mandate to represent Administrative and Support Staff, yet up to three seats for alumni have been added.

Two anonymous McGill employees involved with EDIC subcommittees spoke with the Daily about their concerns regarding these changes. Previously, all Subcommittee chairs sat on the JBSCE. Employee A* explained that the reduction in Subcommittee chair membership is troubling – there are now only two Subcommittee chairs (appointed by the Board and Senate) in the Committee’s composition and consequently both membership and representation of Subcommittee chairs has been reduced. “Each subcommittee goes into depth in discussion or in bringing up issues that directly affect its members,” they explained, “there is no way that two chairs can […] carry all that and have the time and the bandwidth to bring it to the table in the bigger committee or in the central EDIC itself.”

Employee B* added that the rationale behind the shift towards a more faculty and dean leadership-heavy committee is not inherently problematic: “if you want institutional change, leaders in the institution need to be on board,” they reasoned. Rarely, however, do these administrative leaders belong to the communities that they are meant to represent and advocate for within the EDIC – Employee B asks, “How many Black leaders are at McGill? How many Indigenous heads of department are there at McGill? We know who these leaders are.” This new majority-administration composition also creates new power dynamics between members within the Committee, exacerbated by the “hand-picked” selection process. Employee B explained that the reasoning for the selection process has to do with “who’s administration, who’s faculty, who’s new, who’s not […] the reasoning has nothing to do with voice and inclusion and actually naming and addressing the power dynamics of the [committee].” For example, while student representation remains unchanged under the new terms of reference, Employee B speculated that student representatives may feel more intimidated to introduce and challenge ideas with more high-ranking, high-profile administrators present.

The new terms of the EDIC, unlike those of the JBSCE, strip the Committee of its power to recommend new policies or practices of its own accord. The EDIC now only has the power to engage strictly with EDI-related plans or issues that have been recommended by the Board, Senate, a Co-Chair, or Associate Provost. Furthermore, the proposed mandate does not include an imperative for the committee to advocate to the Senate and Board of Directors on behalf of marginalized groups. The mandate of the JBSCE was to “promote fair access to academic and employment opportunities, and full participation in the McGill community, for all individuals, particularly for those from social groups that have historically encountered or continue to face systemic barriers.” The proposed Terms of Reference of the EDIC are devoid of such language, merely mandating that it’s a committee of “McGill’s Senate and the Board of Governors, constituted under the authority of, and accountable to, these two governance bodies,” its principal responsibility being “reviewing the University’s progress in relation to [EDI] and advising on measures required to uphold its EDI commitments.” While Subcommittees’ organizational structures and activities were previously “grassroots and community-oriented” (according to The Working Group’s findings), these new responsibilities outlined in the proposed terms of reference adopt a “top-down” approach, according to Employees A and B.

The proposed terms of reference also grant the EDIC with the power to “establish a new Subcommittee” or, notably,   “determine that Subcommittee status from an existing Subcommittee should be withdrawn.” The terms state that the creation or dissolution of committees will be determined “based on the needs and best interests of the McGill community, as determined by reference to University EDI policies and plans, and in consultation with members of the equity-seeking group represented by the Subcommittee in issue.” Employees A and B expressed concern that this grants the Committee authority to dissolve Subcommittees without actually consulting said Subcommittees. “The last thing they’ll do is they’ll check with us,” said Employee B, “their idea of consultation is not our idea of inclusion, and that is problematic.”

Those involved with the JBSCE have been concerned with these changes since the beginning of the process. Employee A insinuated that The Working Group, responsible for rewriting the Terms of Reference, excluded the grassroots parties involved with the JBSCE, particularly in the consultation process. “There might have been superficial consultations with the general community that were not widely announced,” they said, “But there was no voice at the table, and this is a major concern.”

The Working Group held two consultations, on May 3 and May 15 respectively, open to all members of the McGill community. These consultations were advertised by the what’snew@mcgill newsletter, targeted email invitations to current and past JBSCE members, and associations across campus that represent groups facing barriers to equity and inclusion. Brooklyn Frizzle, Administrative Coordinator of Queer McGill and former VP University Affairs, told the Daily that the timing was extremely inconvenient; students were on summer break and student groups were in the process of transitioning leadership. The sessions consequently had low turn out – according to the Working Group report, only 26 members of the McGill community participated in the two consultation sessions. After the consultation sessions, the amendments were written over the summer, and, according to Frizzle, were only shared with a handful of Subcommittee heads. “That, in my mind, reduces a lot of the accountability and the oversight that you should have for such an important process,” they commented, “It’s all kind of done behind closed doors over the summer with very little opportunity given to students who this committee is ostensibly supposed to be defending to actually engage with the amendments.” Employees B also explained that community members were encouraged to write in their feedback, which several members of McGill Association of University Teachers did; they stated, however, that those who wrote in did not receive a response.

In response to the changes, equity-seeking student groups, including Queer McGill, the Union of Gender Empowerment, McGillOutLaw, and SSMU Student Rights and Accessibility, formed a coalition. Frizzle explained that the coalition’s current objective is to raise awareness of the changes: “The more people I talked to, the more people I asked, I haven’t encountered a single person aside from those who were at the actual Senate meeting who’s been aware of the changes that were made to the JBSCE.” Because the changes were presented as a report, they explained, and not a motion, there wasn’t space afforded for discussion or debate in the Senate meeting. “Personally, I can’t let it sit under the radar,” Frizzle said, “If [McGill is] going to make changes like this, they need to be held accountable by the community.”

*names have been changed to protect anonymity