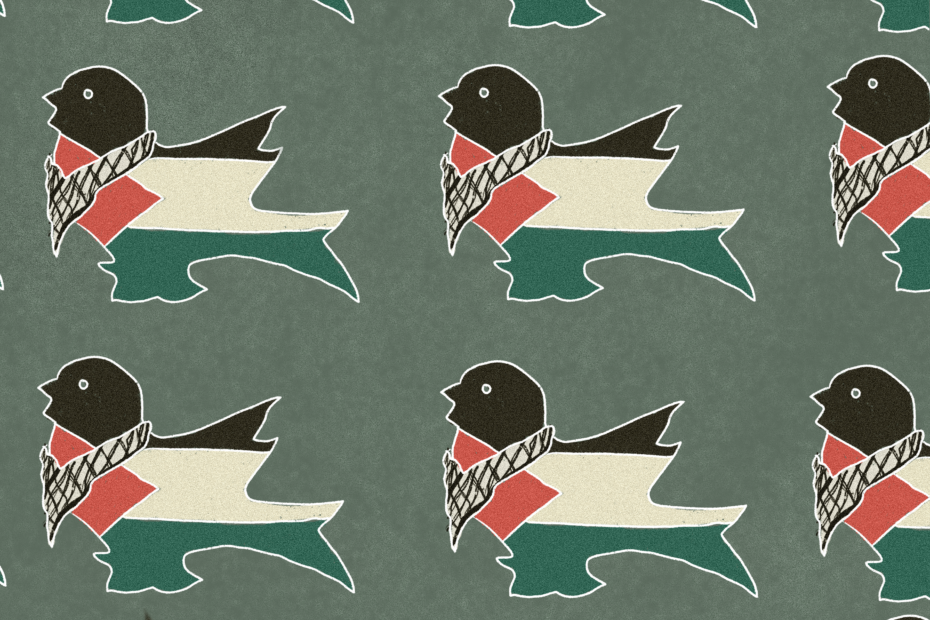 From November 8 through November 13, Students in Solidarity for Palestinian Human Rights (SPHR) McGill and SPHR Concordia hosted a series of events for Boycott, Divestments, and Sanctions (BDS) week.

The week’s events started on Monday evening, with a screening and discussion of the film Grey, Black and Blue by Karam Abu Ali. The screening was held at J.A. de Sève Cinema at Concordia University.

The following evening, organizers from SPHR McGill, SPHR Concordia, and Palestine Youth Movement led a “Palestine and BDS 101” workshop at Concordia University. Presenters organized the workshop into four sections: (1) defining concepts, (2) the region’s history, (3) contemporary oppression of Palestinian people, and (4) forms of resistance. Attendees were encouraged to ask questions, share ideas, and learn from one another.

In defining concepts, presenters highlighted the importance of looking at Palestine through a conceptual framework. Specifically, they emphasized that individual atrocities must be examined as part of the larger system of settler colonialism, occupation, and apartheid. Presenters further outlined the importance of language in discussing Palestine – terms like “conflict” and “occupation” used in discussion fail to recognize the unequal distribution of power between Palestine and Israel. Describing Israel’s violence as an act of “ethnic cleansing” and “settler colonialism” is more appropriate, according to presenters.

Presenters also discussed historical and contemporary definitions of “Zionism,” highlighting the ways in which the ideology is inextricably linked with settler colonialism. In the creation of Israel in the late 1940s, presenters said, evidence of imperialist efforts to select land show a clear intention to dislocate Arab people. They highlighted that this is in line with settler colonialism’s logic of elimination (via confrontation, carceration, and assimilation), which ultimately dispossesses Indigenous people of their lands.

Presenters then dived into Palestine’s history, starting with the 1947 Partition Plan, which called for the partition of Palestine into Jewish and Arab states, and the 1948 Plan Dalet which outlined a plan for the ethnic cleansing of Arab people in the region. Nakba Day in 1948 was then discussed, the day that the state of Israel declared their so-called independence. The “nakba,” Arabic for catastrophe, refers to the consequent ethnic cleansing of Palestinians from the land and the destruction of hundreds of Palestinian towns and villages, as outlined by presenters. They pointed to a clear difference in the Israeli narrative vs. the Palestinian narrative that resulted from the state’s creation; the former frames the events as a civil war that resulted in independence, while the latter views the events as catastrophic nakba that resulted in ethnic cleansing. Discussion was also prompted by attendees concerning the importance of seeing Nakba not as a historical event, but recognizing that settler colonialism in Palestine is an ongoing process; the nakba continues to this day. The presenters then outlined the 1967 war between Israel and neighbouring states, the subsequent Intifadas, and the Oslo Accords.

Next, presenters delved into the contemporary systems today used to stifle Palestinian voices and threaten their livelihood. Apartheid, which describes a system of racial dicrimination, is used in the state of Israel to deny Palestianians of many rights. Presenters highlighted the use of checkpoints, which impose control over Palestinian movement; settlements, through which Palestinians are violently expelled in favor of new development; the Separation Wall, which cuts through Palestinian communities; and incarceration, which targets specific individuals and systematically denies them of autonomy.

Lastly, presenters outlined forms of resistance to the Israeli settler-state, primarily the BDS movement. Part of a long heritage of non-violent Palestinian resistance, the BDS movement is borrowed from the South African model of the ‘80s and ‘90s. Presenters also highlighted the importance of academic boycotts, which for students means boycotting university exchanges, relationships, and joint research with Israeli institutions. Next, McGill’s investment in the Israeli state was discussed, specifically its investment in RE/MAX and Oshkosh, its memorandum of understanding with Technion, and its exchange programs with four Israeli universities. Pro-Palestine activism at McGill is often met with resistance and roadblocks. Notably, last winter the proposed Motion Regarding the Adoption of the Divest for Human Rights Policy was very divisive within SSMU; many were reluctant to pass the motion, seeing as it outlined divestment from many companies profiting from Palestine’s occupation. In a legislative council meeting discussing the motion, it was implied that SSMU cannot support BDS as it is allegedly a “fundamental violation of SSMU’s commitment to leadership in matters of human rights and social justice.” After the presentation, attendees were invited to ask questions and participate in discussion.

On Wednesday, organizers hosted an event at Abo hadi Restaurant. Attendees were invited to eat Palestinian food,  listen to Palestinian music,  dance, and socialize free of charge. The week concluded with the “Students Speak-out for Palestine” event; see page seven for coverage of this demonstration.

A previous version of this article incorrectly stated that the Separation Wall separated the East and West Bank. The article has been updated to be more accurate.