On the invasive practices in McConnell bathrooms 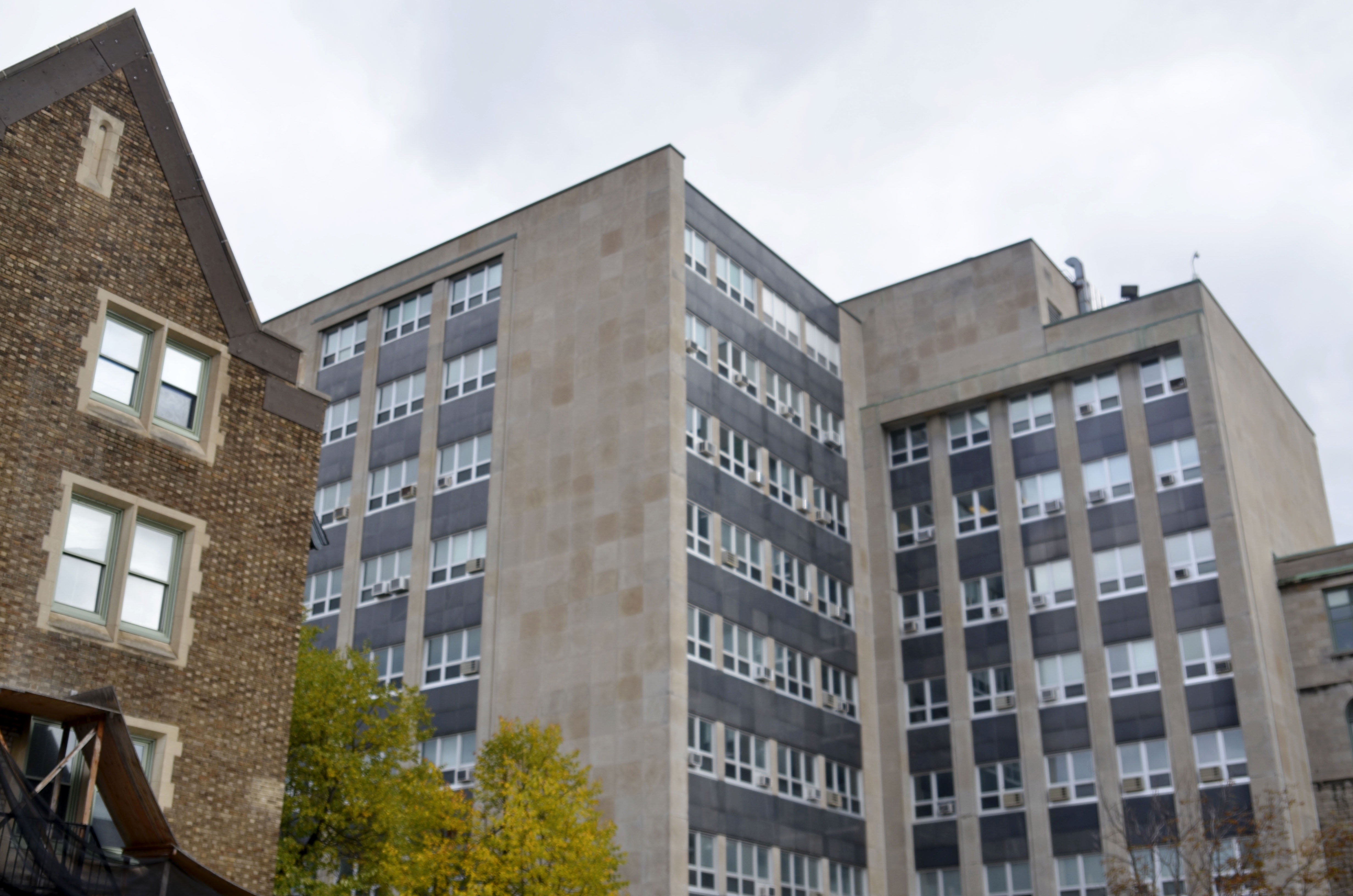 Records indicate that McGill Security has been patrolling the men’s bathrooms in McConnell to stop gay cruising since at least 2015. This was brought up by an anonymous source who communicated that all these records were publicly released, and that they wanted the criminalization of cruising to be public knowledge at the university. These include reports and descriptions of how security has responded to reports of sex occurring in the bathrooms, as well as emails from students and professors asking Security to stop cruising occurring, and implying stings should occur. This discovery of how McGill Security has been patrolling the bathrooms recalls the historical arrests of gay men for having sex in Canada, the US, and the UK. For centuries, governments have been criminalizing gay men for hooking up, especially by weaponizing terminology such as indecency, connected to the illegality of “gross indecency,” which was used to criminalize gay male sex. Indecent exposure and indecent acts are both current legal charges, while “gross indecency” is a repealed term that was used to refer to gay men having sex. As such, using the term “indecent” without a qualifier, to describe attempts to arrest gay men, continues legal practices of homophobia. Cruising, or casual sex in public spaces, occurs due to a lack of safe spaces for gay men to have sex. Historically, to criminalize the gay community, police have raided cruising locations such as bathhouses, bathrooms, and parks.

The decades-old criminalization and plainclothes checks of bathrooms to prevent gay cruising culture continues to occur across Canada. While the Montreal Police did apologize for historical raids on the queer community in a 2017 statement, it did not specifically include bathrooms in that apology. Even if it had, that would not change the fact that the practice still unofficially continues. As such, the consistent focus on the bathrooms used for cruising by gay men at McGill, while excluding other bathrooms on campus that are used for casual sex by students in general, is a concerning practice that connects directly to institutionalized violence against the queer community.

McGill Security’s use of gay websites and forums to check when meetups in the bathrooms will take place also echoes the infiltration of queer spaces by officials in order to arrest those who participated in them. Gay Reddit forums, Grindr, and websites for cruising in Montreal are spaces meant for the gay community, and when those spaces are infiltrated with the intent of criminalizing queerness, it undermines the safe space that many individuals greatly need. This extends to the language and screenshots that security staff have used to communicate potential meetings in the bathrooms to each other – forwarding screenshots of Sqirt, a gay crusing website, and being supportive of whose reporting incidents recording and sharing media of the men cruising. However, the problem does not only lie with security staff  – complaints made to security often have a homophobic tone. They focus not on the discomfort of overhearing sex, but instead on the bathroom’s status as a queer space: one report describes the bathrooms as “the biggest gay sex bathroom at McGill University and it’s all over the internet.” As cruising is a consensual sexual practice, the focus of the concern in this complaint stems from the bathroom being known for “gay sex […] all over the internet,” and implies that the cruising is worse than the public sex that occurs in other university bathrooms. Instead of acting in the interest of student safety, McGill Security is specifically targeting queer students engaging in consensual sex and perpetuating the criminalization of gay sex.

McGill Security also seems to support complainants who have attempted to identify gay men having sex or masturbating in the bathroom by filming, photographing, or recording them. Complaints about sex in bathrooms is understandable, but recording, and in one reported instance, confining the individual in a bathroom stall until police arrived, indicates a level of community support for the criminalization of casual gay sex in public spaces. If security were interacting with these bathrooms in the same way as other bathrooms on campus, where people are told to leave the space if having sex, the situation would not be coming across as homophobic. However, the usage of recordings of sex taken with malicious intent against the participants is unethical, especially in the context of arresting queer members of the McGill community, who have had to fear police since the creation of a police force on Turtle Island.

The reports and emails of Security about the need to patrol the men’s bathroom in McConnell go back to at least 2015, and continued until the start of the pandemic – and will presumably restart with the re-opening of campus. The patrols of McConnell have already resulted in gay men being arrested by callings escalating and the SPVM being contacted. Concerns of passersby being unwillingly exposed to sexual practices are inconsistent with the singular focus on McConnell’s bathrooms on campus, and that no other bathrooms on campus have been retro-fitted to prevent cruising. The usage of media intended to be a safe online space for queer men is a continuation of systems of authority infiltrating gay spaces to then criminalize them. The queer community in Montreal and at McGill already must engage with instituionalized transphobia and homophobia. Continuing to threaten legal action against gay men, that is not threatened at other bathrooms on campus where cis and straight couples have sex, is another system of criminalizing the actions of a marginalized community.