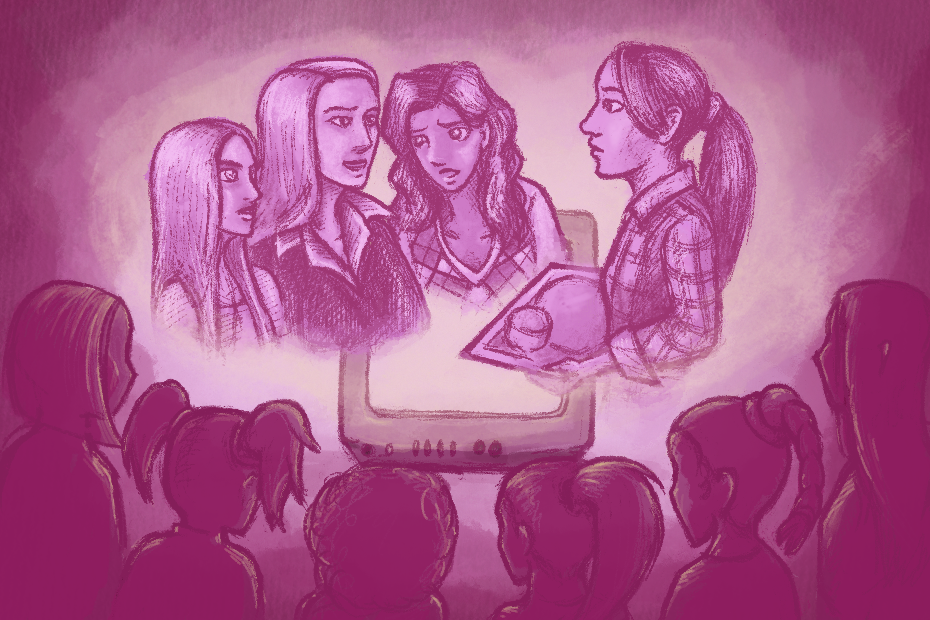 Mean Girls was a phenomenon that took hold of our generation, so undoubtedly so that it has become part of our cultural lexicon. A review by the Guardian labels it the “most referenced cultural product of all time,” competing with the likes of Friends and The Simpsons. Who doesn’t know of the “Plastics”? To what extent has the film, and in fact, the genre of American coming-of-age comedy-dramas, shaped our outlook on student life and popularity? As a teenager growing up in India, Mean Girls was more than a film, it began to represent a desire, a longing; the glorified version of the U.S high school experience became my innocent version of the American Dream.

The high school world built in the film was unreal to me: no uniforms or dress-codes, teachers lacking authority, school dances and house parties, glamour. The film distinctly highlighted American and non-American disparities, the non-American always lacking in front of the American. Consequently, I felt as if I was lacking; as if I was missing something in my student life. Like Cady, I did eventually come of age. But when this happened, I questioned where my desire to be an ideal American teenage girl came from. As an audience, we see Mean Girls from Cady’s perspective – the outsider who grew up in Kenya and has come to a U.S high school for the first time. Cady must adjust to this new world and become more like the students at the school; specifically, more like the girls at this school.

Often in the film, Cady compares certain high school scenarios to the so-called “animal world,” enabling a highly reductive image of Africa as the monolithic land of animals. In his famous essay titled “How to Write about Africa,” Binyavanga Wainaina writes that Africa is usually portrayed through cliches in literature, and arguably, in other forms of media as well. With strong overtones of sarcasm and irony, Wainaina writes, “In your text, treat Africa as if it were one country,” and while African characters should be “colourful, exotic, larger than life – but empty inside,” “animals…must be treated as well-rounded, complex characters.” Indeed, there are no mentions of many human characters from Africa (except Cady’s childhood crush who rejected her). All of Cady’s childhood pictures portray her standing in a grassland with animals – an elephant, a snake, giraffes in the background – as if Africa constituted only of grassland and animals.

What’s more harmful though, is that this reductive image of Africa is frequently compared with the “girl world.” This is especially prominent in one scene where there is a passive-aggressive encounter between Regina and Cady in the cafeteria. Regina attempts to provoke Cady by flaunting Aaron – Cady’s love interest and Regina’s former boyfriend – and get a reaction from her. Cady immediately thinks of how this situation might be resolved in the “animal world,” and the scene cuts to Cady’s imagination, in which she attacks Regina, and everyone in the cafeteria becomes  an animal. However, Cady holds herself back on the grounds that this is the “girl world,” where things can’t be resolved using physical force. She resigns to a passive stance, giving in to Regina’s whims.

American high school culture is thus the “girl world” where conflicts and arguments are handled in a civil manner, while Africa is deemed an “animal world” where savagery is the first and last resort. The “girl world” is where Cady aspires to be, in order to be accepted by her peers. The “animal world –” or any world other than the ideal American society – is what she desperately tries to escape because she will simply not be accepted. Even though towards the end Cady realizes that there is more to life than popularity and fitting in, the film inherently perpetuates a distinction between American and non-American – one is, while the other is simply not.
It was perhaps this false sense of security and acceptance provided by American imperialism that invoked in me the desire to be like the mean girls. I look back at Mean Girls with a lot of endearment, because after all, the film did give me the perfect escape. I could relate to these teenagers on screen as I felt out of place in school, a misfit who desired to be part of the popular clique. But I also look at it with caution, reminding myself of what some of its aspects stand for. Not only was it not my reality, but it was probably not most American students’ reality either.