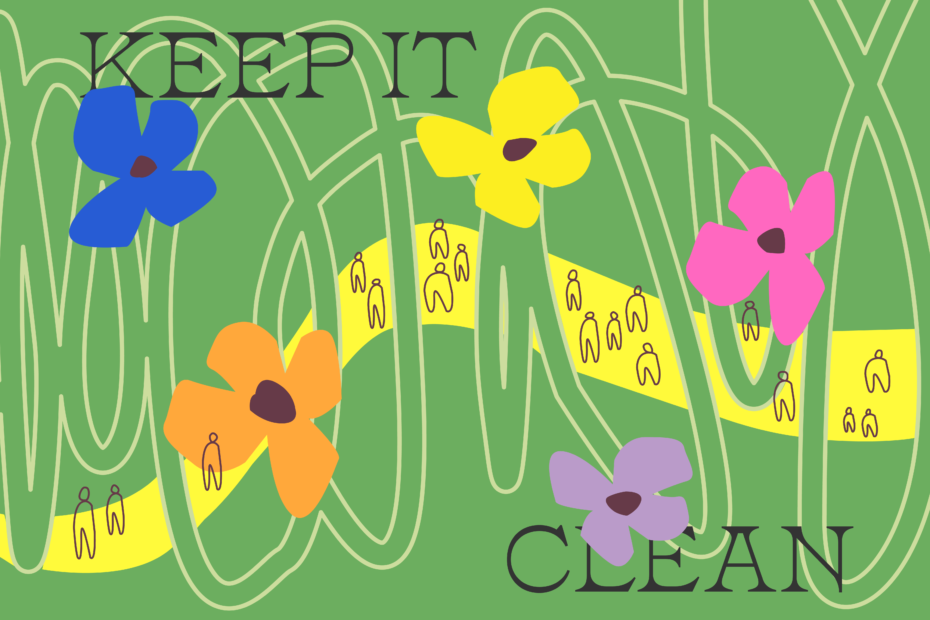 On Friday, September 24, thousands of protesters filled the parks and streets of Montreal in the first major climate strike since the start of the pandemic. The Global Protest of Climate Justice march, held at 1 pm at the Sir George Etienne-Cartier Monument near Mont Royal, was one of the many #Uprootthesystem strikes that occurred in over 1,500 cities across the world. #Uprootthesystem is a campaign against the climate crisis under the Friday For Future movement, founded by the Swedish teen activist Greta Thunberg in August 2018. It aims to take down the systemic roots of the climate crisis, while cutting emissions and establishing protections for people against the climate crisis. Uprooting the system is a targeted approach to solving the climate crisis that deals with recognizing the intersectionality of the climate crisis. The campaign’s six main points of concern are vaccine injustice, climate refugees, Indigenous peoples, varying climate responsibilities, climate reparations, and social impacts on minority groups.

Montreal’s march was organized by the Racial Justice Collective, Solidarity Across Borders, Pour le futur Mtl, and Coalition étudiante pour un virage environnemental et social. The protest’s Facebook page reported 5.1k people attending the event, with another 16k interested. At the march, protesters held signs with slogans such as “There is no Planet B” and “Our Home is on Fire.” Climate activists gave speeches in front of the monument before joining fellow protestors on a march down Parc Ave. and Sherbrooke St. The Montreal police (SPVM) reported three arrests: one for mischief, one for the assault of a police officer, and another for making threats.

This is not the first large-scale climate protest to happen in Montreal. In 2019, over 500,000 people, led by Thunberg, marched across Montreal demanding climate reform. The question remains, however, of whether environmental protests will be effective in pushing elected officials to create reform remains, attendees claimed. One protester, Sophia Martucci, commented on this: “That’s tough to say. The effects [the protests] have won’t necessarily lead directly to climate action. But I think it’s saying a lot and people will take it into consideration. The more that we talk about it, the more it will come up, and people will think about the effects it is having [on the environment].” When asked what she would say to someone considering attending a protest or getting involved in climate activism, Martucci said, “I think you should definitely go for it. It’s so wonderful to see so many people working together.”

Canada being among the highest per capita emitters in the world increases the sense of urgency to establish reform. Coming in at number 10 for overall greenhouse gas output, and warming at twice the global rate, Canada has far to go in terms of reducing emissions.

Some of the promoted goals of the march, outlined on the march’s Facebook page, included carbon neutrality by 2030 in Canada, divesting in fossil fuels, and securing the rights of climate refugees in international law. Additionally, the protest aimed to focus on how the effects of climate change fall heavily on marginalized groups and developing nations.

Many politicians were in attendance. The Liberal Leader Dominique Anglade, as well as other members of her party, attended Friday’s march. Other politicians took part in climate protests in Alma, Joliette, and Quebec City.

The protest follows the recent federal election, where there were many doubts as to how seriously the government was taking the climate crisis. The leader of the New Democratic Party (NDP), Jagmeet Singh criticized Prime Minister Justin Trudeau as being “an abysmal failure on the climate crisis.” Singh released his own plan to double the Canada Community-Building Fund from the current $2.3 billion spending budget. In Trudeau’s second mandate, he established a plan to hold the government accountable for achieving carbon neutrality by 2050 – 20 years after the year demanded in Friday’s march. Now going into his third term, Trudeau will again be relying on the New Democratic Party, Bloc Québécois and Greens to support his continued plans for climate action and reform.

In 2019 at a United Nations conference, Mayor of Montreal Valérie Plante presented a plan to reduce Montreal’s carbon emissions by 55 per cent by 2030. However, Plante’s plan does not make mention of Line 9, a pipeline running from Montreal to Sarnia, Ontario. The construction of pipelines often involves the removal of groundwater, and pipelines risk spilling thousands of gallons of crude oil – both of these negatively impact the environment. This past month, Hydro-Quebec signed a 25-year-contract with New York State to supply it with clean energy. Beginning in 2025, Hydro-Quebec will be supplying the state with 1,250 megawatts of hydroelectricity – the equivalent of about one million households’ electricity consumption.

In April 2020, McGill University announced that it would be divesting in high carbon emitting companies such as those in the fossil fuel industry. This came a year after Gregory Mikkelson, a McGill associate professor in the department of Philosophy and School of environment, resigned his tenured position in protest of McGill’s ongoing investment in the fossil fuel industry. Mikkelson was not the only one to speak out against McGill’s investment in fossil fuels. Divest McGill pushed for the university to divest from its investments in the fossil fuel industry. The combined efforts finally led to success on April 23rd, 2020. McGill’s Board of Governors approved the Committee to Advise on Matters of Social Responsibility (CAMSR)’s implementation plan to accelerate the responsible decarbonisation of the McGill Investment Pool (MIP). As part of the implementation plan, the university agreed to commit over $75 million of the MIP to renewable energy, clean technologies, energy efficiency, green building, pollution prevention, sustainable water and other low-carbon funds. However, the University is still invested in the CGL Pipeline.