From Montero Lamar Hill to Lil Nas X: ‘Montero’ Reveals the Man Behind the Artist 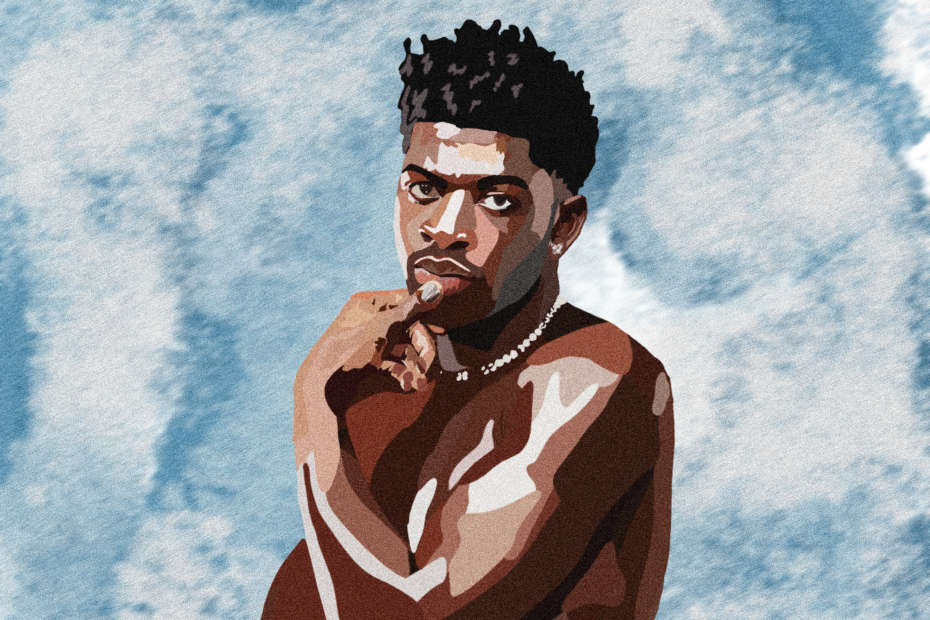 In 2018, Montero Lamar Hill, a first year Computer Science major at West Georgia University, dropped out of school to pursue a career in music. After promoting his tracks online for months with little success, Hill poured all his efforts into a single song: “Old Town Road.” 18 million record sales later, the single has gone 14 times platinum, making it one of the best-selling songs of all time. Though Hill is better known by his stage name, Lil Nas X, his studio album debut Montero is a heartfelt ode to the person behind the persona, and an invitation to bridge the gap between both identities. Cementing himself as more than a one hit wonder, Lil Nas X’s Montero is one of the most personal studio debuts of our generation.

Despite the roaring success of “Old Town Road,” Lil Nas X remained elusive to the public until he came out during Pride month 2019, announcing the news via a Tweet. “Some of y’all already know, some of y’all don’t care, some of y’all not gone fwm no more. but before this month ends i want y’all to listen closely to c7osure,” the rapper tweeted, including a rainbow emoji with his post. His studio album gives fans a much more intimate look at his identity both as a queer man and as a musician, perhaps in an attempt to perform his own story rather than create a line of open communication with fans concerning his identity.

While not the only theme of the album, Lil Nas X’s sexuality is certainly a notable feature. “Void” is a letter to his earlier self, beginning with “Hello, old friend from the road/I wanted to write a note,” a familiar opener that reminds listeners of the many confessional notes-app tweets that the artist has addressed to fans, as well as a nod to his earlier single “Old Town Road.” Lyrics like “See, I’m getting tired of the way I’ve been living/I’d rather die than to live with these feelings” reference the artist’s prayers to God to rid him of gay thoughts. He also candidly references men he’s seeing in “Scoop (feat. Doja Cat):” “I ain’t talking guns when I ask where your dick at,” which makes for an upbeat, raunchy song showing Lil Nas X revelling in a joyful and public display of queerness.

Rolling Stone has branded the album’s lyrics as “confessional,” although Lil Nas X shares more about the struggles of seeking commercial success than he does about struggling with his sexuality. In a 2020 interview, the artist spoke on his decision to not explore his sexuality in his music as much as other themes, focusing on the burden of responsibility: “I 100 per cent want to represent the LGBT community […] [but] I don’t want to encourage them to do something they don’t 100 per cent want to do. Especially in, like, middle school or high school. Because it’s just super hard.”

Montero as a whole dedicates more time to Lil Nas X’s commitment to success, and is especially focused on the gravity of his decision to leave college and pursue music full time. Lil Nas X writes in “Dead Right Now” about his father’s warnings as he began his career: “He said ‘it’s one in a million chance, son,’ I told him ‘Daddy, I am that one.’” These lines feel in conversation with the later song “Tales of Dominica,” where Lil Nas X writes: “Hope my little bit of hope don’t fade away/I’ve been living on an island made from faith.”

As listeners, we are able to glean into Lil Nas X’s determination to battle the hardships that accompany his commitment. In “Dead Right Now” Lil Nas X emphasises how high stakes success was for him: “If I didn’t blow I would’ve died tryna be here/If it didn’t go, suicide, wouldn’t be here.” This continues, in “Sun Goes Down:” the artist writes “I wanna run away/Don’t wanna lie, I don’t want a life/Send me a gun and I’ll see the sun/I’d rather run away.”

Related to this is Lil Nas X’s relationship with his family, something that he has previously  only minimally touched on – but Montero feels like a diary, bringing his audience closer to him than ever before. In past statements, Lil Nas X has briefly mentioned a turbulent relationship with his mother due to addiction. In “Dead Right Now,” Lil Nas X writes “My momma told me that she love me, don’t believe her/When she get drunk, she hit me up, man with a fever.” Listeners were quick to misinterpret, accusing Lil Nas X of not helping his mother enough, which forced the artist’s father to take to Instagram and share that “@lilnasx is the greatest kid a parent can be BLESSED with. Although his mom is in a struggle with an addiction she’s STILL a QUEEN and he goes through great lengths to make sure we’re taken care of.”

The lyrics, and the subsequent efforts of Lil Nas X’s father to support him, reveal more of his personal life than has been shared before. However, Lil Nas X has not compromised on the quality of his music, still committing to a genre-bending, eclectic artistry that feels distinctly him. Sitting at “an impressively eclectic sweet spot between hip hop and pop,” the album is an amalgamation of genres that are ultimately linked by the artist’s unique lyricism and catchy melodies.

The album ends on a jewel: “Am I Dreaming (featuring Miley Cyrus).” The song is a masterpiece, building on previous tracks that have unpacked Lil Nas X’s journey to the top. Conversely, this track focuses more on the struggles which artists — particularly those who have explored their sexuality in a public manner — face once they’ve achieved success. The second Lil Nas X track to features Miley Cyrus, a perfect choice as a queer musician who has faced years of criticism for her own sexuality. The lyrics look at the pain that comes with public scrutiny: “Tears running dry, shattered inside, but I still gotta smile/As I’m sinking, I relive the story/Glitter comes off, battered and blue, but I gotta go on/As I’m singing, I rewrite my story.” Speaking to a shared experience, the song forces listeners to consider the ways in which young queer artists are heralded as role models and held to impossibly high standards.

Montero is one of the most beautiful, soul-baring albums of our generation. Revealing a side of Lil Nas X which the public has never seen before, the 40-minute album is a long diary entry that invites listeners to meet Montero Lamar Hill. Musically complex, this album is evidence that Lil Nas X will continue to be one of the defining genre-bending musicians of our generation. Summing it up himself in “Industry Baby,” Lil Nas X takes a moment to throw his success in the faces of those who said he wouldn’t make it big: “And this one is for the champions/I ain’t lost since I began, yeah/Funny how you said it was the end, yeah/Then I went did it again, yeah.”