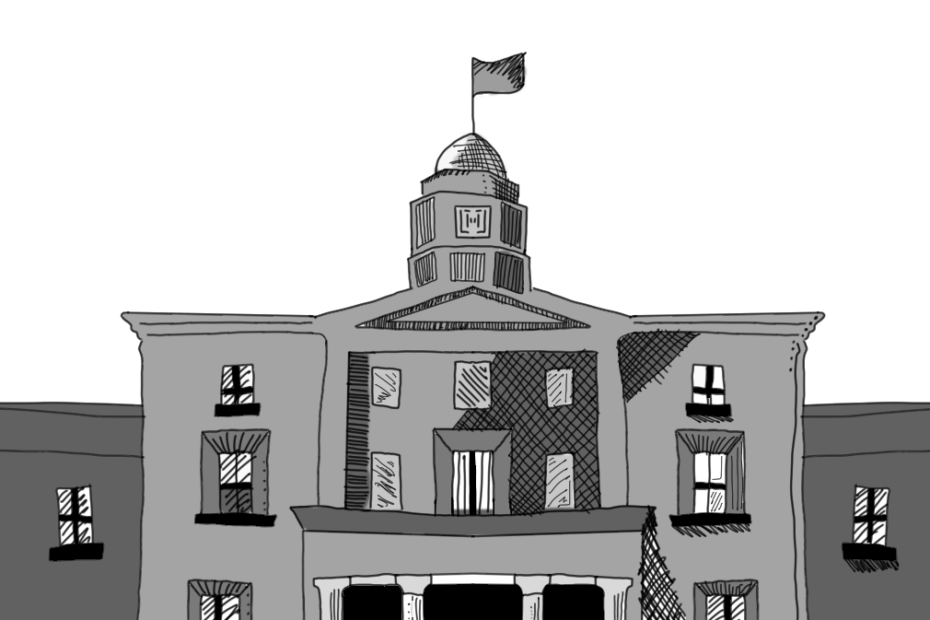 As McGill prepared to return to campus earlier this year, it became increasingly clear that guidelines given by the administration did not particularly favour the wishes of students and faculties. Several weeks into the semester, these concerns have gone largely unaddressed, and continue to develop. The Daily is starting a column in which we will dissect the disconnect between the McGill administration and the university community, and respond to new developments related to in-person learning.

In the weeks leading up to the Fall 2021 semester, faculty members began to express concerns regarding the University’s preparedness for in-person teaching. Students and faculty were particularly frustrated with the university’s lack of accommodations and vaccine mandates, and how they would endanger the safety of those in the classroom.

In an interview with the Daily, Richard Gold, professor in the Faculty of Law and the Faculty of Medicine, explained the lack of warning and time for preparation given to faculty before the start of in-person teaching. According to him, faculty were under the impression that most classes would be taught online up until right before the start of the semester. They were then told that classes “might not be online,” and if this was the case, there would be social distancing. Eventually, social distancing measures were completely lifted in the classroom, weeks before the start of the semester. “It made it very hard for professors to adjust [and] to take into account the circumstances to keep their students safe,” said Gold.

McGill administration’s approach to addressing these concerns and requests for accommodations has been lacking, according to Gold. He expressed frustration at his months-long attempt to contact the administration regarding their policies. “The scientific experts at McGill, medical experts, epidemiologists, everybody who knows this have been talking to them, trying to get in touch with them, trying to get them to listen for months and they won’t listen and they won’t explain,” he says.

On August 29, a memo was sent to faculty members from Provost Manfredi on the subject of faculty concerns and the return to campus. In the first paragraph, Manfredi acknowledged that “a small number of academic staff are reticent and have intimated their intention not to teach on campus,” and that this “threatens to compromise the learning experiences for students.” The memo further states that “academic staff are not permitted to determine, unilaterally, that they will teach remotely rather than in-person,” and that “fear about campus safety, residing in another jurisdiction, or concern about relatives who might be at heightened risk or exposure to COVID-19, including those living under the same roof” are not valid reasons for teaching remotely.

This memo is problematic, according to Gold, as it is not a proper interpretation of McGill’s policy. Article 7.5 of the McGill statutes, the highest law in McGill, gives control to the faculty council to make decisions about teaching subject to the rules of the Senate. As there are no rules of the Senate that discuss modes of teaching, the decision-making is left to the faculty’s discretion. Gold explains that there has been a decades-long norm where faculties do this. “The proper interpretation of the power is that it lies in faculty council,” he explains, “and by the Provost trying to say he gets to decide what is good or not is […] ultra vires,” that is, an act done without appropriate legal authority.

Andrew Kirk, President of the McGill Association of University Teachers (MAUT), reiterated the importance of academic freedom in an interview with the Daily. He explained that an important aspect of academic freedom is the freedom to choose the modality of teaching that professors feel would make most sense for pedagogical reasons. “If that includes some aspects of online teaching then they should be able to do that,” he said, “And we felt that the Provost was overstepping his bounds in terms of saying no.”

In Gold’s opinion, Manfredi’s memo also violates provincial law, specifically the Quebec Charter of Human Rights and Freedoms which outlines health and safety standards and prevents discrimination. “The University’s policies discriminate against pregnant women, immunocompromised students, [and] students with very severe illnesses,” he says. Gold also explains that the policies discriminate against people on the basis of family status; “If I live in a multigenerational home or I’m taking care of a parent or small child who is more susceptible, again it discriminates.”

Kirk outlined the many obstacles professors face in requesting accommodations to teach remotely apropos Manfredi’s memo. He described how many faculty members who seek accommodations have been told that to receive accommodations you must have a medical note from a doctor “essentially saying that it would be unsafe for you to be on campus.” Not all faculty members filing requests have conditions that would warrant a doctor’s note, according to Kirk, and seeking a medical professional in Quebec who can generate such a note is a great challenge for many. He further stated that there are faculty members “who have family members who are immunocompromised or dependents who are immunocompromised, who they’re concerned about passing COVID onto and have a genuine concern about increasing the risk in their family;” faculty members in situations like this would not be granted accommodations for remote teaching, as they themselves do not have a medical reason.

Community and faculty members have vocalized concerns through several outlets, such as social media, op-eds, and open letters. Overall, Gold says that the administration has so far respected the private right of faculty to express themselves. He stated that administrative responses have been polite, but have misstated the law and have been “insulting in […] content.” Gold further acknowledged, however, that he is a full professor and therefore “less worried than […] junior colleagues who, even though they do have protections, are still worried.”

Kirk also stated that there has been the underlying implication in some of the administration’s communication that professors are “lazy” or “unwilling” to go into the classroom. He says that this is not the case at all, and the majority of faculty hesitations to teach in-person stem from safety concerns and the wish to reduce potential case increases on campus that would result in an absolute return to remote learning. “We want in-person teaching,” Kirk explained, “but we want safe in-person teaching, and we want those who do have genuine concerns to be able to teach remotely without having to jump through a lot of hoops.”