Cabin Fever: A Review of ‘A Beginner’s Mind’ 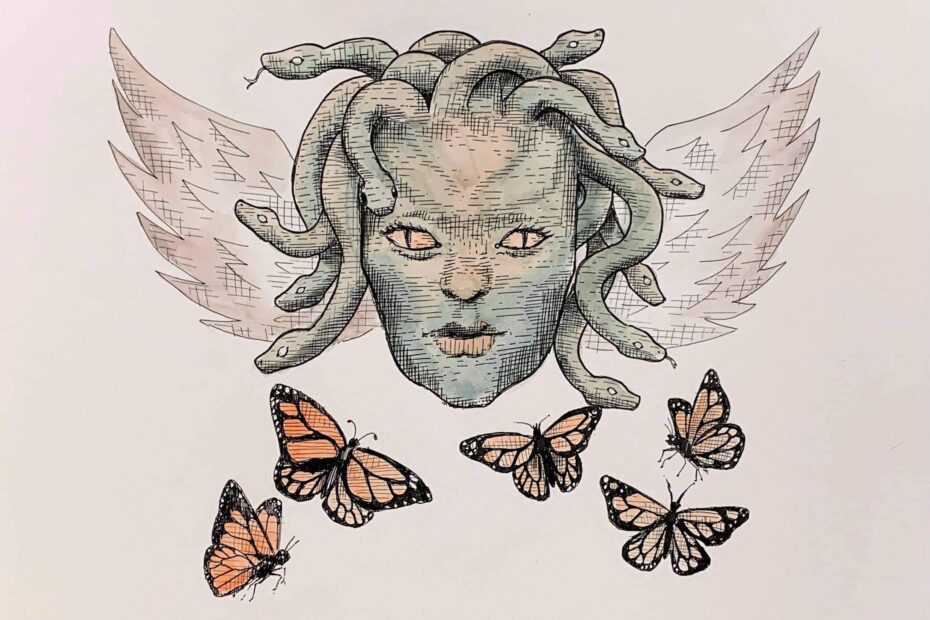 With the dawn of fall comes the release of great indie-folk albums (think: Stranger in the Alps by Phoebe Bridgers or Damien Rice’s 9) and Sufjan Stevens’ most recent collaboration with Angelo De Augustine beautifully follows in this tradition. Released through Asthmatic Kitty Records on September 24, the album could have easily fallen down the Spotify abyss of endless indie playlists, but rest assured: the labelmates’ new record is so dreamy, you’ll want to listen to every track from beginning to end.

A Beginner’s Mind, Stevens and De Augustine’s first collaborative effort, was written during a one-month stay at a friend’s cabin in upstate New York. Cozied up by a crackling fire, the artists watched movies every day for inspiration and composed a total of 14 songs, each of them inspired by a film they had seen. Despite choosing motion pictures that cover a wide array of genres, such as “Night of the Living Dead,” “Return to Oz,” and  “Bring It on Again,” the result is surprisingly cohesive.

The album opens with “Reach Out,” an invitation into the duo’s reverie. The piece sets the tone for the LP by offering the same beloved folk ambiance as the one in Carrie & Lowell, an opus that was revered by both fans and critics alike back in 2015, and the equally charming Songs for Christmas (2006), one of my personal favourites. The song was inspired by Wings of Desire, a 1988 film that follows two angels as they wander the streets of postwar Berlin. The allusion to the two songwriters’ own withdrawal from society is hard to miss, as they harmoniously sing about “a time and place where history resigned.” With A Beginner’s Mind, Stevens and De Augustine offer their own take on the recluse aesthetic that has been guiding the creative process of many folk artists for some time. Indeed, many of their predecessors have also written and recorded songs in isolation; Bon Iver’s For Emma, Forever Ago, was famously written in his father’s remote hunting cabin in Eau Claire, Wisconsin. More recently, folklore by Taylor Swift was recorded at the Long Pond Studio, an isolated recording space in the Hudson Valley.

Stevens and De Augustine’s compositions were born out of a creative film-viewing experience, but their album is nonetheless based on a concept that has already been explored multiple times in the indie genre — particularly by white artists. The isolation album has become somewhat of a trope among folk songwriters and the musical exile narrative is slowly getting old. Moreover, the historically problematic role of wilderness as a tool of colonialism in the United States is, to a certain degree, perpetuated by these kinds of projects. Indeed, the idea of getting back to nature and engaging with wanderlust to foster creativity is rooted in settler privilege. Indigenous peoples often do not have the privilege of escaping to nature, although these lands belong to them: cabins and cottages are expensive second properties owned by the affluent. When enjoying a piece of music inspired by the cottage recluse aesthetic, you should keep in mind that these idealized sites are not always pristine, uninhabited lands, and are predominantly owned by the white and wealthy.

Despite these few shortcomings, A Beginner’s Mind’s cozy cabin ambiance is inviting. The tone is not dark, as is common in many cabin albums. Instead, the collaborators distance themselves from the cliché concept by proposing a more blissful sound. “This Is (The Thing)” is a piano-driven solace that showcases the duo’s swooning soprano voices. The lyrics are sung in a peculiar meditative hush, providing a sense of stillness. Other notable moments include the eclectic guitar groove of “Back to Oz” and Stevens’ signature dreamlike acoustics in “Fictional California,” whose lyrics are sometimes amusing (“our school spirit was defined by dance and drama”) sometimes glum (“I look alive but I feel so dead, inside I’m bleeding.”) Themes and lyrics go in every direction, which means that it is up to the musical arrangements to hold the album together. The skillful musicians make use of every instrument from bass and drums to harp and jingle bells, but never resort to the elaborate instrumental sections associated with film scores. Rather, they aim for a simpler sound, one that is in line with the stripped-down, natural melody indie fans are so fond of. Even their voices participate in this mystical amalgam; the two men’s harmonies are so tight, it is hard to tell whose voice is whose.

When compared to the rest of Stevens’ discography, A Beginner’s Mind does not offer much innovation. That said, it would be unfair to reproach the Detroit native for a lack of originality knowing he has released 12 full-length studio albums and authored over 200 songs. Seriously, what more could you ask of an indie rocker who has already released two Christmas albums? Illinois (2005) and Carrie & Lowell (2015) remain his best records to date, but this new collaborative opus certainly delivers what it had promised: gentle melodies to cozy up to this autumn.