A disappointing subplot severely detracts from a narrative full of potential 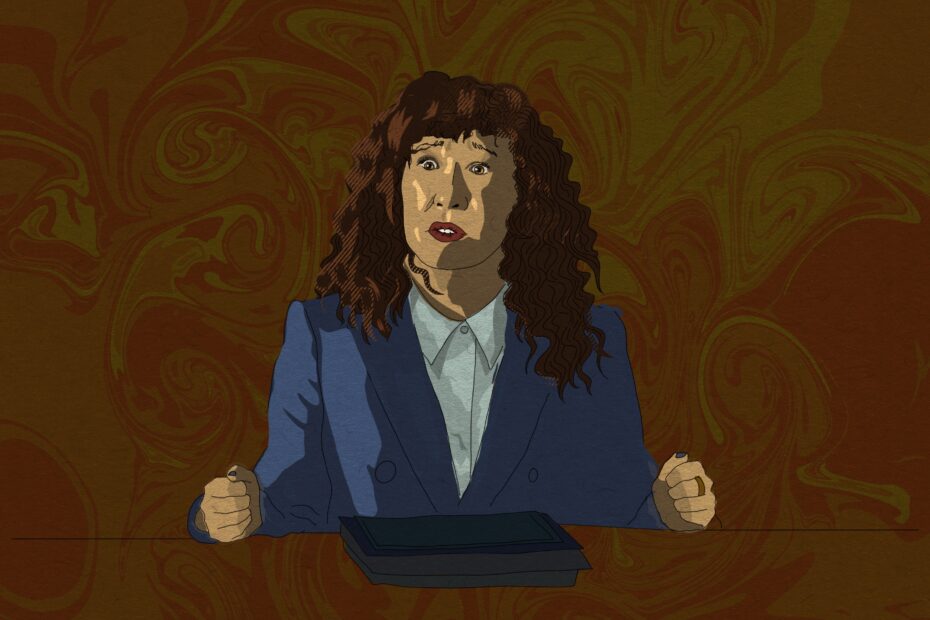 Sandra Oh is, unsurprisingly, a powerhouse in Netflix’s The Chair, a new six-part Netflix miniseries from Amanda Peet and Annie Julia Wyman. The show follows Ji-Yoon Kim (Sandra Oh) in her role as a newly appointed Chair of the English department at the fictional Pembroke University, the first person of colour to hold the position. While we see Ji-Yoon fight for the tenure of her Black colleague Yaz McKay (Nana Mensah) – a complex storyline shining a light on the difficulty to evoke change in University administrations – a more disappointing subplot shows Bill Dobson (Jay Duplass) go unrealistically viral for doing a mocking Hitler salute during a lecture. This subplot takes up swathes of an already too-short series’ time, and while the rest of the show engages audiences with realistic experiences of women of colour in academia, this storyline risks a loss of interest and reads as a somewhat lazy moment of writing.

Bill is filmed doing the Nazi salute when punctuating the word “fascism” during an absurdism lecture – the students have begun filming following a few tame quips from the Professor regarding alcohol and marijuana. The moment feels overly convenient, written in to allow for Bill’s offence to be caught on camera. The plot point may be indicative of a lack of young voices in the writer’s room, who could have provided clarity about the real nature of current classroom environments where it’s unlikely that so many students would be filming such an initially minor event at once. Moreover, the accusation against Bill is “neither compellingly realistic […] nor outrageously parodic” – it’s something there just isn’t time for in a series that runs only three hours long.

This subplot does somewhat re-centre Ji-Yoon’s narrative: it highlights the burden on women, particularly on women of colour, to clean up the white man’s mess. However, it’s ultimately a distraction from the more compelling plot line of Yaz’s battle for tenure, which is constantly obstructed by the interests of donors and older men in the field. The Chair would have been a more compelling series had this subplot been given more time and attention, and it’s a real shame that this plot line is not followed in more depth given the all-too common nature of the story in the real world. Yaz’s story also feels derailed by Bill’s blunders, where student voices are delegitimized and portrayed as overly woke – a disappointing generalization when these are the same students fighting in support of Yaz’s battles with administration.

It’s worthwhile still to consider the merits of the show aside from this subplot. As always, Sandra Oh is a beacon in the cast, shining as the lead, and complemented well by the equally talented Nana Mensah in the role of Yaz. In commenting on their characters, Oh expressed the importance of the characters’ intertwining plot lines: “One of the things I’m very proud of about the show is that you’re seeing two women of colour, of different colours, actually really speaking.” This is definitely one aspect of the show that is highly successful: Yaz and Ji-Yoon’s experiences as women of colour in academia are platformed in a way that has perhaps never been done so deftly before.

The show serves as a relatable narrative to individuals whose own narratives are not often so well represented on screen, particularly in the fraught relationship between Ji-Yoon and her adoptive daughter, who has a great deal of struggle in her own identity. Moreover, the storyline does seek to empower, dealing with stories at the intersection of race, gender and class. As Oh notes, these intersections make this a crucial story to tell: “With all those plates spinning, millions of people and millions of women are doing the exact same thing 24/7.”

Ultimately, though, Bill’s subplot detracts from the focus on these stories. It feels like it’s pandering to “cancel culture critics who think white men are being forced to apologize for things they didn’t do,” and makes the show feel timid in its writing, not daring to dive into more serious conversations of on-campus life. The students are depicted as overly accusatory foolish young people, who know nothing about the accusations they claim and are oddly unclear in their requests for a resolution, which is a betrayal to the more serious plot lines in which these same students play a pivotal role. Though this is disappointing, the show is otherwise well-made, phenomenally acted, and full of potential in its dissection of outdated and discriminatory academic practices, giving viewers hope for more cutting plot lines and less lazy writing should it be renewed for a second season.