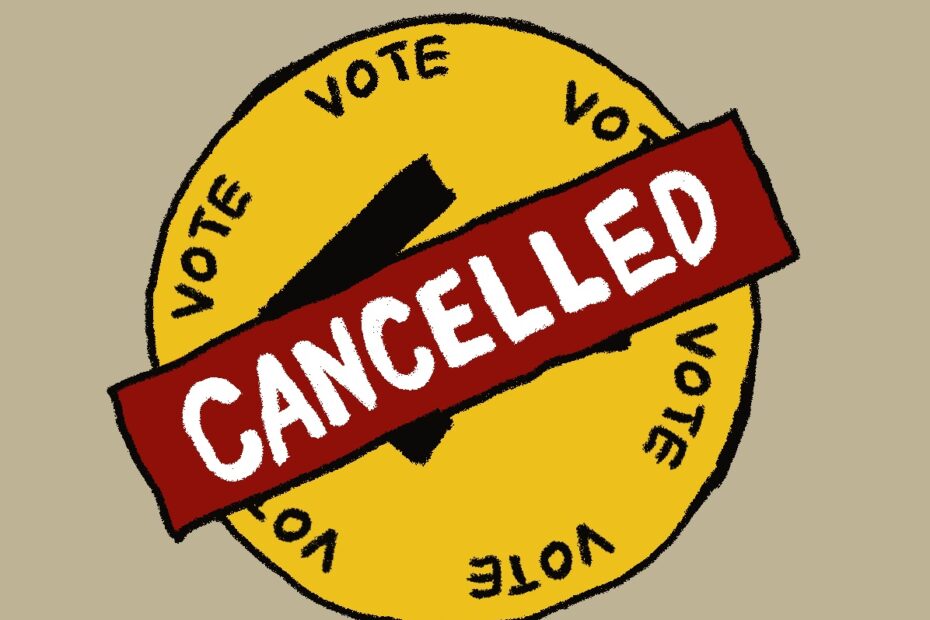 With the Canadian Federal Election soon approaching – the Liberals having called a snap election for September 20 – people across the country are preparing to vote in this unique election, the outcome of which could have drastic impacts for Canada’s future.

This year, 40 per cent of all eligible voters in Canada are Gen-Z and Millennials; and yet, no efforts have been made to ensure that voting is accessible to one of the largest voting groups. Elections Canada recently announced that it will not be making available the Vote on Campus Program, which in the past has dramatically propelled voter turnout among students and the youth. They cited “student presence on campus [being] uncertain because of the pandemic” and having “no clear fixed election date” as justification to cancel the program.

Students and student organizations are voicing their concerns about the impacts of this decision on their ability to vote – and consequently, voter turnout. Camellia Wong, the communications director of Future Majority, a non-profit organization educating and empowering young Canadians to vote, spoke on behalf of Millenials and Gen-Zs who feel that their vote is being devalued: “We see this cancellation as damaging to our democracy.” In a reader’s letter to the Toronto Star, Diane Letsche stated that in not implementing the Vote on Campus Program, Elections Canada has “dismissed [students’] right to vote.” An online campaign created by student Esmé Decker, circulating on You Lead Now and advocating to resuscitate the Vote on Campus Program, has garnered over 21,000 signatures by supporters. It claims that as they are already away from home, students find it increasingly difficult to take time out of their busy schedules to go far from campus and vote. There is also the added problem of finding adequate and reliable transportation. Calling the reasons for cancelling the Program “unjustified,” the campaign accuses Elections Canada of “voter suppression.” Even New Democratic Party’s (NDP) leader Jagmeet Singh urged Elections Canada to “reconsider its decision to not have on-campus voting stations in an effort to make voting more accessible for young people.”

Not only is the suspension of the Vote on the Campus Program detrimental to students’ democratic rights, it also affects their ability to vote for their home riding. Often, students in colleges and universities are away from home, in different cities and provinces. Vote on Campus made accessible to these students External Service Points (ESPs) – polls which gave students the opportunity to vote for their home riding through special ballots, regardless of which riding they were at. With the Program scrapped for this year, the only methods through which students can vote for their ridings are by going in-person to an Elections Canada office, by mail, or by travelling to their home riding in advance and casting their vote there. The Undergraduates of Canadian Research-Intensive Universities (UCRU), a coalition of student associations of which SSMU is a part, have written an open letter to Elections Canada, demanding that ESPs be secured on university and college campuses across Canada.

In an opinion article published by the Globe and Mail, Wong notes how the 2021 elections are different from those of past years, due to rising concerns about climate change and employment instability in light of the pandemic. Justin Fletcher, a postgraduate student at the University of Toronto, also quotes these two issues as the main focus of this year’s elections. These are all issues that directly and significantly impact the youth, with no way to effectuate concrete change

When the Vote on Campus Program was first rolled out on 39 campuses across Canada during the 2015 federal election, the 18-24 age group saw a significant voter turnout in comparison to previous years. In the 2011 election, voter turnout was 38.8 per cent, which in 2015 increased to 57.1 per cent, a significant turnout difference of 18.3 per cent thanks to Vote on Campus. Despite the successful initiation of the Program, the National Youth Survey conducted in the same year highlighted that one of the main reasons why youth turnout was still lower compared to other age groups was their perceived lack of accessibility to voting. Youth were less aware of the process to vote, less likely to be given a Voter Information Card (VIC), and thus considered the voting process to be difficult. If youth find elections inaccessible even with the Program in place, this knowledge only calls for more accessibility; if anything, this survey highlights the pressing need for the continual implementation and expansion of Vote on Campus.

Youth voter turnout decreased by 3.2 per cent in the 2019 federal elections despite the expansion of Vote on Campus, raising concerns that the turnout rate might drop even more in 2021, especially with Vote on Campus suspended. However, a survey by Apathy is Boring, an organization fostering a community of youth to engage them in political discussions and voting, in partnership with Abacus Data, found that there was a ten-point increase in the youth’s – people aged 18-30 in this case – interest in Canadian politics from 2019 to 2021. This information makes it all the more important for the Vote on Campus Program to be implemented and for the youth’s voices to be heard. After all, studies have time and again shown that habitual youth voters make for lifetime voters, and why not create a generation of lifetime voters when we have the opportunity to?
I encourage all students at McGill who are eligible to vote to use the resources available to them and cast their votes in the upcoming elections. Here is a quick guide released by CTV News on the 2021 federal election. It includes some general information about the parties running and their leaders, as well as potential ways to vote. Elections Canada outlines the different methods through which you can vote, including voting on election day, voting through mail, and voting at an Elections Canada office. You can use this easy-to-use Voter Information Service by Elections Canada which allows you to enter your postal address and locate polling booths near you, candidates from your riding, and other important information. Here are some FAQs and a template to make your election plan published by Apathy is Boring. Be sure to send in your vote before Election day on September 20.