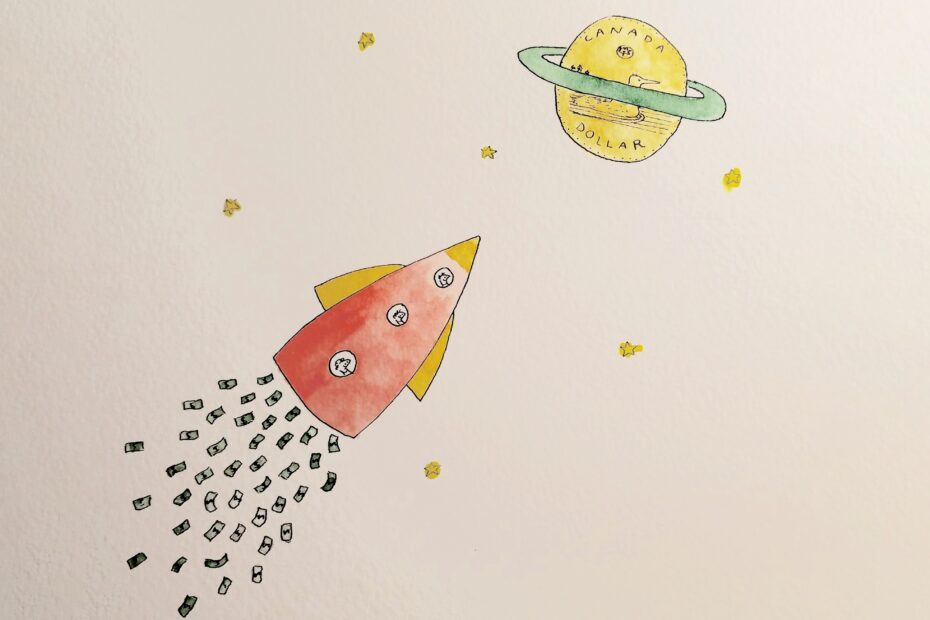 On July 20, Jeff Bezos boarded the New Shepard rocket, flying 351, 210 feet into the atmosphere. This makes him yet another billionaire to have flown into space among Richard Branson and Elon Musk, marking the end of the “billionaire space race” that had taken social media by storm. During the 11-minute joyride, Bezos potentially turned a profit of US$1.57 million, six million times the wages of his employees earning US$15 per hour. The crew consisted of himself; his brother, Mark Bezos; Oliver Daemen, the 18-year-old son of Somerset Capital Partners’ CEO; and Wally Funk, an aspirant astronaut.

The debauchery of this escapade is most highlighted by the mysterious bidder for the extra ticket. An anonymous bidder had paid US$28 million to receive the honour of boarding the ship, but cancelled last-minute due to  “scheduling issues.” To be able to casually toss US$28 million away showcases the dissonance between the pampered billionaire class and the workers who toil everyday. They create the wealth for the multinational corporations, yet they are continually abused and reap none of the benefits. Amazon exploits  workers and engages in non-consumer friendly practices, and is now looking to exploit optimistic spacefarers as well. Amazon has been notorious for coercing their workers into urinating in bottles to meet productivity quotas, having workers work over 12 hours a day, wage theft, busting unions, and astroturfing on Twitter – that is, setting up corporate accounts masquerading as employees to spread anti-union propaganda. While this space race made headlines, it was simply a reenactment that cannot compare to the technological advancements of the real space race 60 years ago. A reenactment that can confront the original would be the wealth inequality created during the pandemic. During the pandemic, over 650 billionaires had their net worths increase by over US$1 trillion. Pre-pandemic,  income inequality in the United States had already surpassed the times of slavery, and the increase in wealth for those profiting off the pandemic serves to exacerbate this issue.

This Western hyperfixation on billionaires showboating into the atmosphere creates a sharp dichotomy with the development of high speed rails (HSRs) for transportation in Asia. Most notably, a 600 kilometre per hour maglev debuted in Qingdao, China, on July 20, the same day Bezos was making his trip. The maglev is a train that uses electromagnetic force to levitate contactless above a rail, and is capable of traversing 1,225 kilometres from Beijing to Shanghai in around 2.5 hours, a distance comparable to twice the distance between Montreal and Toronto. China is not the pioneer of such technologies – in 2015, Japan developed the L0 Series which had the capability to reach 600 kilometres per hour, though it was not available for commercial use.

HSRs have long been an accessible, efficient method of long-distance transportation capable of reducing carbon emissions, and Canada is the only G7 country yet to implement them. The implementation of an HSR is a worthwhile discussion, despite the contention on whether or not it would be a viable or profitable investment for Canada. Even though the development may not be profitable, public infrastructure should be developed with the expectation of taking a loss, as long as it is beneficial to the public and makes transportation more accessible to everyday people. The presence of high-speed rail systems in other nations shows that Canada could develop something similar to build up our modern passenger rail service, increasing our ease of transport as well as being a step forward that Canada could take to reduce carbon emissions.

Most of the rockets produced during the billionaire space race expelled emissions into the atmosphere, by virtue of needing a propellant. Though sources have stated that the New Shepard did not produce carbon emissions, it’s also important to note that carbon emissions do come from its research and production process. The passenger capacity has been limited to only a few people, yet gases are still directly emitted into the upper atmosphere.

Further limitations include accessibility issues; spacefarers have historically required physical training, so there will be individuals who would be unable to handle the speeds of spaceflight. Even if this form of transportation is faster than current technologies, the previous caveats outweigh this hypothetical benefit.

An interesting outlook is provided by the development of these transportation technologies. In Asia, transportation was developed by the people for the people, applicable to everyday scenarios. In the West, this technology was developed by the people as well, the difference being that it is based on workers’ exploitation and that this technology is far from accessible to the ordinary working class – it is just flaunting wealth with subtext in the form of intangible empty words about commercializing space travel.

There has been an increased focus on spaceflight in the media, consequently sparking pipe dreams like terraforming Mars and creating frivolous commercialized space travel. Inaction and hope for future technologies to act as a deus ex machina only serve to create complacency and distract from how our planet is quite literally burning up. Wildfires and record-breaking heatwaves are devastating Western Canada and the rest of the world, and this is only the harbinger of what’s to come. These pipe dreams are quite easy to drift into in the face of dire events, but it is also important to think critically, as these fantasies are illogical and antithetical to the solution of these problems – if technology could be utilized to terraform Mars to a habitable state, it should also be applicable to Earth. Our focus for research and development should be on the planet humankind is currently inhabiting, not trying to start a colony based around indentured servitude on Mars. A target for this focus, where the technology is attainable and where other countries have already adopted, is public transport, which will incidentally address pressing climate change and wealth inequality issues.