Statement In Solidarity With Palestine 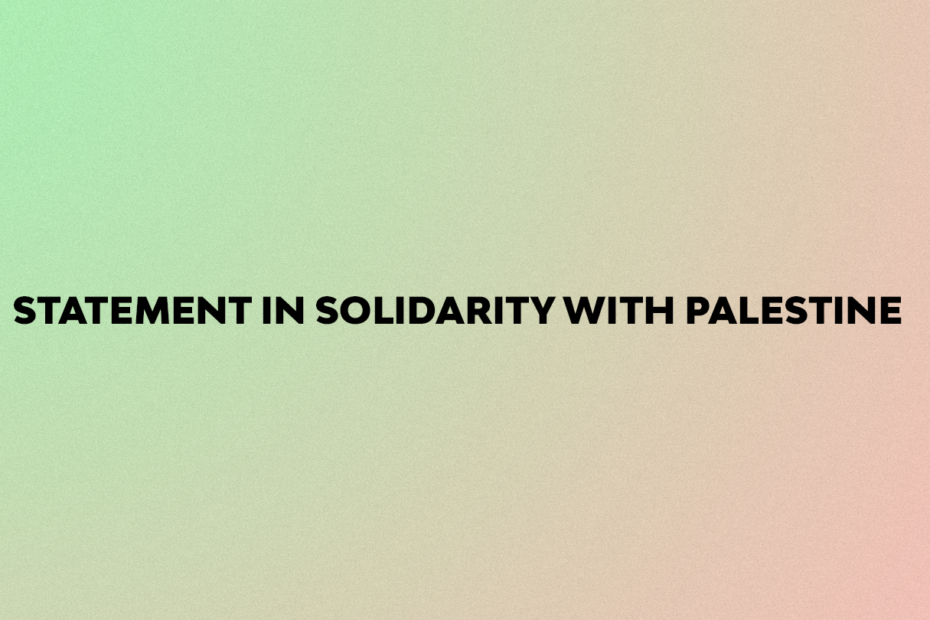 The McGill Daily Editorial Board stands in solidarity with Palestinian civilians who are being forced out of their homes, violently attacked by Zionist occupation forces, and bombed in the Gaza Strip.

Our commitment to anti-oppression includes an obligation to fight for a free Palestine. The Daily will continue to support Palestinian human rights and the Boycott, Divest, and Sanction (BDS) movement. We encourage our non-Palestinian readers to educate themselves using the resources provided in the next slides. It is essential to centre the voices of both Palestinian in occupied Palestine and diaspora in conversations about the occupation.

Sign the petition urging McGill University to divest from Israeli companies and update the discrimination and racism policy to reflect the needs of Palestinian, Muslim, and Arab students.

We also encourage our readers to join us today in standing with Palestine from 3:30pm onwards at the Y-intersection on McGill campus for a solidarity movement organized by SPHR McGill to resist institutional silence from the McGill administration, which will then be heading to a rally in support of the Palestinian uprising and general strike at the Israeli consulate at 5pm. Protesting and putting political pressure on the Israeli settler colonial state in accordance with the BDS movement is an essential way to demonstrate solidarity with Palestinian demands.

The McGill Daily Editorial Board

The following information is taken directly from bdsmovement.net

Boycott, Divest, and Sanctions (BDS) is a Palestinian-led movement that aims to end international support for Israeli settler colonialism and apartheid, politically pressure Israel to comply with international human rights standards, and to ultimately put an end to Israeli occupation of Palestinian territories.

Boycotts involve withdrawing support from Israel’s apartheid regime, complicit Israeli sporting, cultural and academic institutions, and from all Israeli and international companies engaged in violations of Palestinian human rights. This includes withdrawing support of brands that profit from the Israeli occupation such as Puma, HP, and SodaStream, among others – a full list is available at bdsmovement.net.

Divestment campaigns urge banks, local councils, churches, pension funds and universities to withdraw investments from the State of Israel and all Israeli and international companies that sustain Israeli apartheid.

Sanctions campaigns pressure governments to fulfil their legal obligations to end Israeli apartheid, and not aid or assist its maintenance, by banning business with illegal Israeli settlements, ending military trade and free-trade agreements, as well as suspending Israel’s membership in international forums such as UN bodies and FIFA.

BDS is an inclusive, anti-racist human rights movement that is opposed on principle to all forms of discrimination, including antisemitism and Islamophobia.

Because those in power refuse to act to stop this injustice, Palestinian civil society has called for a global citizens’ response of solidarity with the Palestinian struggle for freedom, justice and equality.