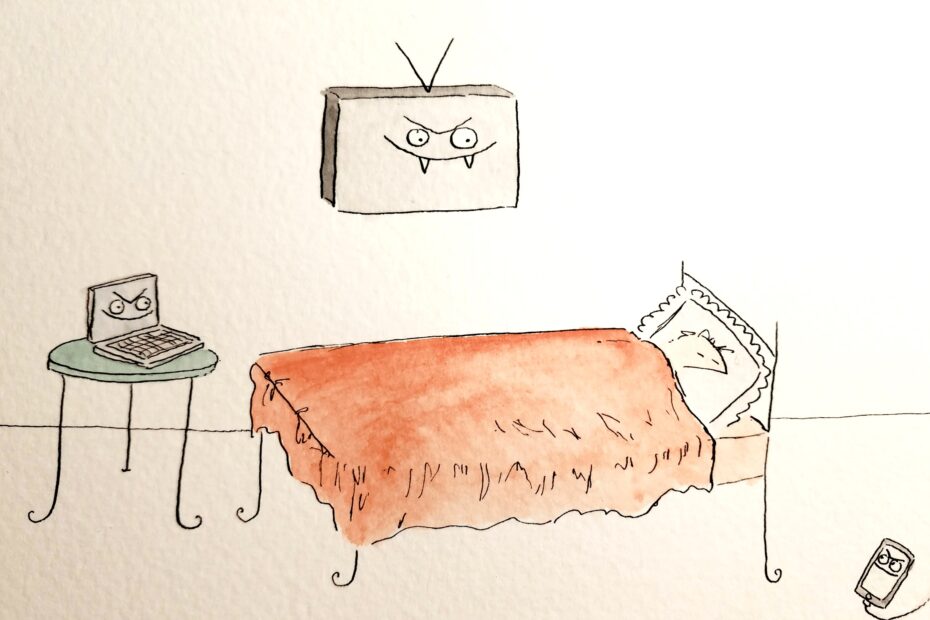 Released in 2014, the horror movie Unfriended is premised around the haunting of a group of high school students via Skype. The “hacker” is in the form of the spirit of their deceased former classmate, Laura Barns, who committed suicide due to bullying in school. The movie follows Laura’s spirit’s plan to avenge her death by slowly killing off each one of her classmates, who cannot shut their laptops off or quit the hacked “game.” No participant can escape, and no one knows what’s coming next or who is about to die.

Though this frightening inescapable online threat may seem improbable to us in daily life, hacking is a real threat. There are estimated to be approximately 4.66 billion internet users worldwide. This increased interconnectability of the world also increases the risks that we are exposed to. Instead of supernatural forces such as Laura’s ghost in the movie, real people can watch and track our every move online. According to Security Magazine, there is a hacker attack every 39 seconds. Due to the growing usage of online applications such as Facebook and Instagram, with the former having approximately 5.2.79 billion users worldwide, we are more vulnerable online than ever-before.

Many of us scroll hurriedly past the “terms and conditions” of applications and websites, which is arguably the most important part of creating any personal account, as we consent to the application and website having access to all of our information. This includes personal details, contacts, location, and even pictures. In a case where a data breach occurs (a security incident in which information is accessed without authorization) this highly sensitive information can be leaked to third parties such as hackers, and put one’s safety in danger. Hackers can acquire your information through pre-coded links made to grab your IP address and other personal details to make you identifiable.  Online predators can make use of this information to not only find your name and location, but information like your email addresses, passwords, and home addresses. Apart from cyber harassment, this availability of information can also lead to stalking. A notorious case is that of Randi Barber & Gary Dellapenta. Barber and Dellapenta were members of the same church, with the latter developing an obsessive infatuation with Barber. After being banned from the church congregation for pestering Barber in the summer 1998,  Dellapenta posted Barber’s personal information, including her pictures and home address on multiple sexually explicit websites, asking for sexual favours. This led to several male harassers at Barber’s house, who she turned away horrified. Dellapenta was then sentenced to six years in prison on charges of cyber-stalking.

This private information could also be posted on dangerous parts of the internet, such as the dark web, which refers to encrypted online content that is not indexed by conventional search engines. The internet is often depicted as a glacier, with the “darkest” or most dangerous level submerged from our point of view. We only have access to 0.004% of the internet through search engines, which leaves 99.996% of the internet inaccessible to us without permissions and passwords. The posting of this highly sensitive information on these websites can make a person subject to harassment, abuse, blackmail or false allegations, potentially aimed to tarnish one’s image. The lack of cyber rules and the failure to implement them, coupled with the ability to hide one’s information, makes it especially hard to hold the perpetrators accountable for their actions online.

Apart from gaining access to information, hackers can also gain access to images without your consent. There have been various demonstrations depicting how easy it is to hack your security camera or web camera to spy on you – many of these examples have depicted exposed video streams recorded without one’s knowledge, which could contain highly personal content. A common sign that a computer webcam has been hacked is the webcam’s indicator light turning on without the user doing anything, even after applications and browser extensions running in the background are closed. In order to protect yourself from webcam hacking, you can enable Firewall, run an antivirus, and avoid clicking on suspicious links or spam email.

In addition to spying and illegally recording content, “deepfakes” of people can now be created. Deepfakes are synthetic media in which a person in an existing image or video is replaced with someone else’s likeness. Deepfakes have garnered widespread attention for their uses in fake pornographic content of celebrities, fake news stories, and hoaxes. It is now becoming increasingly difficult to spot deepfakes, which can make it very easy to create a distorted reality and create a narrative to incriminate someone. This is especially harmful in the case of celebrities or political figures, as they have mass followings. Deepfakes of them can be used to tarnish their reputation, lose employment opportunities, promote harassment and bullying, and incite violence and similar events to the recent storming of the capitol. By creating convincing videos of political figures and promoting false conspiracies, public safety can be put at risk and spark protests or violence. There have also been various cases of deepfake pornography, which can lead to permanent emotional trauma for the victim, along with threats. In 2019, a disturbing application called DeepNude was released, aimed at undressing fully clothed pictures of women. Celebrities and every-day women were both objectified and humiliated. Though the creators later removed the application, many copies still exist, free of charge.

So does this mean we should never put anything about ourselves on the internet? No, but it does mean we should try our best to protect ourselves and think carefully about the content we put out, as we never know who is watching us or who can gain access to our information.  An unprotected computer is an open door for hackers and predators. Their clever tactics and detailed technical knowledge can easily help them gain access to information and steal or change it. Moreover, be careful about who you trust or give your personal information to online, as it puts not only you but your close friends and family at risk as well. Steps to help you increase security include enabling two-factor authentication on applications, using a VPN to hide your location, using strong passwords, and not clicking any suspicious links. Just like in the movie Unfriended, cyber threats can be extremely hard to escape, so think twice about the information you make available online.