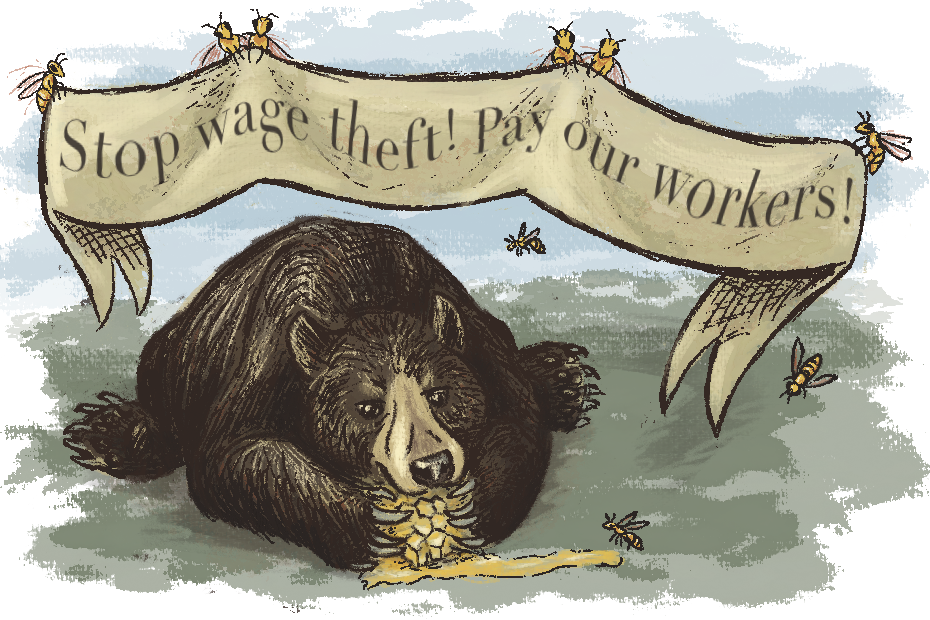 On March 2, the Association of Graduate Students Employed at McGill (AGSEM) published an open letter in condemnation of the university’s response – or lack thereof – to issues with its HR system, Workday.

Issues with Workday began following the rollout of the system last August, adding insult to the injury of already precarious working conditions. In December, AGSEM reported that more than 460 Teaching Assistants (TAs) and invigilators had not been paid within thirty days of starting work, more than 180 had not been paid within sixty days of starting work, and at least ten departments had not paid any of their TAs within the first thirty days of their contracts – all violations of Quebec’s Labour Standards Act. Two months into the Winter 2021 term, some McGill employees had still not been remunerated for their labour in Fall 2020, while others continued to face technical difficulties using Workday. “Because most of the jobs going unpaid are filled by students with limited means,” the Montreal Gazette found, “some faculty members have taken to paying them out of their own savings so they can cover rent and food.”

The Daily spoke to Jessica Rose, AGSEM’s Grievance Officer for TAs, to find out more about the open letter and AGSEM’s dealings with McGill. She explained that when AGSEM filed its Workday-related grievances last fall, the University promised it would offer “a fair financial settlement” to all affected. This offer was supposed to be “imminent,” but “[t]hey have now told us that their intention all along was to delay this discussion until the end of the winter semester.”

Frustrated and confused, AGSEM penned the open letter to alert the McGill community to the university administration’s poor handling of this situation. The authors accuse McGill of having “utterly abandoned its graduate students” before addressing such questions as “Has McGill responded with compassion to the financial hardship it has caused student workers?” – it hasn’t, they conclude – and “Does McGill take its obligations as an employer seriously?” – it doesn’t, they conclude. The authors also explain that “AGSEM has filed for arbitration and will seek the maximum penalty for McGill’s violations of employment law.”

Rose says AGSEM has received a written response to the letter from Professor Christopher Manfredi, McGill’s Provost and Vice-Principal (Academic). In this response, however, Manfredi “largely reiterates the sort of statements he has made publicly – mistakes were made, everything’s fine, etc.” In an email to the Daily, AGSEM president Mario Roy affirms that “no concrete resolution has happened yet.”

“Our demand is very reasonable,” says Rose. AGSEM is asking McGill to pay the same penalties students must pay when they can’t make their tuition payments on time: a $50 late fee plus a monthly interest of 1.24 per cent (14.88 per cent per annum). Thus, the longer the university stalls, the more it will have to pay. “At this point,” Rose adds, “they owe hundreds of dollars to each TA affected.” AGSEM is also requesting an investigation, “conducted by responsible parties nominated by stakeholders,” to determine whether McGill should continue using Workday, revert to a previously-used system, or seek out a new system.

“At this point,” Rose adds, “they owe hundreds of dollars to each TA affected.”

Something not articulated in the letter, Rose told the Daily, is that “[t]here are multiple forms of wage theft going on here.” First, AGSEM members are contracted to work a fixed number of hours. When they work and are not paid for those hours, their wages are “stolen.” Second, since the start of the Workday rollout, AGSEM has uncovered “a lot of wage theft by misclassification.” A graduate student may be hired as a TA but then asked to also do the work of a grader; McGill will hire them for this second position as well,  “just to stretch their budget.” TA’s are paid about half as much for grading work as they are for work associated with their TA position, such as holding conferences, tutorials, and labs, so this practice allows McGill to pay less for the labour of TA’s. Third, the Workday failure has created the problem of “off-the-clock” wage theft. Rose says she’s asked graduate students how much time they’ve spent in “bureaucratic limbo” – a state of communicating back and forth between HR, IT, their departments, and others expected to help them solve problems not only with Workday but also with platforms like myCourses and Zoom. “The most common answer is seven hours,” she says, “but it’s often greater.” None of this time has been compensated for, per Rose.

Asked what McGill’s biggest failure regarding the Workday rollout has been, Rose responded that “Workday’s problems at universities are well-documented” and that McGill “should have listened to stakeholders who had similar problems.” Consultation with unions and associations leading up to the rollout “was not meaningful,” moreover, “and McGill shared virtually no details” – details that would have helped AGSEM adjust its collective agreement with McGill and prepare for technical failures. Eight months into the HR crisis and with no end in sight, Rose concludes that “[w]hen a failure is so systemic, so far-reaching, this is a managerial failure. An executive failure.” McGill’s executives have failed some of its most vulnerable employees, and AGSEM “may begin to feel that McGill should face government fines in addition to punitive damages.”