Improving our Cannabis Literacy: Why we should listen to the young people leading the way 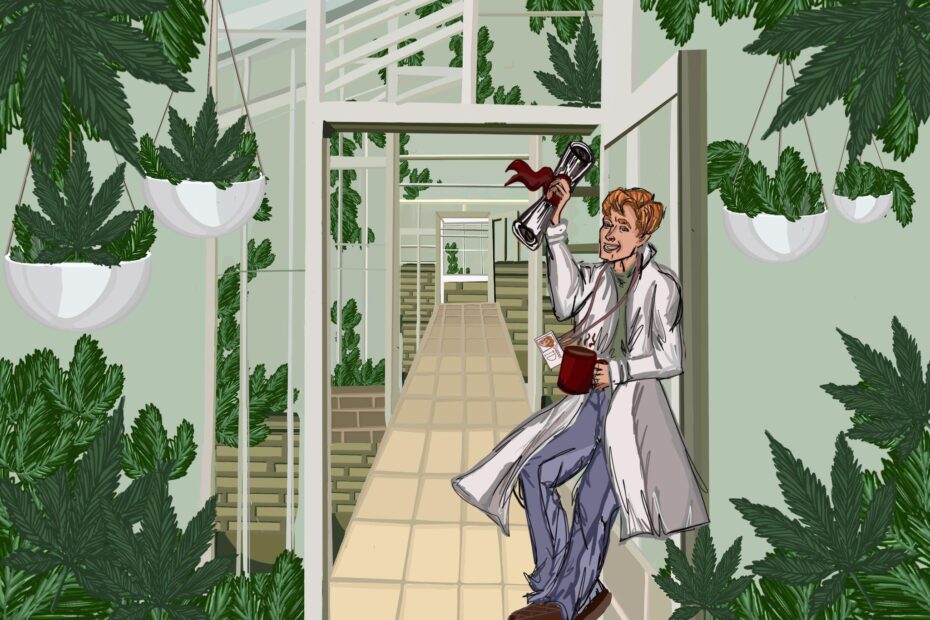 Cannabis for recreational use has been legal in Canada since October 17th, 2018. Since then, the federal government has done little to ensure adequate education for people who choose to consume, with Quebec passing an Act to tighten cannabis related legislation and raise the legal age from 19 to 21. In the wake of the government’s shortcomings, young people have stepped to the forefront of cannabis education and harm reduction, leading workshops and roundtable discussions. Resources such as advisory reports and informational manuals assist in harm reduction and empower people to make educated decisions concerning their consumption.

The recreational use of cannabis has a history plagued by stigma, first starting from the early 1900s, when it became legally required for medical products containing cannabis to be labelled as such. After the Mexican Revolution of 1910, the population of Mexicans in the southern United States increased. The Mexicans were using cannabis recreationally, instead of medicinally. When stigma concerning the climbing immigrant population started to grow, cannabis was weaponized against Mexicans in the area, as angry Americans began to claim that the plant was turning people into killers. As the years went on, various states passed prohibition laws, and the Nixon administration’s War on Drugs sealed marijuana’s fate as part of the group of drugs identified as ‘public enemy number one’.

It’s easy to see the history of what made the plant so stigmatized in the first place, but what seems to be the constant root of this stigma is a fear of the unknown, a sense that mysterious side effects of the drug will have huge negative impacts on the wellbeing of citizens. This harmful stigma is something raised by several youth advocacy groups, and something that was discussed at one of the Get Sensible roundtable discussions on March 25th, 2021. Get Sensible is a campaign from the Canadian Students for Sensible Drug Policy, and the project aims to provide evidence-based, non-judgemental, youth-led education concerning cannabis. The project notes that “authoritarian and fear based approaches to drug education don’t work,” highlighting the downfalls in our current government education programs and driving home this fear of the unknown that so many are scared of.

The roundtable discussion from Get Sensible allowed for young people from across Canada to share their stories and opinions on a democratic platform. Participants were able to pick from various topics like Harm Reduction or Mental Health, and discuss them in breakout room sessions, where they were able to explore these topics in a context more comfortable and open than the norm for discussions concerning drugs. In the Mental Health room, for instance, youth discussed how cannabis can benefit their mental health and alleviate anxiety symptoms, as well as how over-consumption can trigger negative psychological experiences. The discussion was balanced and allowed for individuals to share their lived experience in a productive manner of facilitating drug education.

Young people are leading the way in cannabis education. Get Sensible released a 75-page Sensible Cannabis Education Toolkit under CSSDP, free for all to download, and available in English, French, Spanish, Punjabi and Mandarin. Local organisation VoxCann has produced survey reports concerning cannabis use during the COVID-19 pandemic, hosted live-streamed panel discussions and produced a report titled “What Cann We Learn from University Students? Experiences with Cannabis from Youth in Universities.” Youth are prioritizing accessibility in cannabis education and are engaging in more productive outreach than the government seems capable of, and more nuanced discussion concerning usage. In a conversation with the Daily, CSSDP Chair and VoxCann founder Kira London-Nadeau commented: “Those who have learned about cannabis in schools often received information primarily from police officers, which reinforces the punitive and criminal legal-system based approach to drug use. In the absence of much-needed nuanced, evidence-based education that promotes the agency of youth in making informed decisions around cannabis use, much of the knowledge young people report comes from their own experiences with cannabis and learning from their peers. This is not to say that this way of learning isn’t useful, but it often doesn’t provide youth with the full scope of knowledge, support and resources they need to make the choices that work for them when it comes to cannabis.”

It was abundantly clear at the Get Sensible roundtable: youth are not receiving the unbiased, factual information concerning cannabis use that they should be in schools.

“A common take-away of our roundtables is that students already have a lot of knowledge, but also many questions when it comes to the science, legal, social and educational aspects of cannabis,” London-Nadeau explained. That’s why VoxCann has their own Director of Medical Content, Fernanda Pérez-Gay Juarez, who has a PhD in Neuroscience from McGill and who is responsible for the health sections of VoxCann’s workshop and outreach. Having a medical professional on board is an unparalleled opportunity for the organisation, who are able to meet the needs of young people seeking further medical information about cannabis use.

While it is excellent that youth are taking the initiative to get involved in harm reduction and drug education, the Canadian government should face more accountability for its lack of education programs following the legalization of cannabis. On some level, it seems like Health Canada is making an effort, having launched a host of campaigns to “deliver ‘honest facts’ to teens,” and pledging to invest $100 million over the next six years in cannabis education. This being said, comments that this $100 million from Health Canada will go towards “cannabis public education, awareness and surveillance” are concerning, given the vagueness of what “surveillance” means and the harmful effects that increased surveillance of citizens has on societies, particularly in minority communities. It is imperative that we do not allow our government to re-criminalize an already legalized substance.

We must demand more of our authoritative organizations, and put further pressure on the government to provide accurate health information regarding cannabis and to fund research that will benefit public health. It should be attainable for everyone who wants to learn about cannabis to be able to easily gain the information they need and improve their cannabis literacy. We must continue to productively engage in conversations about cannabis, and organisations should prioritise compensation for young people who are sharing their lived experiences, as Chapter Liaison Heath D’Alessio commented on at the Get Sensible roundtable: “If people aren’t compensating you for sharing your lived experience with them, that’s not right.”

The work of youth organisations such as VoxCann and the CSSDP is exemplar, and we owe it to student organisers to continue supporting their research by contributing to the conversations they facilitate and donating where possible to their organisations to help keep these valuable education initiatives alive. As London-Nadeau notes, it’s important to continue to “contextualise use,” given her work as a PhD student at the University of Montreal that has highlighted the increased use of cannabis by members of the LGBTQ+ community: “Among queer, non-binary and trans youth, there is more cannabis use as well as more mental health challenges, and cannabis seems to be a key tool that is used for coping purposes to address the challenges facing these youth. To me, this signals that the creation and dissemination of harm reduction tools and contextually-informed cannabis education is not only important for all youth, it’s also particularly important to support communities of young people that may be engaging in more cannabis use, such as queer, non-binary and trans youth.”

To learn more about these initiatives, check out cssdp.org, as well as voxcann.org, and download the free Get Sensible toolkit here.