From Montreal to Vancouver, student journalists continue to push boundaries 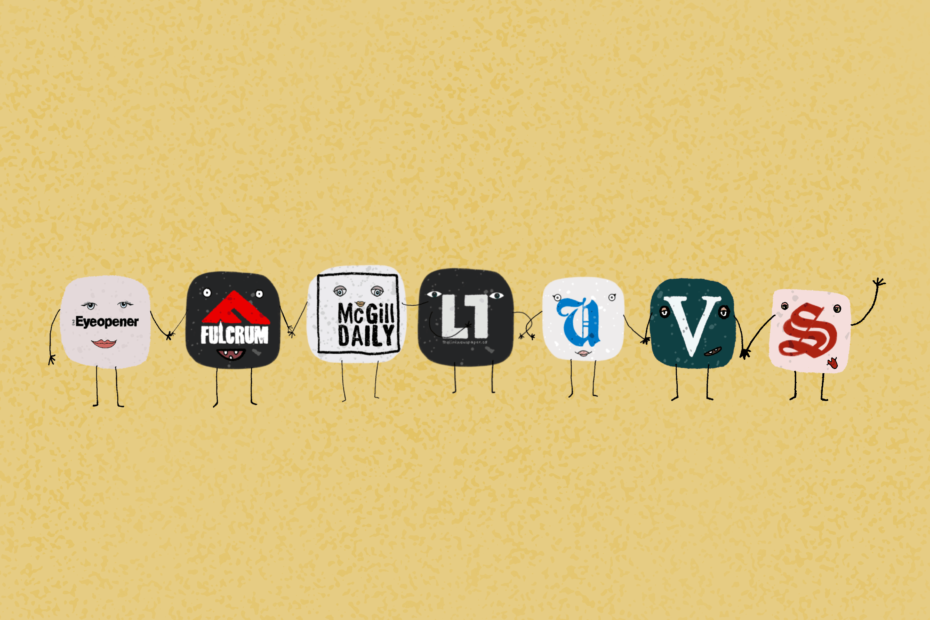 Student journalism pushes boundaries, covering important issues that affect students and their campuses that otherwise would not be reported on. Student journalists do vital work to create space for under-represented topics and communities, but this work is often overlooked off-campus. The Daily editorial board has selected some of its favourite articles from the past year to highlight student reporting that deserves a wider audience. From features on sex work and queer aesthetics to labour reporting on and off campus, the following pieces shed light on important issues affecting students and their communities.

Although there is a lot of great journalism at McGill, we wanted to highlight excellent student journalism across Canada beyond the McGill bubble. Several of our favourite articles, marked with asterisks, have been nominated for the Canadian University Press’ John H. McDonald Awards for Excellence in Student Journalism (named after a former Daily editor – not to brag).

The Link is an independent publication at Concordia University in Montreal, QC. In print since 1980, the Link switched from weekly newspapers to a monthly magazine in 2017, and distributes copies to the wider Montreal community.

Established in 1967, The Eyeopener is Ryerson University’s independent student-run newspaper.

The Ubyssey is UBC’s largest student paper, and is entirely independent, non-hierarchical, and student-run. They have been publishing weekly since 1918.

Established in 1930, The Silhouette is a weekly student run newspaper at McMaster University.

No more tests in the middle of the night: We should be accommodating for inconveniences caused by time zone differences – Jiahe Deng

“I can’t applaud the institution for doing the bare minimum”: Student reacts to McMaster’s initiatives to tackle anti-Black racism – Elisa Do

Founded in 1880, The Varsity is University of Toronto’s student publication and one of the oldest student newspapers in Canada. They can be found online, as well as in print weekly.

“Dangerous and irresponsible”: Casual workers at U of T demand sick days, draw attention to precarity of work – Isabel Armiento

The Fulcrum was established in 1942 and is the English-speaking student-run newspaper for the University of Ottawa.