Bell, We Need to Talk

About the choreographed marketing stunt to make yourself look good 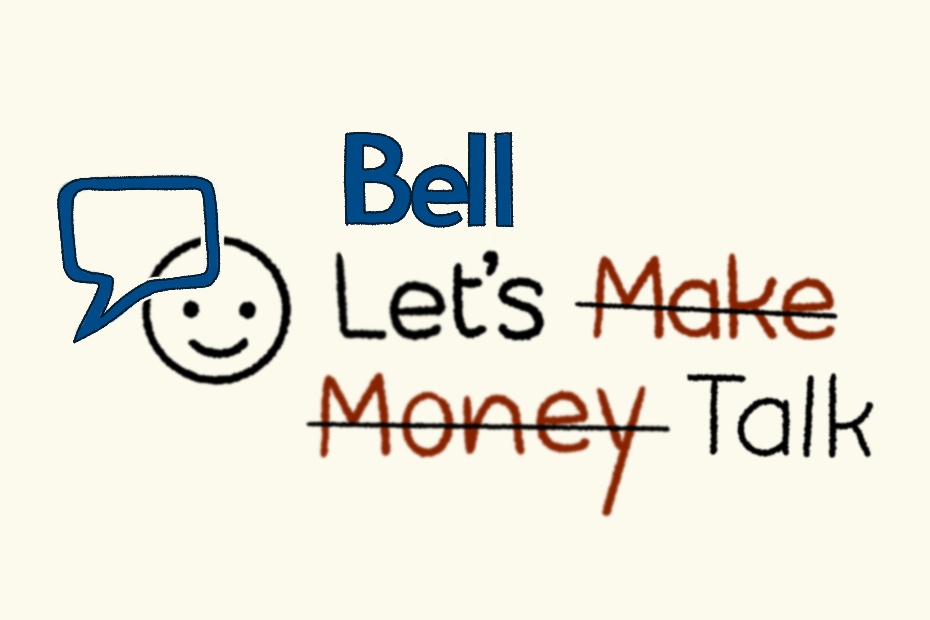 Bell Let’s Talk is an initiative that began in 2011 to raise awareness about mental health. It occurs yearly in January and for every user that uses the Bell Let’s Talk hashtag, a dollar is donated to mental health organizations. I appreciate the cause because mental health is still highly stigmatized in society and people still have to suffer in silence if they are depressed. Nevertheless, the brevity of the campaign and the actions Bell has taken against their employees with depression undermines the whole campaign.

It is disappointing how Bell Let’s Talk is limited to social media and text messaging. I do not take movements on social media seriously because I feel that they are often ephemeral and deceptive. In the summer of 2012, for instance, people suddenly started caring about the warlord Joseph Kony in Uganda. The movement lasted for a few months, but ultimately dissipated quickly as social media users latched onto another cause. Some social media users support causes that they may not necessarily agree with. For instance, when January rolls around, even the biggest of bullies start spreading the Bell Let’s Talk hashtag. It is frustrating how the same people who bully their peers for exhibiting depression symptoms abruptly proclaim themselves as defenders of mental health causes. Some people use the event to proclaim that they are always willing to listen to someone with depression, but when you try broaching the subject of depression on any other day, they will tell you to “stop being negative” or regurgitate advice that would not help someone experiencing depression.

People with depression often do not have anyone to lean on since people view them as a “burden”. Anhedonia, a pervasive lack of joy, is a symptom that accompanies depression and is often the reason why people distance themselves from depressed people. The problem is that society encourages people to cut out “toxic people” from their lives and on many occasions, people with depression are lumped into the same category as toxic people. For many people with depression, the only people willing to listen to them are therapists. Therapy is a good option for some people, but for many, the expensiveness of therapy makes it inaccessible for them. Perhaps seeing a therapist is a better option than opening up to your “friends” since therapists are generally better equipped to deal with depression than one’s group of friends. Nevertheless, it must be awfully difficult for people with depression to deal with the feelings of rejection and isolation when their peers cut off ties with them for being depressed.

Some of the symptoms associated with depression are caused by factors such as a chemical imbalance or hyperthyroidism. The media and the general public often believe in the caricature of depression as people who are sad 24/7 and cannot function normally due to depression. As soon as you stray from this insulting simplification of depression, people are quick to label you as a “liar” or an “attention-seeker”. People should see depression on a spectrum. There are a myriad of symptoms and types of depression. The debilitating effects and the frequency of symptoms vary depending on the type of depression you have.

Another factor driving the stigma around depression is the tendency of people to use “sadness” and “depression” as interchangeable terms. Sadness is a short-term, ephemeral emotion, whereas depression is a long-term feeling of emptiness and meaninglessness. When people conflate the terms, it distorts the struggles of depressed people and contributes to the stigma. It also is one of the main reasons why people struggle to understand the magnitude of depression. In many regards, confusing the terms is an honest mistake, but it is also important to reflect on the differences between the two terms. “Depressed” should not be expunged from people’s vocabularies, but people should understand that synonyms do not carry the same exact meaning.

Unfortunately these myths are still pervasive in society when statements like “depression is a choice” are considered as “sound advice” by some people. Using a “pull yourself up by the bootstraps” approach does not work with depression because depressed people often struggle to feel better. Since people can often explain why they feel sad, they also believe that depression should have a clear-cut cause. Depression, however, can affect anyone. Many successful people who appear to lead a great life suffer from depression. It is a myth that only people who are down on their luck can become depressed. It is frustrating that many people act as if you have no right to feel depressed if you are successful. It is common to be referred to as a “downer” in such circumstances.

“Bell Let’s Talk acts like it is only appropriate to talk about mental health for one day.”

Bell Let’s Talk acts like it is only appropriate to talk about mental health for one day. Depression haunts people every day of their lives. It makes the most basic of tasks a burden and contrary to popular belief, it cannot be turned off at the flick of a switch.  Depressed people, for the most part, cannot express their struggles publicly because they are immediately branded as negative. I feel like the depressed should be afforded more opportunities to express their struggles and should not be limited to Bell Let’s Talk. In my opinion, the fact that people living with mental illnesses only “get one day” to talk about depression illustrates how little society thinks of depression. No matter how much society tries to disregard depression, there is no denying the fact that depression is rampant.

It is tough to trust the campaign when Bell, a company whose actions display the utmost contempt for people experiencing depression, spearheads the movement. In 2017, Maria McLean, a radio host in Grand Falls, New Brunswick, was dismissed from her post after she provided her supervisors with a doctor’s note that recommended a two week mental-health leave. Bell is the company that owned the radio station at the time. In addition, as many as 600 employees revealed the toll that Bell’s toxic work environment took on their health. Because of these actions, I see the whole movement as a cheap way for Bell to improve its corporate image.

“The underlying problem lies in the fact that politicians, organizations, and employers focus exclusively on improving the productivity of the individual to bolster economic growth, ignoring the toll that this has taken on mental health.”

The underlying problem lies in the fact that politicians, organizations, and employers focus exclusively on improving the productivity of the individual to bolster economic growth, ignoring the toll that this has taken on mental health. Since so much of society emphasizes the importance of the economy and consumer culture, more public attention is given to  fighting over the latest incremental improvement featured in the newest iPhone than checking in on their peers who may be struggling. There are  many stories of people being fired for revealing a depression diagnosis, but the amount of movements to combat discrimination based on mental illness does not feel comparable.The masses choose to ignore the plight of the depressed because it threatens their rosy view of the world.

The sad reality is that it is likely that Bell Let’s Talk would not be as successful if the campaign was not held on social media. Perhaps it is a necessary evil. But has Bell Let’s Talk improved the situation of people living with mental illnesses? Maybe this event has turned some people into staunch mental health advocates. I applaud those who are always willing to help depressed people through the year. I think the stigma surrounding depression is still very powerful and society still has a long way to go before the discourse around depression and mental health is healthy and inclusive. Corporations like Bell should practice what they preach instead of using mental health to boost their brand recognition. To achieve these aims, they should treat their employees better, invest in mental health initiatives, and involve medical professionals in the process.