Rethinking the way we approach health 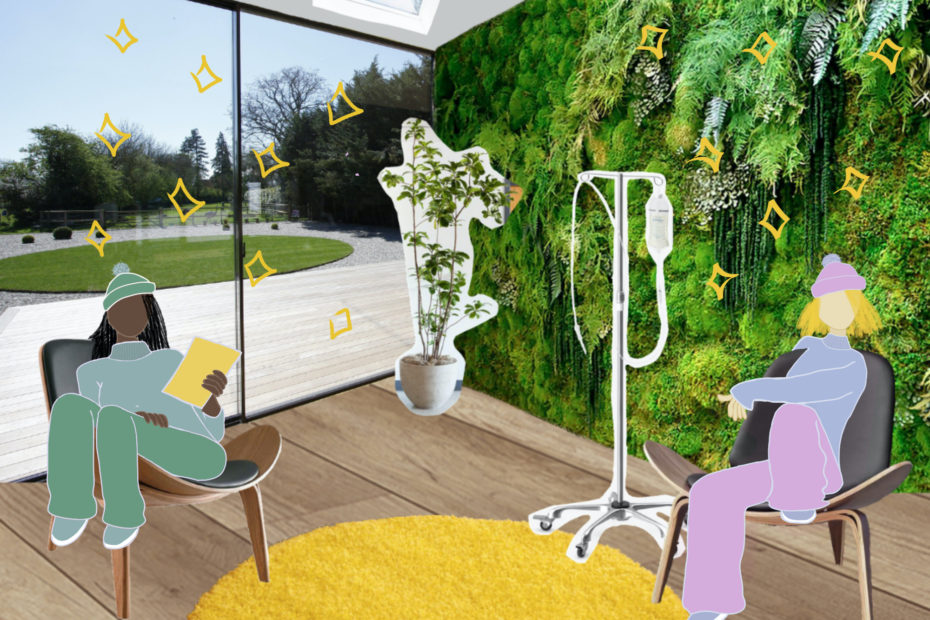 The concept of health is a multifaceted one. One might be inclined to think of it as a purely biomedical phenomenon after stepping into various healthcare facilities – whether clinics, hospitals, or care centers – where bare walls and sickly lighting suggest that achieving health entails a journey of discomfort, sterility, and most importantly, disease elimination. But more traditional notions have interpreted health as a reflection of not just physical wellbeing, but social, emotional, and cultural wellbeing as well. When the eradication or absence of disease is not always the priority, how does the external environment play a role in healing?

The field of healing architecture is not quite burgeoning, but it has continued its steady growth since its first mention in 1977. In a review published by The Center for Health Design, the goal of healing architecture is said to be designing spaces that “evoke a sense of cohesion of the mind, body, and spirit … [and] support healing intention and foster healing relationships.” Features of these healing environments include outdoor communal spaces, indoor foliage, managing pleasant aromas, and an overall focus on human needs and emotions.  These designs aim to create an environment that can support social relationships, alleviate emotional distress, increase accessibility with daily tasks, and generally provide a sense of control and coherence for the individual.

This mainstream interest in moving toward “human-centered” architecture is vastly different from the way healthcare facilities we’ve known have long operated. It is complicated by the place architecture has held in Canadian history as a tool for colonialism. Most of Canada’s colonial history has involved settlers imposing buildings in Indigenous communities, with little care for a community’s own needs or desires. As Indigenous architect Harriet Burdett-Moulton described in an interview with The Site of such an anecdote: “[the Indigenous community] did not feel that the buildings belonged to them. Southern construction crews were coming […] putting up the buildings and leaving. No one took ownership; not the government, not the designers, not the builders, and not the users.” It is well-documented too that Indigenous people suffer worse health than non-Indigenous peoples as a direct result of the residential school system, status system, systemic inequity in access to healthcare, and many other socioeconomic determinants that have reinforced this cycle. Just at the beginning of this month, the country was enraged by the medical racism endured by Atikamekw woman Joyce Echaquan and Atikamekw man Georges-Hervé Awashish, which cost both of their lives. These health inequities continue to be the most alarming and enduring of Canadian public health issues.

Indigenous architecture, which has only begun to enjoy mainstream visibility and engagement in the last decade, is described by Métis curator David Fortin in an interview with Azure: “a built creation can be part of cultural interconnectedness and sacredness starts to ‘get at the core.’ But […] also about the institutions and the thinking that have created barriers to that concept.” Indigenous perspectives have already been considered during the construction of medical facilities such as the Meno Ya Win Health Centre in Sioux Lookout, Ontario, which fulfill many of the same goals that mainstream healing architecture has advocated for. The future of healing architecture is doubly promising for local application, and may push forward the conversation on how we can divorce the healthcare system from the innate inequities of Western medicine.

It’s still important to mention the limitations that have impeded implementation of these healing spaces. Most pertinent is the fact that it is not the external environment itself that heals, but rather the social and emotional support it fosters. It’s for this reason that evidence-based health design is shaky at its best, and unreliable at its worst – there is no empirical way to measure wellbeing, how a person responds to an environment, or the tangible effects produced by said environment. While there have been strides made in proving the benefits of healing architecture, and qualitative evidence to support it, the absence of a quantitative conclusion is part of the reason why its implementation has remained sparse.

Nevertheless, the sustained interest in healing architecture speaks volumes to what still needs to be addressed in current healthcare designs. If Charles Jenks thought buildings were conceived “gigantic metaphor[s] that proclaim their own function,” then the healthcare facilities many of us have frequented can only call to mind cold machines. In a field that already has its hands full, we can’t hold our hats yet, but I am optimistic that there is a brighter future for how we collectively view health, and how we engage in a dialogue that Indigenous architects are capable of leading.