Pandemic Reflections from the End of March 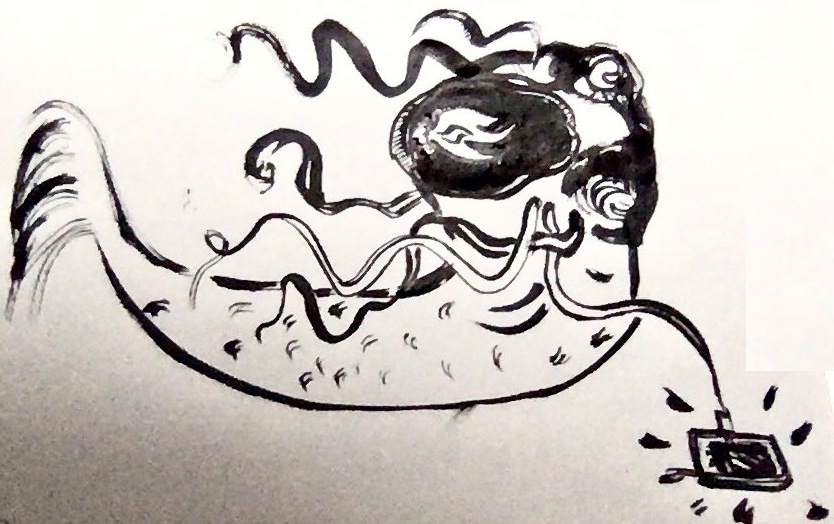 A note to our readers: In addition to re-orienting to our current status quo, this information cycle and continuous re-direction is a lot to bear. With that said, we send all the best to our readers and their loved ones. We have included a short list of health and community resources at the end of this article.

These days, everything seems to be converging on the same themes. It’s not easy to tell whether all of our filter bubbles got smaller, or just dissolved into a larger one. Collective anxiety has been palpable. Screen time is at an all time high, with everyone and their grandparents now watching and/or making TikTok challenges, communally bingeing Netflix docuseries, in-between time spent connecting on Zoom calls. Everyone now either has an MD from Whatsapp University or is a Twitter Epidemiologist (except my Mom, who thinks social media is the true virus. Some days I feel she is maybe Not Wrong). Unsurprisingly, amidst the flurry of social connections taking place online, the quest for love via dating app use has also spiked. DW recently reported that both volume and length of Tinder messages have increased over the past weeks in Europe and the US. CNBC reported that users elsewhere are increasingly finding ways to connect more meaningfully – with increases in suggestions to chat over phone or video, play online games, or watch Netflix. And while March was the longest month ever™, the current distortion of time has made finding Love Online During a Pandemic a meme already. Anecdotally, we (me) has also seen a spike in #quarantinebae TikToks. I did not personally contribute to this trend.

While the first few weeks of social distancing emphasized the need to stay connected with each other via online platforms, the more recent past has raised questions related to privacy and surveillance in these same spaces. Earlier in February, we learned from Vox that Tinder has a ton of data on you, which it sells to advertisers and also uses to tailor your most ideal matches. Zoom announced last week that it would be freezing feature updates to focus on addressing privacy and security vulnerabilities in the software which allowed it to be easily exploited. And just as we all rushed onto TikTok, The Intercept reported in-depth on the level of discriminatory surveillance the platform deploys to suppress certain types of visual content and discourse – more specifically, removing “ugly” content and forcefully restricting some users’ audiences. These have included QTBIPOC communities specifically, as well as anyone who TikTok deems outside conventional beauty norms. It’s already known that the central feature of consumer-oriented apps like Tinder and TikTok is their proprietary algorithms, which work in mysterious ways to hold our attention and keep us in our self-selected filter bubbles. Full disclaimer: this month I have also been watching a lot of Westworld with my partner (who, not unlike a lot of my peers, I met online).

While the first few weeks of social distancing emphasized the need to stay connected with each other via online platforms, the more recent past has raised questions related to privacy and surveillance in these same spaces.

Running in parallel to the call to connect online has been the use of communal shaming to reinforce social distancing, subconsciously encouraging us to watch each other closely. The line between holding each other accountable and policing our communities has started to blur. What’s more, there is a ubiquitous and highly ominous discourse around the need for (and existing lack of) high quality public health surveillance and testing. Altogether, this has bred a certain type of confusing malaise around being watched and watching others, and even more confusingly – how much we might want either of these things. For me a microcosm of all this is our current communal obsession with Tiger Kings; we can’t look away, and we don’t want to.

In Kate Folk’s short story “Out There,” she explores the perils of online dating in the era of surveillance capitalism. What’s worse: getting catfished by a robot that holds the mirror to our own preferences, or experiencing the raw dishonesty and callousness of other humans stumbling through the dating maze? We aren’t sure, and we can extrapolate the question to outside of the dating context: while mass surveillance enables abuses of power and can keep silos cemented, we are the ones setting these seeds. What our online realities are reflecting on the topics of surveillance, policing, and discrimination aren’t any different from the disparities and inequalities being currently laid bare by our current crisis, and the attempted responses to keep big capital afloat. (I’m not going to go and say: thank you virus for the collective consciousness raising that has come out of this! Because fuck that, and it’s not clear what direction we are even headed in). But it is true that “many people are realizing that capitalism is unequipped to meet the needs of people,” as Angela Davis stated at a widely-attended online teach-in. What I will say is that the level of mutual aid organizing, efforts to bring community conversations together on an even larger scale, and the ability to easily “check-in” are sustaining spirits for me (in addition to the occasional TikTok).

When I first set out to write, I wanted to write about something outside of the overbearing topic that is the pandemic. Something about Tinder and data – I followed the lead of Judith Duportail, and requested that Tinder send me all my old data. While I’ve been in a nostalgic mood of late  – re-reading old stories for comfort – I don’t necessarily recommend diving into the level of personal psychoanalysis that looking at your old dating app data has to offer (such as: the ratio of swipes left to right I’d run through the app on any given day [and why those days anyways?], all my interests, every GIF the single version of myself ever sent). Physicians everywhere have warned about the impact isolation has on mental health, and the collective impact on mental health to come in the future. It doesn’t feel like now is the moment to raise all of the alarms to cancel some of the platforms that are keeping us together, but we do have to consider that we’re all particularly vulnerable to having existing gaps in our already-lax privacy laws exploited. The declaration of “a state of emergency” gives the state more permission to waive regulations in order to better engage with citizens’ private lives and implement pandemic control measures. These added permissions make existing surveillance apparatuses (even those controlled in the private sector) potential windows to exploit.

It doesn’t feel like now is the moment to raise all of the alarms to cancel some of the platforms that are keeping us together, but we do have to consider that we’re all particularly vulnerable to having existing gaps in our already-lax privacy laws exploited.

It seems there is a lot to consider at all times, and the distance can induce the paralyzing feeling that there’s either not much we can do, or too much to be doing to prepare ourselves for the future. We have been mostly taking it day by day. Davis reminds us that now is the moment, for those of us with this ability, to act in international solidarity, to do what we can for our collective mental health, and to keep envisioning what we want things to look like on the other side.