The Weight of Fabric

Moving Forward With my Ex’s Sweatshirt

While packing to move out of my apartment, I found my ex’s sweatshirt. The cuffs were ripped open, the collar was stretched out and the navy blue colour had faded significantly. It still smelled like him, and it gave me a headache.

There are nuances to breakups that we are never taught to navigate. Am I supposed to hate him? Can he hang around my friends? Should he stay away? It gets more complicated when the relationship in question was abusive. Should I still have his sweatshirt? 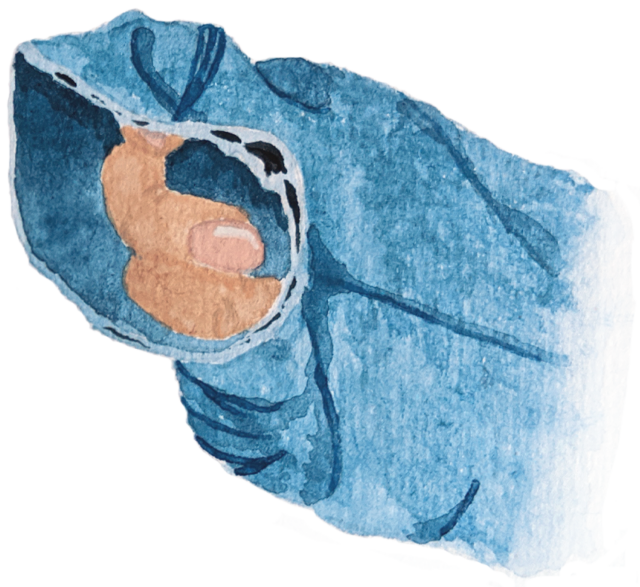 Initially, I thought about burning it, maybe cutting it into a thousand pieces, or simply throwing it in the garbage.

On our first anniversary he took me to the park where we first said “I love you.” There, he gave me his favourite sweatshirt: so big, I was enveloped by the folds of fabric, down to my knees. I cherished that sweatshirt more than anything. When we fought I would wear it to remind myself why I loved him. When I moved away, I wore it every time I missed him. When we broke up, I buried it deep in a box to forget him.

It’s been two and a half years since we broke up; two years since I realized how unhealthy our relationship was, how toxic. In the beginning, we were everything for each other, spent every possible moment together. We rode the highs to the highest point, and our lows brought me farther down than I’ve ever been. But, we were also 17, and didn’t know how much growing can change you. I (want to) hate him for everything he did, for everything that happened, but part of me will always be connected to him.

After I found his sweatshirt, I put it aside for a while, unsure what to do. Ruining it seemed too extreme.

After I found his sweatshirt, I put it aside for a while, unsure what to do. Ruining it seemed too extreme.

He encompassed so much pain for me, but I have moved on. Hate is draining, and exists for the people we can’t move on from. I don’t hate him because, among other things, it takes more energy to hate him than I’m willing to give.

I realized, as I sat there, holding this piece of fabric and crying on my couch, that I would cry at his funeral. I don’t think he would do the same for me. I wish him the best, even if he doesn’t wish me the same. I don’t love him, but I will never be unable to care for him. Some scars never fade, and some cracks are ever-present. I hope one day he will think of me and realize that I wasn’t hurt because of who he is, but because of who he was with me. 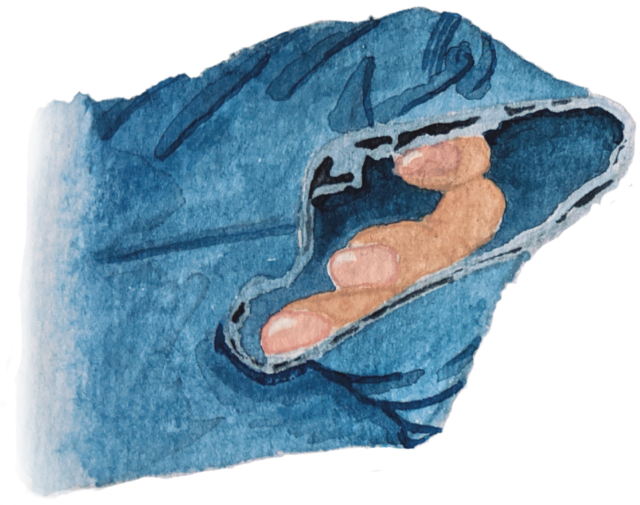 Despite the tumultuous nature of that relationship, I am grateful for it. Not because of the good times, but because I was able to learn from it. I gained compassion, self-respect, and insight. We were 17, and neither of us knew what we were doing. I only realized that his actions were not love after I stumbled upon a vocabulary for the feelings I didn’t understand. I hope he learned from it all, too. In order to move forward I need to forgive him for what happened, and I need to forgive myself for not knowing better.

Throughout this journey of healing, I’ve realized that relationships are not over the moment you walk away. Pieces will always remain to be picked up – or, in this case, sweatshirts.

There is part of me that will never recover, a part of my spirit that was broken when I was with him, that is gone. I grieved that broken piece of myself for a long time, but as I moved on, I filled it in with a happiness that came from my motivations, from learning, growing, from my dreams, and from myself, not my significant other.

Relationships are not over the moment you walk away. Pieces will always remain to be picked up – or, in this case, sweatshirts.

I decided to keep the sweatshirt. I will always be connected to him in a way that I can never recreate –he was my first love – even if it hurts. Destroying his sweatshirt wouldn’t erase my years of pain. Rather, I decided to turn this last bit of him into something new, removing him from the folds of fabric. I cut the last bit of him out of his sweatshirt, chopping off the length that would have fit him, finally shaping it as my own. I pinned it, hemmed it, and cut away the extra fabric. I remade it in the image of myself, complete with the ever-present scar in the raised fabric of the hem. The fabric, and every memory held by its threads, no longer weighed me down.

Walking to class in my new sweatshirt, I thought about texting him to wish him the best. I decided against it, and finally let go of the space he occupied in my life for so long.