Silence of the Calves

All Animals Are Equal, but Some Are More Hindu than Others 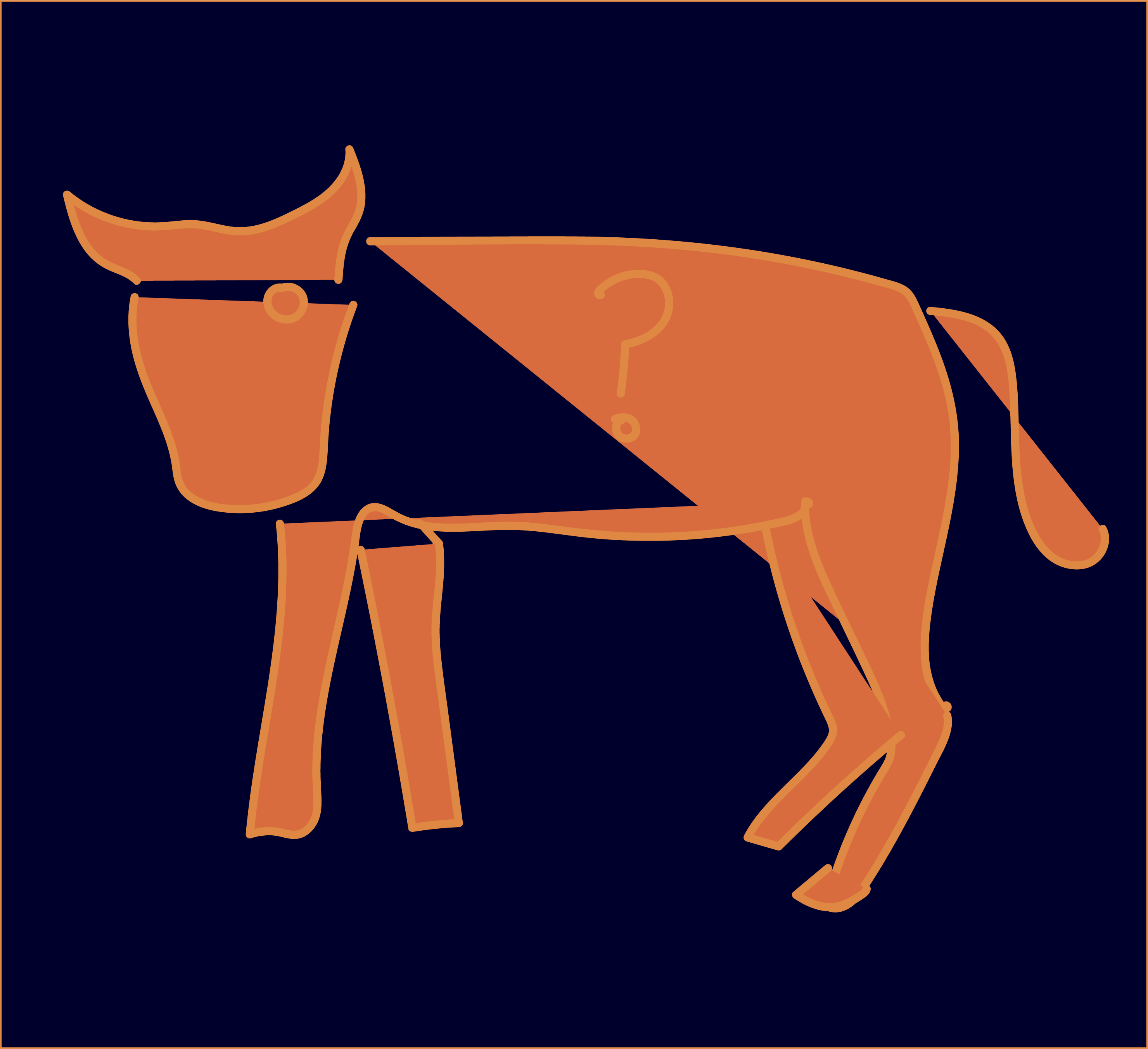 The list of questionable silences that the McGill Indian Students Association (ISA) has maintained is not limited to its recent reticence to speak openly of the widespread attacks on university students on campuses throughout India. Forget about statements on the Indian occupation of Kashmir, which intensified in August 2019, and has shown no signs of diminishing in terms of its sheer inhumanity, or other recent brutalities, like the murder of several prominent educators, activists, and journalists, or the widespread physical violence against, and murders of, Dalit and Muslim people by upper-caste Hindus, because the former were “accused of possessing beef,” and cows are “sacred” to the latter.

The ISA paints itself as a “cultural organization” and has been consistently “apolitical;” a stance which, frankly speaking, is a piece of fiction. There is such a thing as history, and recognizing its twists and turns is the only way in which culture can properly be understood. In other words, to champion culture without paying heed to what this culture does, or where it comes from (i.e. its historical grounds), is what leads to questionable takes that span a spectrum that would include enjoying Ezra Pound’s poetry to appreciating works like The Birth of a Nation (1915). So the ISA’s recent failure to understand how our cultural and political practices over the last few years led to the current impasse over the National Register of Citizens (NRC) and the Citizenship Amendment Act (CAA) is strikingly political. An apolitical subject, honestly, would’ve spoken out at this point. Simply put, the CAA relaxes older grounds for claiming Indian citizenship, and amends the definition of “illegal immigrant” for people coming to India from Afghanistan, Bangladesh, and Pakistan. Migrants from these countries who have resided in India from before December 31, 2014 and who claim Hindu, Sikh, Buddhist, Parsi, Jain, or Christian identity, are no longer considered “illegal” (undocumented) under the law. Such a law explicitly excludes Muslims from these three countries seeking similar refuge in India, including Ahmadiyya Muslims from Pakistan or Muslims from other neighbouring countries, such as the Rohingyas from Myanmar, who may be seeking asylum. The NRC is simply a “register” which contains the details and identities of those considered “legitimate citizens” of India. The government’s implementation of an NRC would require all Indians to prove their citizenship. If a resident possesses such paperwork, they are put in the NRC. However, if they don’t have this paperwork, two things can happen depending on their religious identity. If you belong to a religious community mentioned in the CAA, you will simply be a resident, but if you are a Muslim person who cannot furnish paperwork for the NRC, you will also not be able to claim residence rights under the CAA, and will be placed under direct government power, as has been the objective behind the construction of detention centres for such “illegal immigrants” across the country.

The ISA paints itself as a “cultural organization” and has been consistently “apolitical;” a stance which, frankly speaking, is a piece of fiction.

The ISA has failed Indian students on campus by not depicting their interests fairly. The rhetoric of reticence with which they open their, till now, sole statement on the protests, and the manner in which they equate fascist violence with anti- fascist demonstrations that are largely peaceful, are remarkably familiar, borrowed as they are from the mannerisms and style of global far-right leaders. Watch the Indian Prime Minister’s speech from December 21, 2019, and you’ll see how he couches his remarks on the NRC; first through oblique references, then, reluctantly, until finally, in a seeming overflow of emotion, he denounces the people protesting against this law.

I will refrain from detailing what the NRC and the CAA are, because that is not my point of contention, although I do unequivocally believe in opposing them. Suffice it to say that the two laws, built on their premise of documentation, will debar several groups of people that simply don’t have access to the bureaucratic centres from which such paperwork can be procured as proof of citizenship. Such communities include, apart from India’s Muslim community, the Dalit community (the Supreme Court of India is currently restructuring laws to tamper with affirmative action programmes built to support them), the trans community (the government also recently passed a Trans Rights Bill that ends up limiting their autonomy). The problem of procuring documents is also, of course, a class-based problem and all sections of society do not have the material means to do so. I simply believe that the Indian Students’ Association should speak out about police and government violence against young people, many of them students, who are raising their voices to protest the laws of an unjust, violent, casteist, and capitalist government. Suffice it to say that in my view, these laws are nothing more than the Indian manifestation of a global spirit whose other faces include the Bolsonaro government’s actions against Indigenous peoples in Brazil, the ICE detention centres in the United States of America, and more recently, the Canadian government’s imperialist actions on unceded Wet’suwet’en territory, to name the most immediate instances.

The ISA has failed the Indian students on campus by not depicting their interests fairly. The rhetoric of reticence with which they open their, till now, sole statement on the protests, and the manner in which they equate fascist violence with anti-fascist demonstrations that are largely peaceful, are remarkably familiar, borrowed as they are from the mannerisms and style of global far-right leaders.

The following piece was written in an effort to logically interpret the silence of the Indian Students Association on all of these matters, but especially their abandonment of the members of their own peers:

In a famous passage by Franz Kafka, called “Before the Law,” a young man from a village tries to gain entry to “the law” through a doorway, which is guarded by a powerful-looking man. The villager tries his best to coax the gatekeeper into opening the doors – he bribes him, relates his urgent need to gain entry, and ends up waiting for years. At the end of this long, long wait, the gatekeeper tells the man that behind this door was another one, with a fiercer gatekeeper, and so on, and so forth. What’s important in this parable is that there is a door, behind which there is a law, ostensibly just, and Kafka shows the law’s inaccessibility due to modern bureaucrats, who accept bribes, make conversation, and yet do all of this only to dilly-dally and delay.

What’s crucial, I’ve always thought about this story, is the presence of an “illusion of hope.” This is what makes the bureaucrat/gatekeeper cruel in Kafka’s story – he makes the villager/supplicant believe that he can hope. Therefore, I am proud to announce that the Indian Students’ Association at McGill has finally provided me with a humane bureaucrat. Here you find folks who will never beguile you like Kafka’s gatekeeper, because of the strong impression they will willingly provide, right from the outset (no lies), that you simply must not hope for them to respond to contemporary political issues taking place in the country they purport to represent.

Borrowing from the Gandhian tradition of “fasting” as an activist method, these brave, brave individuals have taken upon themselves what in Sanskrit (that language of which they are surely custodians) is called a “Maun Vrat” or a “Vow of Silence.” True to Gandhian methods of non- violence, they have resolved upon themselves to say not a single word against the rampant illegal, immoral, and unconstitutional erosion of the rights of minorities in India by the Hindu far-right government of the BJP, not to mention the occupation of Kashmir, or intimidation tactics like the now-regular use of guns at peaceful protests in Delhi by right wing activists.

This silence, this patience with words, this ability to not be emotionally corrupted by the supplicant (unlike Kafka’s cruel gatekeeper, whom the ISA resembles not), is nothing but laudable.

It brings to mind the words of the famous British poet and patriot, Rudyard Kipling:

Equanimity. That’s the word. Of course Kipling is better known for his beautiful panegyric to American imperialism, enigmatically titled “White Man’s Burden,” and this brings me to the conclusion of my smaller, and far humbler, ode to the ISA.

For if global fascism has truly decolonized the White Man’s Burden, the ISA will have played no small role in this. As India inches towards the American model of neoliberal ethno- nationalism in the sheets and gun violence in the streets, at this exceptionally critical historical moment, we need gatekeepers of the humane kind, who prove to Kafka, again and again, that the trouble all along was of the supplicant, our village hero, who thought that there was any hope of solidarity from the powers-that-be at all. The ISA has willingly dispelled this myth, as I myself learnt upon receiving a strong statement of complete silence from them after repeated invocations to issue some kind of a comment. The fault, of course (thank you Kafka, thank you ISA) was all mine. Indeed, it is disappointing that they broke their “apolitical” stance at all when they caved to pressure and issued a statement on January 12 in which they reflected that “the issue is highly nuanced with losses on all sides.” This, of course, is true, for as the American President (the US really keeps cropping up here, eh?), an equally laudable gatekeeper, who said there are “some very bad people on both sides.”

For if global fascism has truly decolonized the White Man’s Burden, the ISA will have played no small role in this.

What was shameful wasn’t how long it took the ISA to respond, as many claimed, but rather that people requested them to speak at all – whence did they obtain such delusions of hope? The blame lies not with the ISA. Indeed, I humbly suggest, to avoid future confusions of this sort, a change in name that won’t even necessitate a change in their abbreviated nomer: the Indian Silence Association.