Transit Systems Should Not be Hunting Grounds for Cops 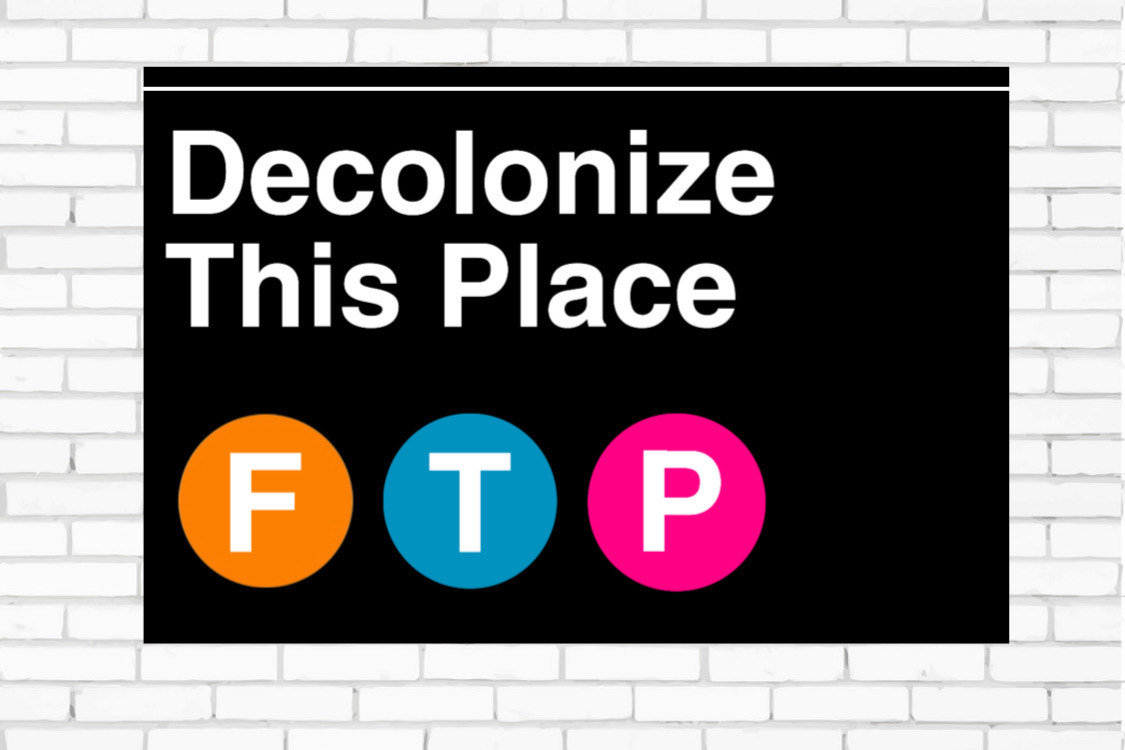 If you happened to be in New York City on Friday, January 31, you might have witnessed one of the largest city-wide grassroots actions against the criminalization of poverty in the city’s recent history. Hundreds converged at Grand Central Station, and subway stations across New York City, holding signs, chanting, tampering with the MetroCard readers, and chaining emergency doors open.

The action was spearheaded by an activist group called DecolonizeThisPlace. They used the hashtag #FTP, which stands for many layers of meanings, among them “Fuck the police” and “Fight the Power.” They demand free transit for all and an end to over-policing of the transit system.

Supporters of the action cited the drastic increase in subway policing late last year, as a result of New York Governor Andrew Cuomo hiring 500 new cops to patrol the city’s massive transportation system – with more still to come. Justification for that? To crack down on fare evasion. In the language of Streetsblog, “MTA Will Spend $249M On New Cops to Save $200M on Uncollected Fare.” One might see that this math seemingly does not work out.

The transit system as a public space should be accessible to all, regardless of economic standing. However, police presence in the subway system perpetuates a concerning trend of police spending an undue amount of resources disproportionately targeting people appearing low-income, effectively criminalizing poverty. In the eyes of many activists, by categorically portraying the transit system as the gathering grounds of imaginary criminals thus justifying police intervention, maintaining public safety and enforcing fare is just an excuse to further exacerbate an exclusively North American stereotype that only the economically and socially disadvantaged use transit.

The problem with police enforcing fare paid zones is not just about fare evasion. If a person is discovered not in the possession of a proof-of-payment, the police then automatically have the probable cause to deal with the individual however they want, which usually ends up being a full background check. Transit users may not have the financial resources to hire a lawyer to help them get out of trivial legal matters, which can later turn into outstanding warrants without the person knowing. As a result, what was originally a fare evasion could quickly escalate into a legal trouble that involves arrest and detention.

Police brutality is another reason why the police are not trusted by riders. New York police officers were filmed just last October swarming a moving subway car with one officer’s gun drawn and with bystanders present, and it was a a fare-beating unarmed black teenager who had done nothing.

For those who cannot afford the fare, they’re facing an impossible choice. Either they face the uncertainty of being fined or thrown into jail, having their entire life tainted with a criminal record, or they swipe the MetroCards. The per-entry fare of $2.75 in New York, while seemingly harmless, can quickly add up. Two times a day, seven days a week, and it can be as much as $154 a month if you are travelling strictly within the five boroughs. However, for someone who might need to ride Long Island Rail Road, Metro-North, or NJTransit to go somewhere further, the transit expenditure can quickly go through the roof, up to a staggering tenfold. In a city where the average rent is $3477, the official unemployment being around 4%; people can neither afford housing nor the transit even when working full-time on minimum wage. You work and you can have a decent life, that’s the typical American narrative – but it’s clearly not the case anymore.

Affordable transit, or maybe free transit for all, when coupled with affordable housing and a reliable social safety net, is the solution to our contemporary woe of urban life in a capital-driven society.

Having police presence in the subway, besides injecting hostility into a public space, also does not make budgetary sense, yet the Cuomo administration is doing it anyway. Spending upwards of $1,750 per-arrest for an unpaid $2.75, or dispatching four police officers to surround and interrogate a food vendor, only to have her arrested later for doing nothing but selling churros in a subway station, is excessive and unnecessary use of police resources.

One example of over-policing the transit system is in Arizona, where Phoenix Police Department occasionally conducted so-called “security sweeps” on the city’s light rail, stopping and frisking each and every passenger on board a train looking for any reason to arrest or cite them. On a local TV show called “Caught misbehaving,” which is hosted by a former San Francisco- based journalist Stanley Roberts, Phoenix police officers can be seen dragging random passengers off the train one-by-one and throwing them into police wagons lined up at the side of the road for all sorts of reasons, ranging from unpaid fare to unresolved criminal records.

There are many other approaches to enforce fares and maintain safety, like unarmed civilian staff personnel who help people buy tickets or direct them to resources if they can’t afford the fare – or civilian outreach personnel that can refer people to community organizations for future assistance. There are many alternatives out there, and they all make much more sense than just stuffing police officers onto subway platforms.

As Steven Hegashide, a renowned urbanist writer has written in a tweet, “My ideal city is not one where transit is free but where the social safety net is strong enough that everyone can afford to pay a $2.75 fare.”

The Car-Free MTL Blog is a new column focusing on prioritizing people over cars, not the other way around.