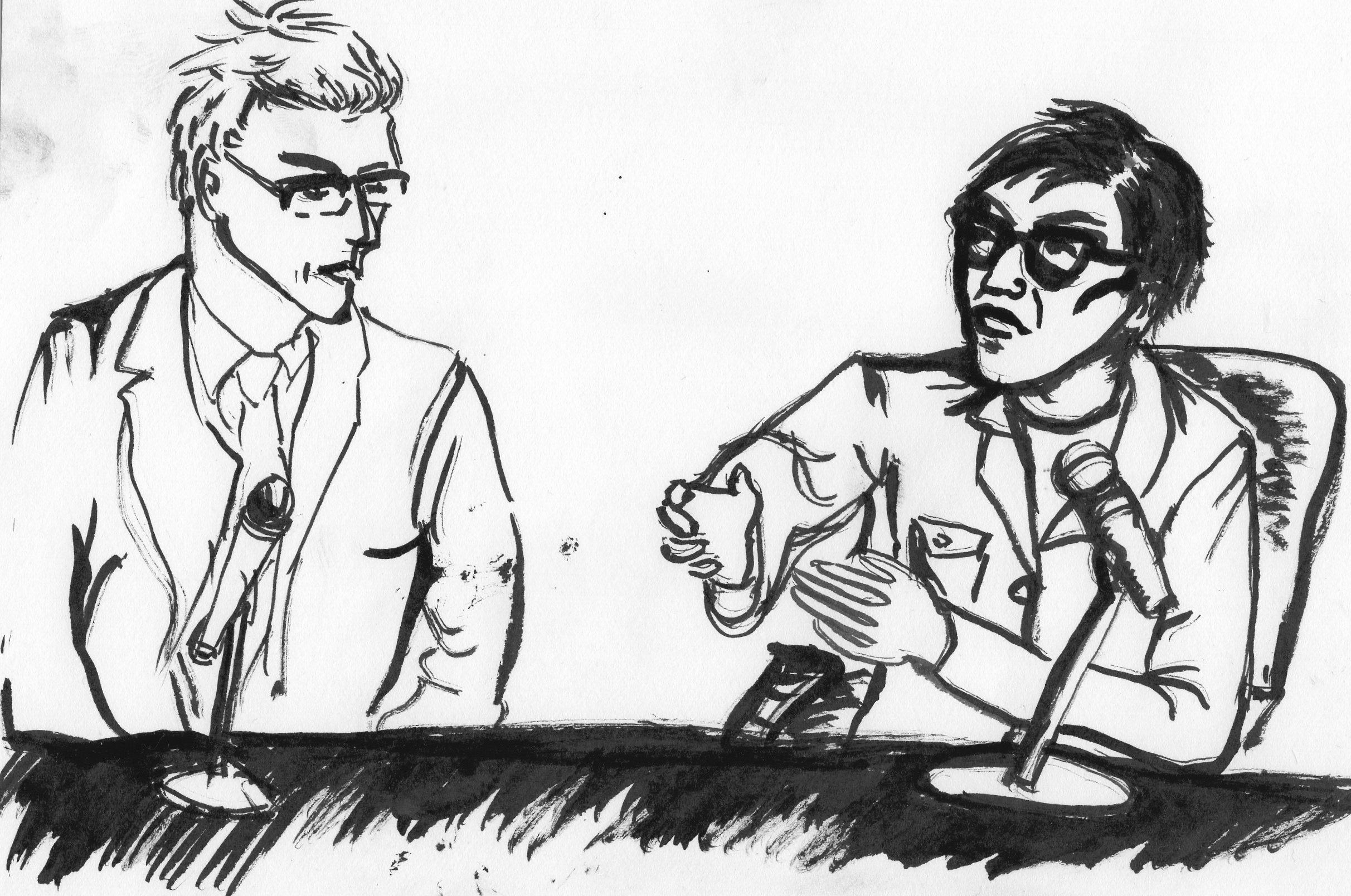 On February 4 at McGill University Faculty of Law, a group of law students, curious undergrads and the socially-concerned – as well as a slew of experienced litigators and law professors alike – gathered together to hear a panel discussing one of the biggest class action cases in the history of Canada. The panel was the inaugural event of the Sotos Lectures, a wide range of talks and panels that will hold more events in the future. One of the panelists, David Sterns of Sotos Class Actions, started off by explaining that he chose this particular topic because it illustrates the potential for a legal career directed at social good. Sterns emphasized that there are other options besides, as he put it, “the zombie walk to Bay Street.”

The case in question is the class action suit against the federal government for wrongful discrimination against Indigenous children between 1991 and 2019. It is specific to what is sometimes referred to as the “millennial scoop;” the policy for Indigenous children was to separate them from their families, while willfully denying them the same medical care and social services that were afforded to the rest of the country. However, the injustice against Indigenous peoples by the Canadian government extends far beyond this case and is a much broader and long-lasting problem, as the panelists acknowledged. This class action case just happens to be one of the most recent examples of people fighting to speak out against institutional colonial violence against Indigenous communities by the government.

The panel was moderated by McGill Professor Daniel Jutras. McGill Social Work Professor Cindy Blackstock also spoke as a panelist alongside Stern. Professor Blackstock, the Executive Director of First Nations Child and Family Caring Society, was one of the driving forces behind the case. The event was opened by Sedalia Kawenno:ta’s Fazio, a Kanien’kehá:ka elder. She welcomed the attendees and organizers alike and shared the Ohén:ton Karihwatékwen prayer, which translates to “the words that come before all others.” Before sharing it in Kanien’kehá, Fazio explained the first few lines in English: “The time has come for us to bring our minds together so our minds become one.”

As she finished the prayer, Fazio stated, “The importance of this prayer is if you look around you, at everything in creation, if we lose just one of those elements […] – all we need to do is lose one element, and on Mother Earth or in Sky World, and we as human beings will not survive. But if every single human being disappeared from Mother Earth tomorrow morning, Mother Earth and Sky World would thrive. So that is the importance of giving thanks each and every day.” She then shared a welcome song, as a way of starting the event.

After a brief background on the case by Professor Jutras, the discussion got under way as Professor Blackstock and David Sterns delved into more detail. “[Canada] create[s] this illusion that they are about reconciliation,” Blackstock stated, adding that the government’s actions tell a different story. She spoke to the tendency for Canadians to pretend their government is fair and equitable, while willfully ignoring the atrocities of their own country.

“It just shows how deeply embedded in the department [of Justice]’s DNA [that] this idea of colonialism still remains,” she commented. For instance, Professor Blackstock brought up the way in which people are quick to criticize the Trump administration for separating families at the US-Mexico border. She agreed that these are certainly condemnable actions. “But we’re doing it too and we’ve been doing it longer,” Professor Blackstock stated, in reference to Canada’s long history of separating Indigenous children from their families. However, she expressed hopefulness that these issues are becoming more known to the public, adding that it’s as necessary as ever to hold the government and its policies accountable.

Professor Blackstock then gave a brief introduction as to how she became involved in the case. She described working as a social worker in British Columbia with both Indigenous and non-Indigenous communities, and being baffled by the stark inequality. “Basic life-saving things [were] denied to these kids,” she explained, describing how one child was allowed medical equipment only every five years. A couple times, the panel brought up Jordan’s Principle, a law that states no child should have to wait for treatment on account of bureaucracy, but Professor Blackstock emphasized that the law is incredibly narrow and doesn’t cover the extent of medical care denied to Indigenous children, from the smaller, everyday rights to access to life-saving equipment.

She stated that the devastation she witnessed working as a social worker, and the blatant willful callousness of the government, inspired her to seek litigation. Professor Blackstock started by bringing the issue before the Canadian Human Rights Tribunal, explaining that it seemed more accessible to a non-lawyer, like herself at the time.

The case later changed from a tribunal appeal to a class action case, when Sterns read about it in the news, and realized its potential for a class action suit. The following legal battle – which sought compensation for the staggering number of Indigenous children who were denied basic social services, and/or taken from their families for little to no reason – was made even more clouded by the Department of Justice’s tendency to “play unfairly,” as Blackstock stated.

She summed this up by stating that “it’s never been about the truth. It’s never been about the Charter. It’s always been about procedure.” Professor Blackstock described the “gamesmanship” that the government’s lawyers used, dragging out proceedings and withholding important exhibits. She recalled being stunned by the lengths to which the government would go in order to win, as they were “willing to breach the legal law in order to oppose [the claim],” in the instance of the government purposefully withholding 90,000 records.

As Professor Blackstock often reminded the attendees, the case was about atrocities committed against children, and the government’s tactics in light of this were extremely frustrating. “The Department of Justice is not always just,” she stated, concluding that “the whole system operates like a sociopath.” Though Professor Blackstock was understandably frustrated with these attempts at diversion, in the end she and her team were successful in their efforts in 2016, winning the case, as well as $40,000 in compensation for each of the victims they’d been fighting for.

But “$40,000 doesn’t even hit the bucket,” Professor Blackstock explained, suggesting that monetary compensation can be trivializing in the face of the trauma and loss that has resulted from the denial of basic rights for Indigenous children. Throughout the discussion, she often returned to the fact that this case is a small part of a much larger issue of the Canadian government willfully discriminating against Indigenous peoples. She emphasized that the problem has not only been happening for a very long time, but is ongoing, and that it’s important to remember this fact.

The discussion turned to Sterns, on the topic of the legal angle of the class action suit. Sterns was adamant that there are many possibilities for up and coming lawyers to accomplish social good. He spoke on the flexibility and potential of class action suits, and emphasized that they have the ability to bring real change and accountability. Both he and Professor Blackstock agreed that one of the factors that was key in this particular class action case was getting the attention of the media and the public, especially through television. Through these mechanisms, the panelists emphasized, the Canadian government was not just being held accountable by Blackstock, Sterns, and the rest of their team, but by the Canadian public at large.

The panel was a strong reminder of some of the injustices and systemic atrocities that the Canadian government has committed, but emphasized the work that can and should be done. Professor Blackstock, who at the time had no legal background, brought these issues to light, and won $40,000 in compensation for each of the victims. However, she emphasized that systemic discrimination against Indigenous peoples in Canada is not over. As Professor Blackstock stated, “I want to win the war, not just the battle.”