Your Prejudice is Not Dark Humour 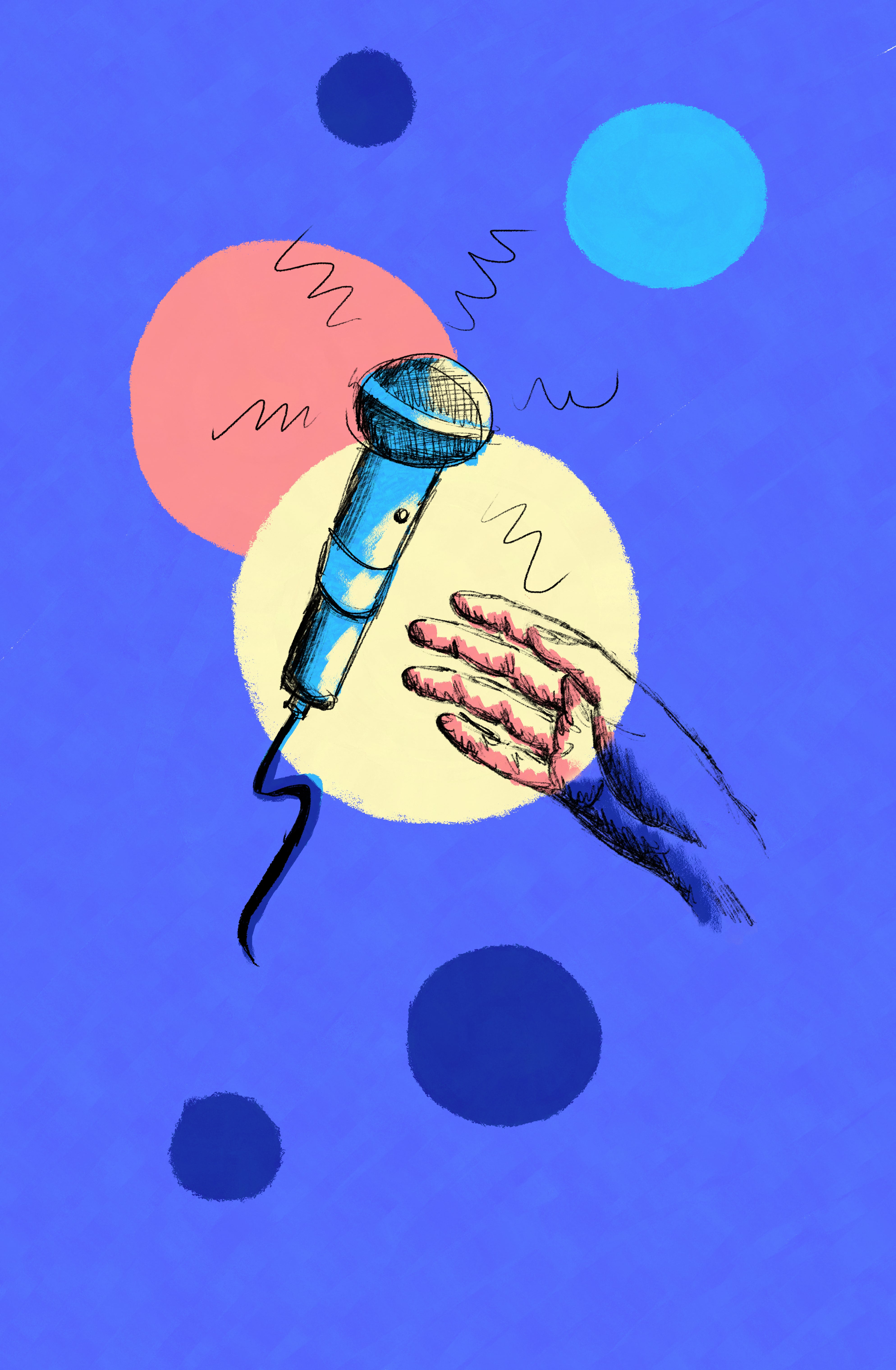 On Thursday, September 12, Saturday Night Live (SNL) announced that it would be hiring three new cast members for the show’s 45th season. The comedians in question were Bowen Yang, one of the first Asian cast members and one of very few openly gay men on the show; skilled impressionist and Just for Laughs veteran Chloe Fineman; and Shane Gillis. Shortly after the announcement, a video, which has since been deleted, began circulating from a 2018 podcast in which Gillis made derogatory comments directed towards Chinese people, using a mocking accent and racist slurs. While this video gained the most attention, Gillis also has a history of sexist, Islamophobic, and homophobic comments, including the use of homophobic slurs. After immense public pressure, Gillis proceeded to issue a non-apology, in which he calls himself “a comedian who pushes boundaries,” and plays off the video in question as a comedic risk that didn’t work out. A couple days later, an SNL spokesperson announced that Gillis would no longer be joining Yang and Fineman on the show, stating that SNL had not known about Gillis’ past comments and apologizing that the “vetting process was not up to our standard.”

This decision sparked controversy, with many high-profile public figures such as Democratic presidential candidate Andrew Yang and comedian Rob Schneider coming to Gillis’ defense. This event fueled the fire of those who claim that political correctness is killing comedy. These individuals claim that we are in an age of censorship in which no one is allowed to make jokes anymore. Often, this accusation is accompanied by nostalgia for what these people perceive to be the “golden age” of comedy, when people could get away with making openly prejudiced comments with no backlash.

Comedians often get away with more explicit bigotry than the rest of the population because their statements are written off as jokes, and are therefore seen as exempt from criticism. The stage is used as an excuse to explore violent and hateful sentiments under the guise of dark or edgy humour, and the audience is supposed to suspend their disbelief for the sake of the “joke.” However, the occupation of the transgressor is irrelevant; it is not automatically a joke just because a comedian said it. In reviewing the now infamous podcast segment, it is difficult to find any jokes at all. There is no punchline, no witty wordplay, and no clever analogies; it is simply a racist rant which relies on lazy stereotypes and archaic language to ridicule minorities. By this standard of comedy, your racist uncle or the bully from a 90s movie are apparently all just tortured comics trying to preserve the sanctity of humor in an age of political correctness.

This also raises the question of which “boundaries” Gillis claims to be pushing. There is nothing cutting-edge or revolutionary about white people making fun of people of color, straight people mocking queer people, men ridiculing women, or any person with privilege mocking marginalized communities. This behaviour, rather than breaking boundaries, simply reinforces the pre-existing boundaries, the boundaries which have historically limited the social and economic opportunities of various minority groups and which still continue to play a pervasive role in society today. The act of targeting marginalized groups, which is often referred to as “punching down,” is an expression of dominant hierarchies and power structures such as white supremacy and patriarchy, and there is nothing brave about comedy which is in line with these norms.

Pushing back against these oppressive forces, or “punching up,” is one way that marginalized groups attempt to challenge these power structures. As a woman who dabbles in stand-up comedy, I have personally experienced the backlash that doing so can produce.

I have sat through blatantly misogynistic sets in which women are degraded, reduced to objects, and otherwise mocked in a variety of ways. I’ve heard middle-aged men talk about their attraction to their young female relatives or their hobby of spying on women in the shower. “Jokes” like these are all too real for those of us who are constantly being subjected to and exploited by the male gaze, and those of us who have been followed down the street or groped in a club. The mentality of male entitlement revealed by these statements has contributed to a culture of violence towards women, and represents a tangible danger.

Despite this, I have been warned against making lighthearted jokes about cisgender heterosexual men on the grounds that I might come across as hostile, or run the risk of alienating my audience. Coming from a position of less power and privilege, I do not pose a threat to cishet men. My jokes do not perpetuate harmful narratives with real consequences. And yet while I would be deemed too sensitive for criticizing some of the disturbing and frankly terrifying “jokes” I have been exposed to, I also have to walk on eggshells so as not to offend, or worse, be perceived as bitter or “bitchy,” a word often used to describe women who stick up for themselves.

Returning to the topic of Shane Gillis, an important point is that all of this is taking place within the larger controversy surrounding so-called “cancel culture.” A narrative has developed describing an angry liberal mob who spend their days digging up dirt on innocent people, destroying lives and careers on the basis of minor mistakes made in the distant past. However, this is not the reality of the situation. “Cancel culture” is a myth. The power of these concerned individuals has been deeply overexaggerated; those who are “cancelled” rarely face any serious long-term consequences. The offenders have managed to paint themselves as the victims, despite the fact that they may even profit professionally or economically from being publicly exposed. A variety of examples exist to prove that trial by the court of public opinion does not limit opportunities or damage livelihoods in any substantial way, from Supreme Court justices to YouTubers. However, even within the scope of comedy there is ample evidence of this phenomenon.

In the case of Louis C.K., widespread public backlash ensued in 2017 after details of C.K.’s habit of coercing or forcing women to watch him masturbate reached the mainstream, although allegations of his predatory behaviour have been floating around comedy circles since the early 2000s. Initially, Netflix deals were lost and movie premieres were cancelled, but after less than a year, C.K. made his surprise return to comedy at New York’s Comedy Cellar, receiving a standing ovation. He has since gone on to joke about school shooting survivors and non-binary people, essentially leaning in to his newfound infamy instead of attempting to learn from the experience, and capitalizing off of an audience that seems to support C.K. not despite his past, but because of it. He will be performing three sold-out shows beginning on September 25. He has become a kind of poster child for anti-PC comedy and has gained a fervent base of largely right-wing fans.

His accusers, on the other hand, have been heavily stunted by their interactions with C.K., and have faced intense backlash for daring to tell the truth. Julia Wolov and Dana Min Goodman, who have been spreading the word about C.K.’s predatory behaviour since their initial interactions with him in 2002, have described how their opportunities in the comedic sphere were limited due to C.K.’s powerful connections in Hollywood.

Comedian Kevin Hart also came under fire for homophobic tweets from several years ago, such as one stating that if he found his son play with a dollhouse he would “break it over his head” and say, “stop that’s gay.” The backlash intensified when it was announced that Hart would be hosting the 91st Oscar Awards. Shortly after, it was announced that Hart would no longer be hosting. However, an important part of this story is that Hart was given the option of apologizing, but instead he opted to simply give up the job. The “liberal mob” did not take away his Oscars gig; he made the choice to step down. In April, just months after the Oscars debacle, Hart’s Netflix special was released, and he continues to enjoy mainstream success.

The complaints against cancel culture often ignore the fact that people constantly get fired from their jobs for a variety of reasons. Members of the working class may be punished for things entirely outside of their control, such as a car breaking down. In some US states, an individual can still be fired on the basis of sexual orientation. People face consequences for matters unrelated to their own behaviour all the time. All things considered, those targeted by cancel culture are getting off pretty easy compared to the rest of society. They face public outrage as a result of their own actions, endure minor, short-term setbacks, take a short hiatus, and move on with their careers. Those excluded by the dominant culture such as women, queer people, and certain racial minorities do not experience this level of forgiveness. In 2009, for example, Jenny Slate was fired from SNL for swearing on television. While she has still managed to distinguish herself as a successful comedian, due in part to her viral series Marcel the Shell with Shoes On, the point stands that she suffered the same consequences as Gillis despite her transgressions being relatively trivial in comparison.

All this is not to say that there is no value in bringing up past wrongs. Just because “cancelling” someone is not a permanently damaging act, it is still important to bring attention to these issues. For one, while problematic comedians are still able to find new audiences and venues, at the very least, they can be better avoided by those who don’t want to be subject to that behaviour. Bowen Yang should not have to work with someone who openly mocks his identity both as an Asian-American and a gay man. Additionally, Gillis claimed that “white chicks are literally the bottom,” in his ranking of who is and isn’t funny; it is impossible to imagine that Gillis would have respected Fineman as a co-worker. If anything, cancel culture is simply operating as a kind of human resources department, performing a vetting process which should have been undertaken by the hiring institution.

Additionally, it can bring attention to the ongoing prevalence of prejudiced actions and sentiments which are sometimes regarded as obsolete. Modern bigotry may be less visible, but it is certainly present. Shane Gillis was publicly making bigoted statements regarding Asians, women, Muslims, and gay people in 2018, and that says a lot about the work that still needs to be done. It re-affirms the need for anti-racist and queer activism, feminism, and other minority movements.

Ultimately, PC culture does not lead to a society devoid of comedy, but to a society with better comedy. Within the mainstream, there are a plethora of comedians who work to provide original material that doesn’t rely on boring tropes. Recently Hannah Gadsby’s Netflix special Nanette, which focuses on her identity as a queer woman received national recognition. Ali Wong continues to break boundaries as an Asian woman in comedy. Some personal favourites of mine include the brilliant Joel Kim Booster and comedy duo Abbi Jacobson and Ilana Glazer. Within Montreal comedy, there are shows dedicated to providing a platform for marginalized groups, such as Colour Outside the Lines, a show focused on comedians of colour, and Lady Fest, which is an “annual celebration of Montreal’s dynamic femme and non-binary comedians and performers.” Even if you choose to go to a show which doesn’t necessarily cater towards a marginalized minority, you will likely find comedians who aren’t members of the dominant group. Support them!

This article originally appeared in print on September 30, 2019.