Motion Condemning the Award is Passed in AUS 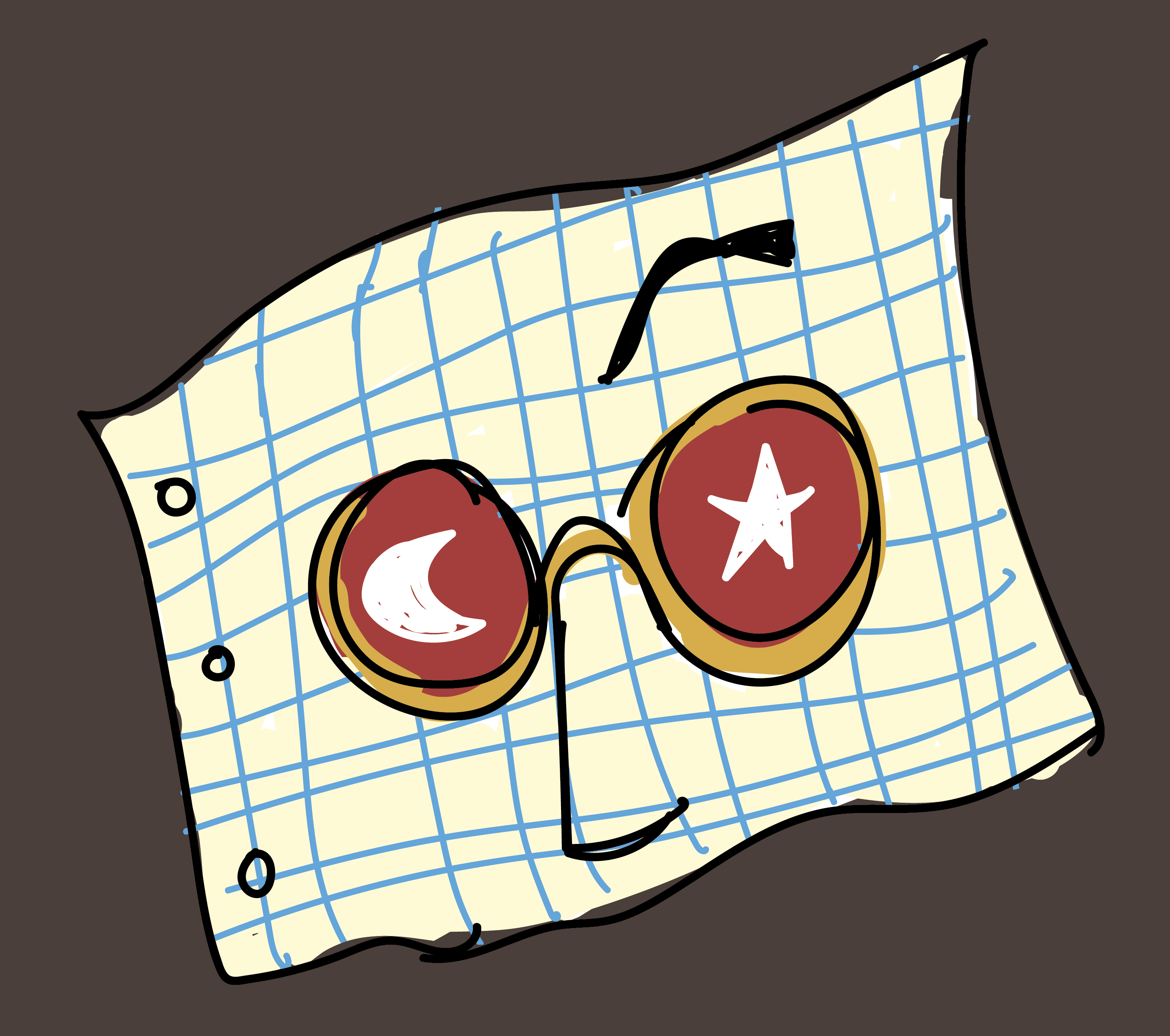 This week, the Arts Undergraduate Society passed a motion brought forward by the World Islamic and Middle East Studies Students Association (WIMESSA), condemning an award that was accepted by Jamil Ragep, a professor at McGill’s Institute of Islamic Studies.

WIMESSA introduced the motion because they believe that both the acceptance of the award, as well as its promotion, ought to be challenged. In mid-December, two WIMESSA representatives approached Professor Ragep on the matter. He listened to them, but said that he did not share their same concerns. The award, which comes with $30,000 USD, was given by the Turkish Academy of Sciences in Ankara. It was presented to Professor Ragep in person by President R.T. Erdogan.

It would be a mistake to let this slide just because the award is not directly given by Erdogan. His regime’s influence is everywhere, and it is much more powerful than scientific fact. Science in Turkey is no longer based on research. It takes the form of what fits with Erdogan’s ideology.

Not only was the award presented by Erdogan, who has been accused of a number of human rights abuses, but it was also given by an institution that has lost its credibility in the international scientific community.

Turkish Academy of Sciences (TÜBA)
TÜBA was founded in 1993 as an independent academic institution. However, in 2011, the government tied itself to the organization by amending the Decree Law on the Establishment of Turkish Academy of Sciences. These changes allowed the government to interfere with the functioning and structure of the scientific institution. Article 11 of the decree states that “the President of the academy will be appointed to serve for three years by the Prime Minister* among the three candidates to be determined by the General Assembly of the academy.” In addition to this, in the event of the failure of the selection process for the President, the Prime Minister gets to appoint the President.

In response to this amendment, approximately 70 members of the TÜBA, who were elected on the basis of merit, resigned in protest. They went on to form the Science Academy Society of Turkey, as an alternative, independent organization.

Scientific and Technological Research Council of Turkey (TÜBİTAK)
TÜBITAK has been responsible for appointing one-third of TÜBA’s members since 2011. They’ve been accused of surrendering to political pressure from the government. For example, in 2013, TÜBITAK rejected a funding request for a summer program that was to be held on the topic of evolutionary biology. According to TÜBITAK, a supposedly scientific institution in Turkey, “evolution is a controversial subject.” These accusations took a more tangible form as Turkey moved from a parliamentary system to a presidential system with the 2017 referendum. The presidential powers Erdogan gained in 2017 allowed him to add a Board of Directors in addition to the Science Board. The Board of Directors became the highest administrative body in TÜBITAK. Unsurprisingly, its members were selected by President Erdogan.

The nature of the project applications received by TÜBITAK also began to change. In the early 2000s, awards were given in categories such as math, chemistry, physics, computer science, biology, and engineering. In 2016, “values education” was added to the list. During the annually-hosted science competition for high school students, one of the projects that made it to the final round aimed to place national characteristics on games and stationary used by children and youth. The purpose was to create decent role models. Is brainwashing a science? There were other obscure projects, including but not limited to protecting privacy with an EKG (electrocardiogram) apron. The apron would cover the patient’s body during an EKG, similar to the function of a hospital gown. This project would aim to reduce the amount of bodily exposure related to privacy concerns. Feel free to enlighten me on how this project is scientific. Upon the decline in quality witnessed by TÜBITAK, the France-based National Center for Scientific Research froze relations with the institution.

Council of Higher Education (YÖK)
A third of TÜBA’s members are appointed by YÖK. This council is also under the auspices of the Turkish government, as the President gets to appoint its president. The influence here is even more direct than with TÜBA, as the President has full decisionary power and is not even obligated to choose among the candidates nominated by YÖK members.

This means that two thirds of TÜBA members are appointed by government affiliated institutions. Mehmet Özdogan, one of the 70 members who resigned in protest, stated in an interview with Yigit Özar that “if [the] government selects whoever it wants, TÜBA cannot be an academy.” Özdogan further argues that the reason the government made this move towards tighter control of the academy was to stifle some of the research topics that were being pursued by TÜBA. These topics include evolution and politics, which challenge Erdogan’s authoritarian governance. The Turkish President indeed has a zero tolerance policy when it comes to people criticizing his government. In Turkey, evolution eventually went from being “controversial” to getting removed from the curriculum.

Being an Academic in Turkey
After the failed coup attempt in 2016, Erdogan declared a state of emergency that lasted for two years. During this period, his grip on power got stronger. In January of the same year, academics released a petition that criticized the curfews imposed on Kurdish provinces by the government, and the deliberate massacre and deportation of Indigenous peoples in the region. The coup gave Erdogan the pretext that helped him fire a number of academics without due process and have their passports taken away. Signing the petition resulted in a one-way ticket to prison for many of them. Universities in Turkey hosted “Don’t Touch My Professor” protests where students denounced the government’s firing and jailing of scholars through decree laws. A few scholars were eventually released from prison, but most were unable to get their jobs back.

How can McGill advertise one of its professors being honoured by such an illegitimate institution?

The Motion
The McGill Faculty of Arts sent out an email on November 20, 2019, in which the Turkish Academy of Sciences award was advertised. The email indicated that it would be “presented by the Turkish President Erdogan at a ceremony in Ankara on December 30.” WIMESSA’s motion condemns the faculty’s careless promotion of such a problematic award. Not only was the award presented by Erdogan, who has been accused of a number of human rights abuses, but it was also given by an institution that has lost its credibility in the international scientific community. The normalization of Erdogan’s actions, and the implicit support of the McGill administration through the promotion of the award, are unacceptable. Are these the kind of actions McGill wants to be associated with?

The WIMESSA motion takes into account other atrocities committed by the Turkish government, including the denial of the genocide committed against Armenians, Assyrians, and Greeks. It highlights the diverse group of students on our campus that may feel uncomfortable with this event. It is not just these groups who have been historically targeted, and continue to be persecuted in Turkey. Alawites, Jews, Kurds, and Circassians have also been discriminated against and are receiving differentiated treatment by the Turkish government under Erdogan. Through this motion, students of the Faculty of Arts aim to disassociate themselves from this unacceptable award, and to stand in solidarity with our friends on campus as well as Turkish academics fighting for human rights in Turkey and abroad.

How can McGill advertise one of its professors being honoured by such an illegitimate institution? How can an academic uncritically accept this award, and the money it comes with, while his colleagues are being imprisoned by the very same people presenting it?

When will Turkey leave obscurantism behind? Will we ever come to the point where I could have written this article without being anonymous?

I invite professors at McGill to be more conscious regarding from where and from whom they receive an award.

* The office of Prime Minister was abolished after a referendum in 2017.