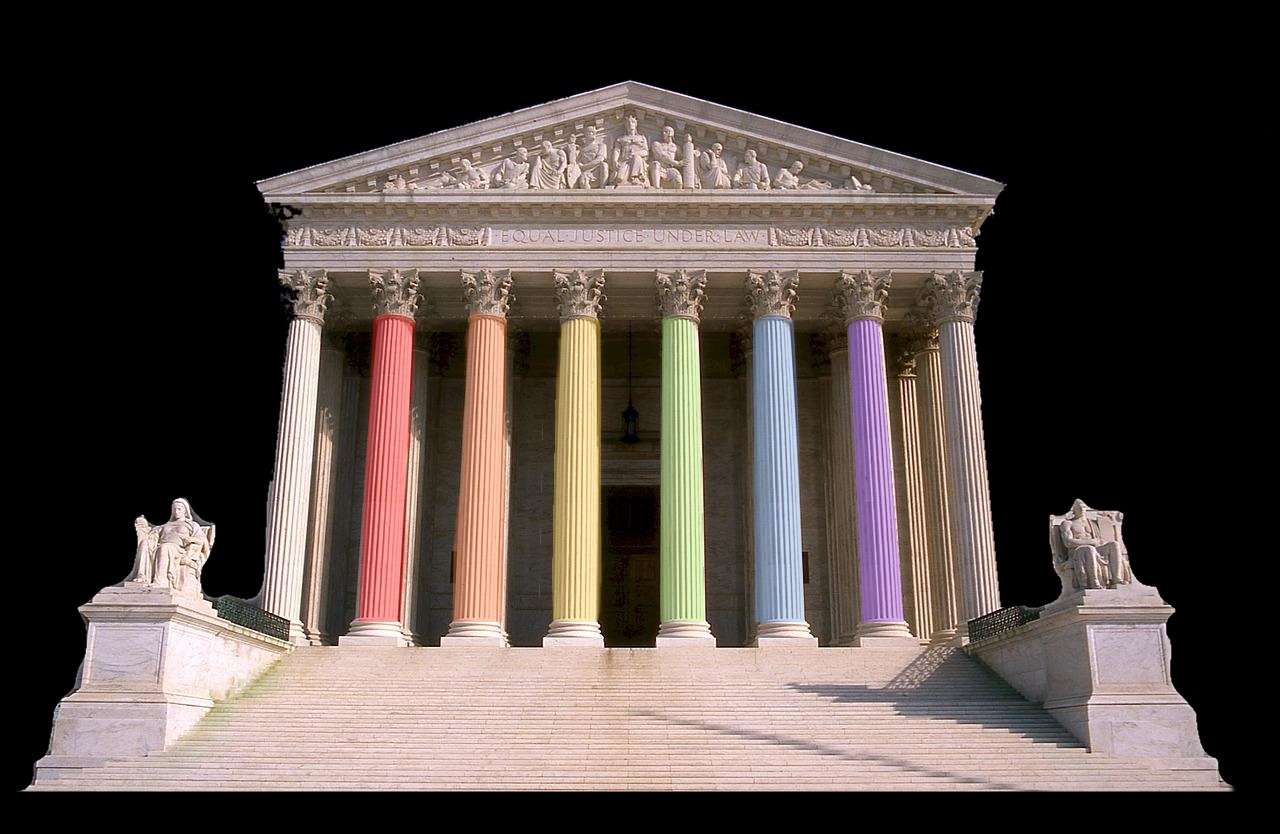 The United States Supreme Court announced on October 7 that it will begin hearing three cases regarding LGBTQ+ workplace discrimination. The Supreme Court’s role is to determine whether Title VII of the Civil Rights Act, which prohibits employment discrimination based on sex (as well as race, colour, religion, and national origin) applies to LGBTQ+ individuals as a subset of sex discrimination. In short, these hearings will “settle the question of whether lesbian, gay, bisexual and transgender individuals may be lawfully fired on the basis of their identities.” This decision comes at a precarious time for LGBTQ+ rights in the United States, as Anthony Kennedy, an Associate Justice of the Supreme Court who was considered an advocate for LGBTQ+ retired last year and was succeeded by Associate Justice Brett Kavanaugh. Although Kavanaugh’s stance on LGBTQ+ issues is unclear, he has been heavily backed by The Family Research Council, who are a vocal anti-LGBTQ hate-group.

Three cases are currently being heard in the Supreme Court. The first, a lawsuit by Gerald Bostock, a former advocate for children in foster care, states that he was fired after joining a recreational LGBTQ+ softball league. This is being reviewed alongside a lawsuit by the late Donald Zarda (represented by his partner and his sister), a New York skydiving instructor who stated he was fired after telling a female client that he was gay to reassure her when they were strapped together for a tandem jump. Pamela Karlan, a Stanford law professor representing the case, is arguing that the discriminatory act was based on sex because Bostock and Zarda would not have been fired if they were women that were in relationships with men.

The third case is that of Aimee Stephens, who was fired in 2013 by Harris Funeral Homes in Michigan, based on what she states was discrimination after she came out as transgender, informing her boss that she would be presenting as female in the workplace. After the Sixth Circuit Court of Appeals ruled in March 2018 that she was unlawfully fired, her case has moved to the Supreme Court, where she will be represented by the American Civil Liberties Union. Stephens’ case is the first time that the rights of transgender people will directly be dealt with under US law.

Chief Justice John Roberts, a possible swing vote in the cases, feels that, “If we’re going to be expanding the definition of what ‘sex’ covers, what do we do about that issue?” However, the U.S. Equal Employment Opportunity Commission (EEOC) states that “discrimination against an individual because of gender identity, including transgender status, or because of sexual orientation is discrimination because of sex in violation of Title VII.”

Over 200 businesses have signed a brief in support of their LGBTQ+ employees, as a direct response to these cases. As per the brief: “These businesses are committed to creating workplaces that afford lesbian, gay, bisexual and transgender (‘LGBT’) employees the opportunity to earn a living, excel in their professions, and provide for their families free from fear of unequal treatment.”

If the Supreme Court does not vote in favour of advancing protections for LBGTQ+ workers, it would be the first legal denial of LGBTQ+ rights following a stream of protections and laws meant to help LGBTQ+ communities. According to CNN, this could suggest “a break with the steady pattern of advancing gay rights.” This break is consistent with the Trump administration’s continued efforts to roll back rights for transgender people. These setbacks are at odds with the resounding support from American citizens, businesses, and current democratic candidates (as discussed at CNN’s LGBT Issues Town Hall) for greater equality.

Though there is no petition regarding these specific cases at this time, individuals can sign the petition in support of the Equality Act, a bill currently being considered by the US Senate that protects LGBTQ+ individuals from discrimination under civil rights law.

LGBTQ+ members of the McGill community who are interested in working in the United States can access more information regarding protections for LGBTQ+ workers on the EEOC website.

American students can also contact their local Senators and urge them to vote to pass the bill.