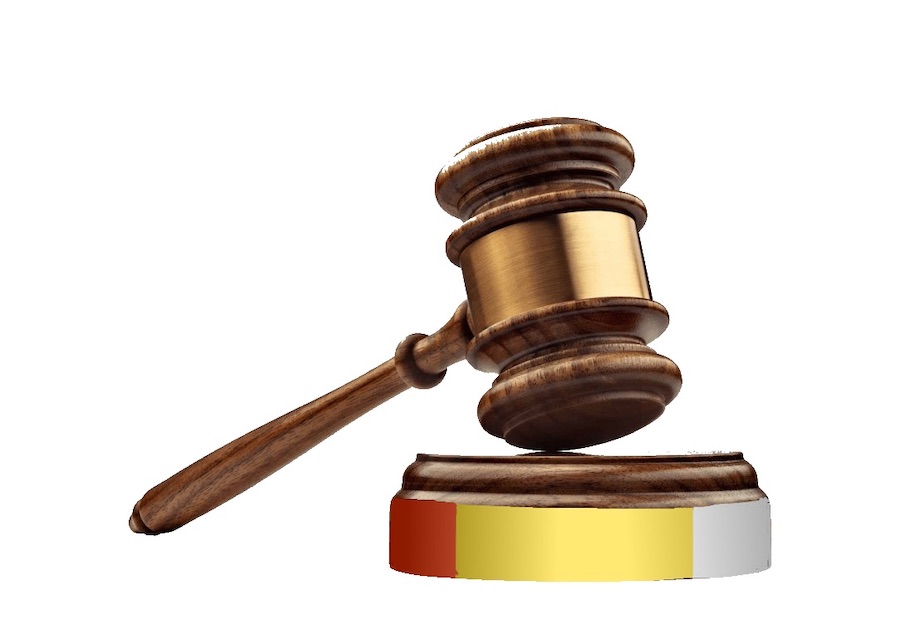 The Calgary Indigenous Court (CIC) opened on September 4, operating weekly and overseen by four judges with deep ties to various Indigenous communities. Eighteen months in the making, the court deals mainly with bail and sentencing hearings, setting out to approach crime through peacemaking, as well as cultural and community connections.

Specifically designed to work towards connecting crimes to their affected communities and cultures, the courtroom is configured around a singular round table, in which all parties sit at the same level, facing each other. This arrangement involves everyone in the courtroom – judges, victims, offenders, and lawyers – as an equal participant in the judicial process.

The Court operates on a model of reconciliation and restorative justice, focusing on harm reduction rather than punishment. At the opening ceremony, Judge Eugene Creighton spoke to the need for a court of this kind, expressing that the “current system of justice and the criminal code itself are not effective in dealing with crime involving Indigenous people and do not honour First Nations’ traditions.”

The Court saw its first case on the day of its opening, involving a young man whose bail, according to the CBC, would not have been granted had it not been for the “supports put in place by agency workers connected to the court.” Agencies such as the Elizabeth Fry and John Howard Societies, Native Counselling Services of Alberta, Aboriginal Friendship Centre, and HomeFront, based in Calgary, play significant roles as stakeholders in each case seen in this courtroom, and together work towards finding how best to support the accused and affected communities.

“The whole objective is to start moving forward with reconciliation […] and being innovative with sentences,” Creighton stated, speaking to the court’s mission. “We’re wanting to throw some responsibility on the accused so they can take responsibility for their actions.” By giving the accused opportunities to make amends and connections with those affected, restorative justice makes it possible for them to take active responsibility in their community, as opposed to facing serious jail time.

It is reported that around 30 per cent of incarcerated adults are Indigenous, and are therefore overrepresented in the correctional system, exposing a serious issue with mass incarceration. Courts such as these aim to combat those numbers and to bring together all levels of the judicial system in a common goal – keeping offenders out of prison. Through implementing recommendations from the Murdered and Missing Indigenous Women and Girls (MMIWG) report, as well as the Truth and Reconciliation Commission (TRC), the Court intends to be a formative step in dismantling colonial violence in the justice system.

Similar courts are already in use elsewhere in the country, notably in British Columbia, Ontario, and in Nova Scotia. Sometimes called “Gladue Courts,” in reference to the R. v. Ipeelee and R. v. Gladue cases, these courts were opened to fulfill recommendations based on restorative justice. Ipeelee and Gladue both set precedents in policy changes, and, when employed in the courtroom, work to inform alternative practices in sentencing.

While the judicial system as a whole has been hesitant to fully employ these changes, the Canadian Supreme Court reaffirmed the two landmark cases in 2000: “courts must take judicial notice of such matters as the history of colonialism, displacement, and residential schools and how that history continues to translate into lower educational attainment, lower incomes, higher unemployment, higher rates of substance abuse and suicide, and of course higher levels of incarceration for Aboriginal peoples […] they provide the necessary context for understanding and evaluating the case-specific information presented by counsel.”

Although the recommendations of these decisions were put forward over twenty years ago and their implementation has been slow-moving, courts created with Indigenous-specific contexts in mind are essential to ensuring fair correctional systems. Calgary’s court, along with its predecessors in other provinces, are part of efforts to embody these recommendations and judicial disparities. They focus on restorative justice and healing for the victim, offender, and affected community in every phase of the cases seen.