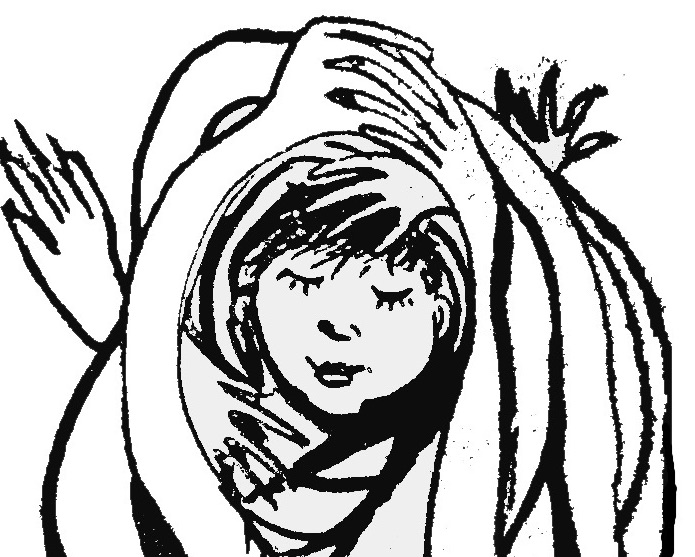 
On September 19, as part of Indigenous Awareness Week, people gathered to hear a panel of experts on Indigenous practices of maternity, pregnancy, and birth. The panel was mediated by Dr. Kent Saylor, a member of the Mohawk Nation, pediatrician in Indigenous communities, and current director of the McGill Indigenous Health Professionals Program. Also present was Dr. Ojistoh Horn, a member of the Bear Clan, the Mohawk Nation, and from the community of Kahnawake. She practices family medicine, long-term geriatric care, prenatal care, and baby care at the Kateri Memorial Hospital Centre in Kahnawake. The other panelist was Stacy Williams, who works as a doula with the Indigenous Birth Keepers Group, which operates in Fraser Region Aboriginal Friendship Centre, located in Surrey, British Columbia.

The panel proceeded from Saylor’s welcome into a chance for Horn and Williams to share their knowledge and experiences. Horn started by contrasting traditional Indigenous approaches to birth with the realities of giving birth today. Historically, she told the audience, birth was a multi-generational community event. Elder generations provided support and experience, and younger women used it as a learning opportunity. In her presentation, Horn questioned the modern “dissociation from this process until we are actually in it.” This “disassociation” makes the birthing process more stressful than necessary, aggravating depression and anxieties. Adding to this, many Indigenous women are forced to travel long distances in order to reach a hospital. And although rural Indigenous communities may have a clinic, they are often deemed insufficient, and pregnant women are strongly encouraged to travel to larger cities. Both Horn and Williams underscored the trauma of having to give birth in a strange hospital, without the comfort of one’s community. In stark contrast to the traditions of familial support, oftentimes, only one relative is able to join the mother – if at all.

What Horn and Williams are both doing, within each of their communities, is a start at providing additional birthing options and support to Indigenous women. In this vein, Horn spoke of creating solidarity amongst the few Indigenous practitioners of medicine. Similarly, Williams’ work within the Indigenous Birth Keepers Group is a way to provide support and reclaim tradition. Through the group, expecting parents can access doulas, who provide emotional and spiritual support, both during and after pregnancy. There are also parenting and childcare programs available, as well as the chance for new parents to connect with elders in the community.

Horn then mentioned some of the alarming statistics regarding birth and pregnancy within Indigenous communities. According to the National Collaborating Center for Aboriginal Health, Indigenous mothers are disproportionately affected by premature and stillborn births. This may be attributed to toxic pollution and insufficient access to proper nutrition – a part of the larger, structural mistreatment of Indigenous communities. The systemic exclusion of Indigenous people in medical studies only worsens the problem. But Horn also reminded the audience that as troubling as these facts are, this negative lens provided by mainstream media is not the only narrative.

On a positive note, the rate of breastfeeding among Indigenous communities is on the rise. Due to the institutional and historic separation of Indigenous women and their children, traditional practices of caring for children after birth have been disrupted. Macleans reports that as part of forced assimilation in the early 1900s, the Canadian government started making Indigenous women travel to federally-operated hospitals, disrupting various birthing traditions such as the inclusion of extended family members. But according to the 2018 Quebec First Nations Regional Health Survey, more than half of First Nations children between ages zero to five are now being breastfed, compared to less than 40 per cent of children in 2008. Breastfeeding has numerous positive benefits for babies, such as the development of motor, intellectual, social, and emotional abilities, per the report.

There have been numerous efforts from Indigenous advocates across the country to provide new mothers with more resources and opportunities to embrace traditions historically denied them by the impositions of the colonial government. At Kateri Memorial Hospital in Kahnawake, Vanessa Rice has been a breastfeeding support worker for the past two decades, starting to work with new mothers in the 24 to 28 hours after birth. In a 2018 article, Rice tells CBC, “Having the support as soon as moms come home with their baby, I think that’s what makes their breastfeeding journey very successful. Peer support is what is in demand and what has been happening in our community.” And in Manitoba, the Manitoba Indigenous Doula Initiative was recently founded, providing women with during and post-birth traditions, such as the placenta ceremony.

Speaking on this, Horn explained to the audience, “there are a lot of those outcomes that we know anecdotally, but we don’t necessarily have the research to back [them] up.”

Williams recounted her experiences as a doula as incredibly varied. She emphasized how every mother is different – a reality that is unfortunately often overlooked. There is a problematic tendency, she says, to generalize within dialogues about Indigenous communities. It’s critical to remember that “Indigenous” is a very broad term, and that each community has different practices and traditions. Within these communities, Williams says, each mother and family will have different outlooks, personal histories, and levels of comfort and desires. Part of her job as a doula is to listen to the mothers and provide them with the best possible experience. This may vary from seeing them through a traditional home-birth with a midwife, to trying to make a birth in a hospital more comfortable. She doesn’t think of this sort of community-oriented approach to birth as work. To her, “it’s out of love, and it’s just from the heart.”

Finally, Horn explained her own personal journey and change in approach to medicine throughout her career. Despite some initial skepticism as a young medical practitioner, she summed up her reconciliation of the importance of tradition: “our stories may not necessarily be rooted in science, but at least they’re giving our women their cultural knowledge.” It is this cultural knowledge that supports and rebuilds communities, while reclaiming the process of life.