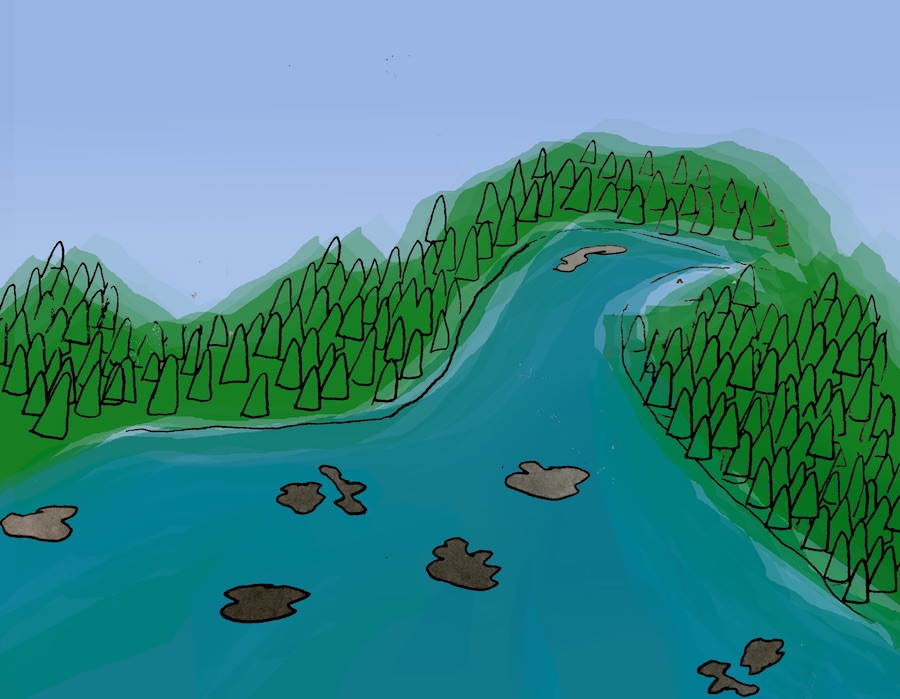 Little has been done to account for the Mount Polley mining disaster, one of the biggest environmental disasters in Canadian history, which began on August 4, 2014. Due to a breach in an Imperial Metals-owned copper and gold mine, approximately 24 billion litres of slurry and toxic waste were spilled into Quesnel Lake, Polley Lake, and surrounding waterways in British Columbia. Local Indigenous communities, including the Lhtako Dené, T’exelcemc, and Xat’sull First Nations, learned of the disaster from friends, and were not notified by Imperial Metals or the provincial government. Five years after the disaster, Imperial Metals has not faced criminal charges.

Quesnel Lake, one of the bodies of water most affected by the spill, is a crucial source of fish and drinking water for the Lillooet Tribal Council, which represents seven First Nations local communities in the Northern St’át’imc Territory. It provides a critical source of protein for members of these First Nations, as salmon is the primary food source in the area, with alternative replacements costing up to $3.8 million for each community.

Though the fish habitat was supposedly protected under the Federal Fisheries Act, Imperial Metals was repeatedly given an Environmental Management Act permit from the BC Ministry of Environment, to release waste directly into Quesnel Lake. Furthermore, several government and independent reports detailed the mine’s substandard construction both before and during its operation and preventable flaws in the dam’s design.

Two years after the breach, Imperial Metals’ Mount Polley mine resumed operating and was granted a permit allowing the dam to continue discharging waste into Quesnel Lake, until 2022, disregarding the Fisheries Act and the demands of Indigenous communities. As for now, the mine has deferred operations since May 31, due to low copper prices.

British Columbia’s Liberal government, headed from 2011 to 2017 by Premier Christy Clark, failed to file charges against the company while receiving millions of dollars in donations from mining giants, including Imperial Metals, which has donated almost $200,000 to the B.C. Liberal party.

Bev Sellars, Chief of Xat’sull First Nation at the time of the incident, attempted to file private charges in 2017, but was rejected by BC Prosecution Services. As of this year Prime Minister Trudeau and Fisheries Minister Jonathan Wilkinson have failed to act on the deadline – August 4, 2019 – to file charges against Imperial Metals, in spite of the disaster being, as The Tyee reports, a “textbook case of corporate negligence.”

Though not often focused on in the media, Canada is a global force in the mining industry, and has a history of irresponsible practices and neglect of environmental devastation. Non-profit organizations, like SumOfUs and Reform BC Mining have petitions addressed to Prime Minister Trudeau, Minister of Fisheries and Oceans Jonathan Wilkinson, and Minister of Justice David Lamett, in order to hold Imperial Metals accountable for the Mount Polley mining disaster, to enforce the Federal Fisheries Act, and to reform B.C. mining laws. Further, Amnesty International is pushing for a public inquiry into British Columbia’s mining regulatory regime.