Manfredi Up for Reappointment 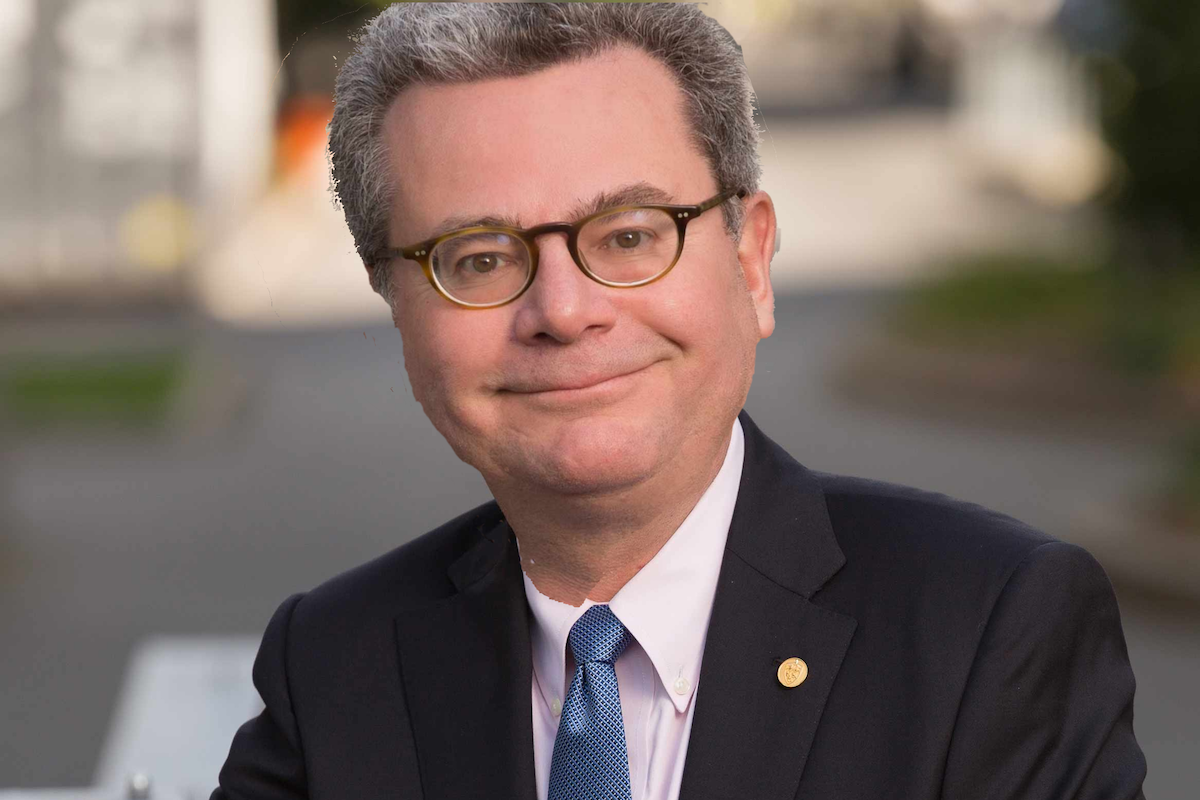 
Earlier this summer, Principal Suzanne Fortier sent out an email informing students of an advisory committee for the possible reappointment of Provost and Vice-Principal (Academic) Christopher Manfredi. His five-year term (which began in 2015) is almost complete, and McGill community members now have the chance to voice their comments or concerns.

Sitting on the committee are Principal Fortier, four professors, four members of the Board of Governors, two student representatives (including SSMU VP-University Affairs Madeline Wilson), and the Secretary-General.

While deliberations continue, The McGill Daily had the chance to speak with members of the community about Manfredi’s tenure, many of whom were dissatisfied with his work.

Connor Spencer, a former SSMU VP External who was involved in creating SSMU’s Gender and Sexual Violence Policy, spoke to the Daily about her experience working with the administration to develop a better university-wide policy. She specifically mentioned Manfredi’s rhetoric towards student activists throughout their campaign for a better policy, writing that “his communications to the McGill community [in] April and May 2018 made it very clear he did not take the student demands seriously.”

A January 2019 McGill senate report conducted by iMPACTS, a collaborative organization to address sexual violence on campus, also referenced numerous times the language that administrators – including Manfredi – used when communicating with students.

“This issue of language, and of the tone of communication between stakeholders at the university,” the report states, “was raised numerous times, with many participants expressing the opinion that the McGill administration often employs overly corporate, academic, or legalistic language in its communication with members of the community, which is perceived to be unsympathetic and lacking in empathy.”

Indeed, Spencer received a formal, personal letter from Manfredi (in the aftermath of the open letter SSMU wrote in 2018), which she shared with the Daily via email. In this correspondence, Manfredi writes to Spencer, “Your letter […] states: ‘The administration has made no attempt to address abuses of power in a meaningful or significant way […].’ This assertion, like many others in your letter, has no basis in fact.”

Tomas Jirousek, the Indigenous Affairs commissioner at SSMU and a leader of the campaign to change McGill’s varsity football team name, also spoke with the Daily about his experience with Manfredi.

“Indigenous students had clearly expressed our concerns regarding the name, and despite this fact, the Provost and administration failed to take action until we, as Indigenous students, engaged in a grassroots campaign to address this issue,” he writes.

And while Jirousek tells the Daily he appreciates the Provost’s work in launching the Task Force on Indigenous Education Indigenous Studies, he says that Manfredi has failed to proactively take on the calls to action of the final report.

“McGill requires a proactive Provost who is willing to take positive and concrete action on Indigenous issues without needing to be constantly pressured into doing the right thing,” Jirousek writes. “For those reasons I firmly believe that the Provost should not be reappointed.”

These complaints regarding Manfredi’s work with students at McGill extend further. In an email to the Daily, Wilson – who sits on the reappointment committee and works with the administration in her role as VP University Affairs – writes that his interactions with student advocates often feel overwhelmingly performative.

“If he wasn’t required to consult students on particular issues, I have doubts that he would do it at all,” she says. Specifically regarding the changing of the R*dmen name, Wilson writes that he “preferr[ed] to argue over semantics in a document rather than engaging with the lived experiences of students who the name has harmed.”

Before his appointment to Provost and Vice-Principal Academic, Manfredi was formerly the Dean of Arts. In the Faculty of Arts, he put forth one of the most controversial budget cuts at McGill – eliminating 100 arts courses available to students in 2013.

This budget cut, which redistributed funds away from smaller classes and into larger introductory courses with more TAs, was heavily opposed. As a matter of fact, the elimination of these courses had a direct impact on temporary course lecturers, who told the Daily they were not made aware of the cuts until they were publicly announced.

“No one from the faculty spoke with the union that represents course lecturers at McGill, even to give us a heads-up, let alone to consult with us on this move,” former AGSEM President Lilian Radovac said in 2013.

Students were firmly opposed as well, with one questioning Manfredi in a town hall, asking, “Can we learn in a big class? You [can talk] to your TA once a week, or […] you [can] learn in a small environment with people that really care about teaching every time you go to class.” About a year after the changes were initially announced, the Art History and Communication Studies Graduate Student Association (AHCS-GSA) adopted a motion of non-confidence in the Provost, garnering around 200 signatures.

“After a year of official ‘consultation’ where students, faculty, and staff repeatedly expressed extensive reservations about the viability of this plan as both a cost-saving measure and an organizational strategy, the [Provost’s plan] remains largely unchanged,” the AHCS-GSA wrote in the Daily in 2014.

Problems with the Committee’s Composition

Wilson also shared her thoughts regarding the composition of the committee. Out of the 12 members sitting on it, she is the only undergraduate student there.

“[Manfredi] oversees McGill’s academic affairs, […] the whole reason students are at this university. To have only one student on the committee to recommend a decision on his reappointment is a gross misrepresentation,” she says.

Jirousek also shared his thoughts on the committee’s composition, writing that, “as Indigenous students we have the right to have our voices heard with regards to the reappointment process, especially considering the Provost’s work with the Indigenous community.”

While it’s unclear whether or not Provost Manfredi will be reappointed for another five years, McGill community members are welcome to submit their thoughts to the Advisory Committee. You can send your opinion via email to advisories@mcgill.ca, or via mail to 845 Sherbrooke Street West, Room 313, Montreal, QC H3A 0G4.