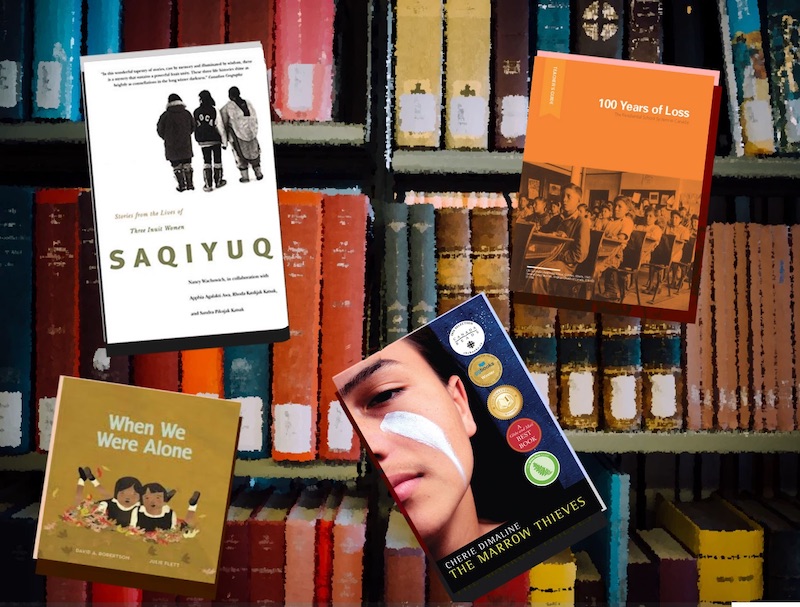 The Truth and Reconciliation Commission (TRC), which officially began in 2008 as a result of the Indian Residential Schools Settlement Agreement, aimed to document the erased history of the residential school system and in doing so, act as a step towards meaningful, lasting reconciliation.

Before the final TRC report was published, the commission released a document with 94 “calls to action.” Actions 62 through 65 call upon federal, provincial, and territorial governments, as well as the Council of Ministers of Education, to create a mandatory curriculum on residential schools, Treaties, and Indigenous peoples in Canadian history for students in K-12.

According to the government of Canada, their response to Action 62 on the TRC Calls to Action is to transform education on reserves, contribute financial resources to the First Nations University of Canada, and allocate $275 million within 2016’s budget for language and culture until 2020.

Aside from the dedication of funding, federal response to Action 62 centers itself upon structuring the education of Indigenous peoples. Indigenous-specific educational institutions are disadvantaged when compared to non-Indigenous educational systems, in terms of funding and follow-through on behalf of policy-makers. The government must take care when intervening in the systems of knowledge they once worked to systematically destroy, especially in the context of the settler-colonial project that continues to erase Indigenous ways of knowing and living.

As for Action 63, the responsibility for responding to this Action falls on the Council of Ministers of Education. In Ontario, Indigenous educators and elders were invited to partake in the curriculum revision project. These curriculum writing sessions, scheduled for July 2018, aimed to infuse Indigenous perspectives into the course content of each subject. The writing sessions were cancelled just three days before they were set to begin. It is unclear who is responsible for the cancellation, though it is likely that the Ministry of Education cancelled the sessions in response to budget cuts by the Doug Ford administration.

Frustrated with this cancellation and the government’s failure to act, citizens are taking matters into their own hands. One endeavor, led by the University of Toronto’s Outreach Librarian Desmond Wong, initially aimed to create a list of free resources in response to the Truth and Reconciliation Comission’s Calls to Action and the Ontario government’s cancellation of the curriculum rewriting sessions.

This list of resources eventually evolved into a research guide, entitled “Infusing Indigenous Perspectives in K-12 Teaching.” The material includes audio and visual material as well as games, lesson plans, Indigenous language materials, and other forms of course support for teachers and educators. The research guide that houses these materials was started in 2013 by current Acting Director of the University of Toronto’s library, Jenaya Webb, and a student, Rebekah Bedard, in collaboration with the Deepening Knowledge Project and Dr. Jean-Paul Restoule. The guide is made available to all online through the University of Toronto’s teaching and education research program.

Though not the first of its kind – the University of Alberta also offers a comprehensive education guide – it is set apart by being a living, breathing entity, inclusive of a wide range of media forms; Wong is continually looking for new resources to improve and add depth to the guide. Most recently, a section on Indigenous-created Virtual and Augmented Reality has just been added. In conversation with the Daily, Wong expressed that he hopes the next step will be to more fully incorporate resources on Indigenous languages, which he says are “essential to Indigenous knowledges and worldviews, into pedagogy and every day interactions in classrooms.”

However, in regards to Quebec’s Ministry of Education and school board system, progress towards fulfilling the TRC Calls to Action is similarly slow-moving. A March 2017 report from the Advisory Board on English Education entitled “Indigenous Education: Walking on Both Sides of the River” includes a section on involvement of [Indigenous] community members in developing the education system. This report uses the rhetoric of “preserving community traditions and heritage […] as elders die” contributing to the image of the disappearing Indigneous population. Much of this report is centered upon improving the education process for Indigenous students, yet fails to commit to concrete changes for the implementation of Indigenous knowledges and historical processes within the education of non-Indigenous students. Section 8 condemns the present instruction of Indigenous content for non-Indigenous students in Quebec; though it mentions the Truth and Reconciliation Commission’s report, it merely describes what school boards in other provinces have done rather than putting forward any concrete changes to address this gap in curriculums.

While citizen-led initiatives such as Wong’s guide serve as an excellent resource, he recognizes “this resource is fairly limited compared to the breadth of materials that are available.’’ As he describes, “there is an entire world of fantastic Indigenous resources.”