In Negotiations with the University 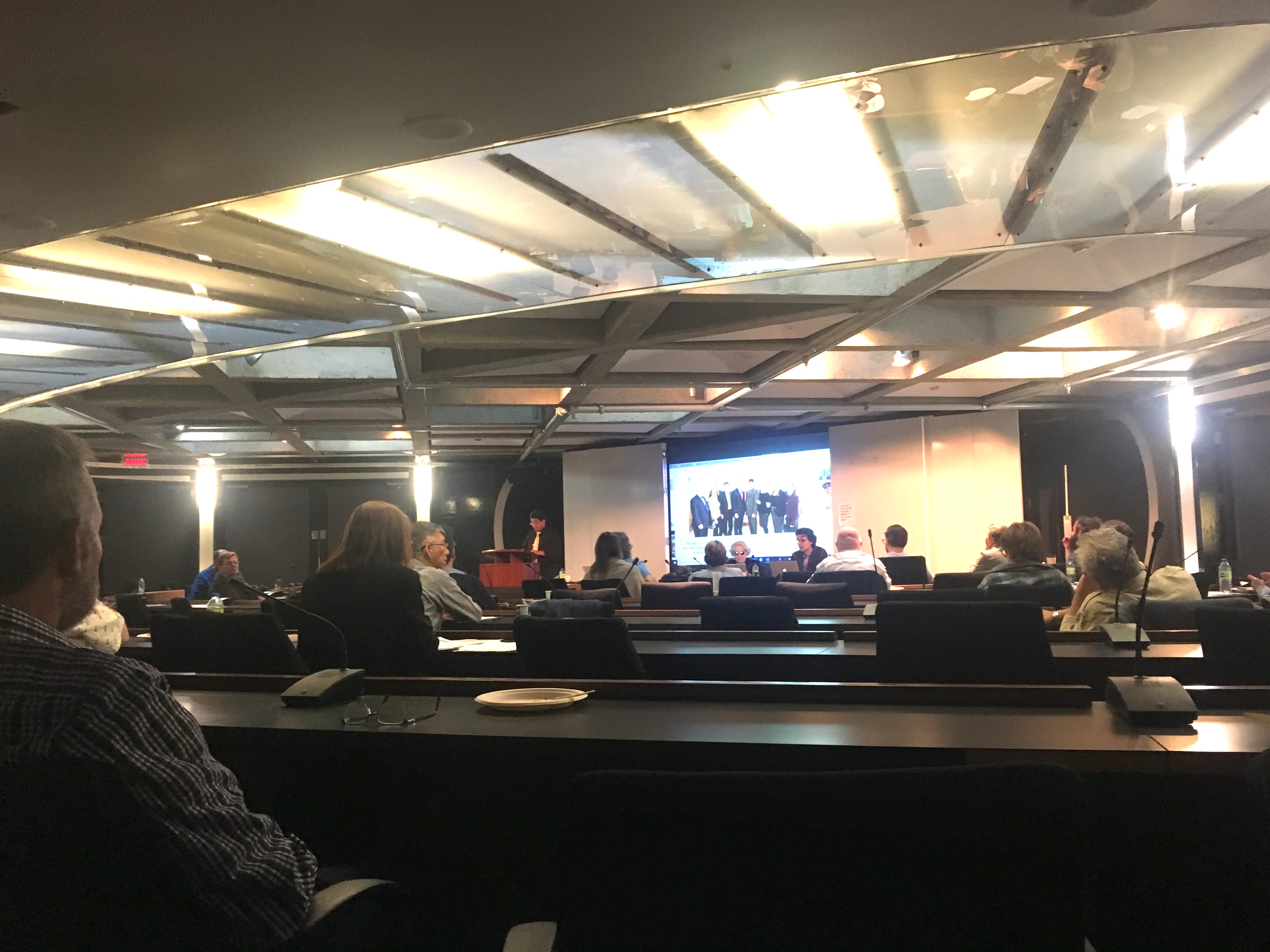 On September 13, the McGill Course Lecturers and Instructors Union (MCLIU) held its second General Assembly (GA) of the year in Leacock 232. On the agenda was the approval of the previous GA’s minutes, MCLIU President Raad Jassim’s report, the report of the Union’s finances for the first six months of the year, and the report of the Chair of the Bargaining Committee, to which the bulk of the GA was dedicated.

The MCLIU has been in negotiations with its employer, McGill University, since June 2018. The Union’s first collective agreement was ratified in 2015, and they are currently negotiating their second collective agreement (the first was set to expire in October 2018). Their primary issue with the agreement is Clause 15.03, which they argue the University has purposefully misinterpreted in order to increase external hiring and limit their teaching opportunities.

Even though mediation on article 15.03 was scheduled for July 24 of this year, it ultimately did not happen. “After waiting for two years,” President Jassim explained, “this is the second time that article 15.03 arbitration has been cancelled because of the employer” (the first time it was cancelled, McGill’s lawyer was apparently sick).

“The employer is using every article in the book to stall, to delay, to object,” he said to union members in his report. “But we will teach them there is democracy, and there is justice […] It takes a long time, but you will be here for a long time. Management will change – you won’t.”

After the President’s report – and the subsequent presentation on the Union’s finances – more than 15 new delegates were appointed to the Union. There are now about 30 of them total, from a variety of schools and departments. The delegate system, which was set up in 2013, is a crucial connection between the Union and members’ respective departments.

Per the MCLIU’s website, “delegates act as a direct link between the Union and their departments, and thus play an essential role in ensuring that the Union continues to represent the interests of its members.”

As the motion to approve the new delegates passed, Vice-President Ahmad Munir told them, “You are the Union; you are our force.”

Nick Papatheodorakos, Grievance Officer and Chair of the Bargaining Committee, then provided a review of different issues Union members had recently brought forth.

One of these grievances was the distribution of courses to members with lower seniority, but Papatheodorakos says it’s being resolved. He explained, “they recognized that you must respect the preference of the member – so if you have [a ranked list of four] courses, they should give you the first one if you’re next in the seniority list to get courses” rather than the fourth-preferred course.

“So there’ll be five PhD students submitting a course proposal,” he explains, “and then they’d pick one – the one that they wanted, and in most cases, it was the one that was of the chair or of somebody pretty high up who needed some research done.” That course would then be posted on a 48-hour short posting, and everyone would be invited to apply. “But the problem is that that course was tailored for one individual,” he says. The MCLIU has reportedly filed a grievance on this issue, and will go through arbitration.

“They’re capping out on their reserve clause under 15.03,” Papatheodorakos said, “and so to expand it, they’re doing calls for course ideas so they can kind of swing around the back door and create another 15.03 list on their own.”

As the Chair of the Bargaining Committee, Papatheodorakos then presented a detailed report on the status of the Union’s negotiations and the clauses the University has and has not budged on.

One of the clauses the University did concede on was the addition of clause 15.03.03, which would inform MCLIU members what courses are going to be reserved for external hires – including professionals and PhD students – under article 15.03 earlier than they previously had been informed.

“What was happening is we’d only find out which courses were reserved and allocated to professionals or PhD students a month after the semester started,” Papatheodorakos explained. “But by that time […] there would be a lot of time wasted. It created anxiety amongst our membership, and it created stress and anxiety with the hiring units.”

Now, MCLIU members will be informed of which courses are reserved at the beginning of each course allocation period – June 1, October 1, and February 1.

Another clause the University conceded on was article 21.06, extending the amount of time that Union members can file a complaint of harassment from 90 days to two years.

While certain clauses passed without relative contention, the MCLIU still has a number of issues with the collective agreement that the University is not budging on.

One of these was article 2.03 – the definition of “Course Lecturer.” Papatheodorakos maintained in the GA that even though the Principal has publicly stated that Course Lecturers are faculty, the bargaining team for the University refuses to recognize this.

“They fear […] that if we get the word ‘faculty’ in there, we’ll suddenly be demanding full professorship tenure-track appointments for some strange reason,” he explained. On the topic of academic freedom – in line with article 3.05 entitling Course Lecturers to “freedom of conscience and teaching” – the University has also not budged.

“We asked for academic freedom – we tried to explain to them why it’s important, [but] they did not want to understand or they just were playing dumb,” Papatheodorakos said. According to him, one member even thought conceding this would mean course lecturers would be able to change the class from 13 weeks to six.

Another article the University has been increasingly persistent on is 6.11, regarding the provision of free office space for the Union. “We’ve had no demands for this,” Papatheodorakos said, “but for some reason this is something they’re doing with all the unions – they’re insisting on us signing a lease without having seen the lease. Everytime we ask them to see the lease, they say ‘Oh, it’s not ready yet.’”

But the University may have ulterior motives for removing the Union from Peel Street. “There’s rumours that they’re going to basically be selling or knocking down these buildings on 515 Pins and the row houses on Peel,” Papatheodorakos added.

As the GA wrapped up, MCLIU introduced their newest member to the Executive Committee – Fabienne Cyrius, the Interim Communication and Mobilization Officer. She has worked for McGill for 10 years, lecturing in the Faculty of Management.

“When it comes to mobilization, it really depends on each one of us,” Cyrius said. “Our force really comes with numbers.”