The MCLIU is “A Force to be Reckoned With” 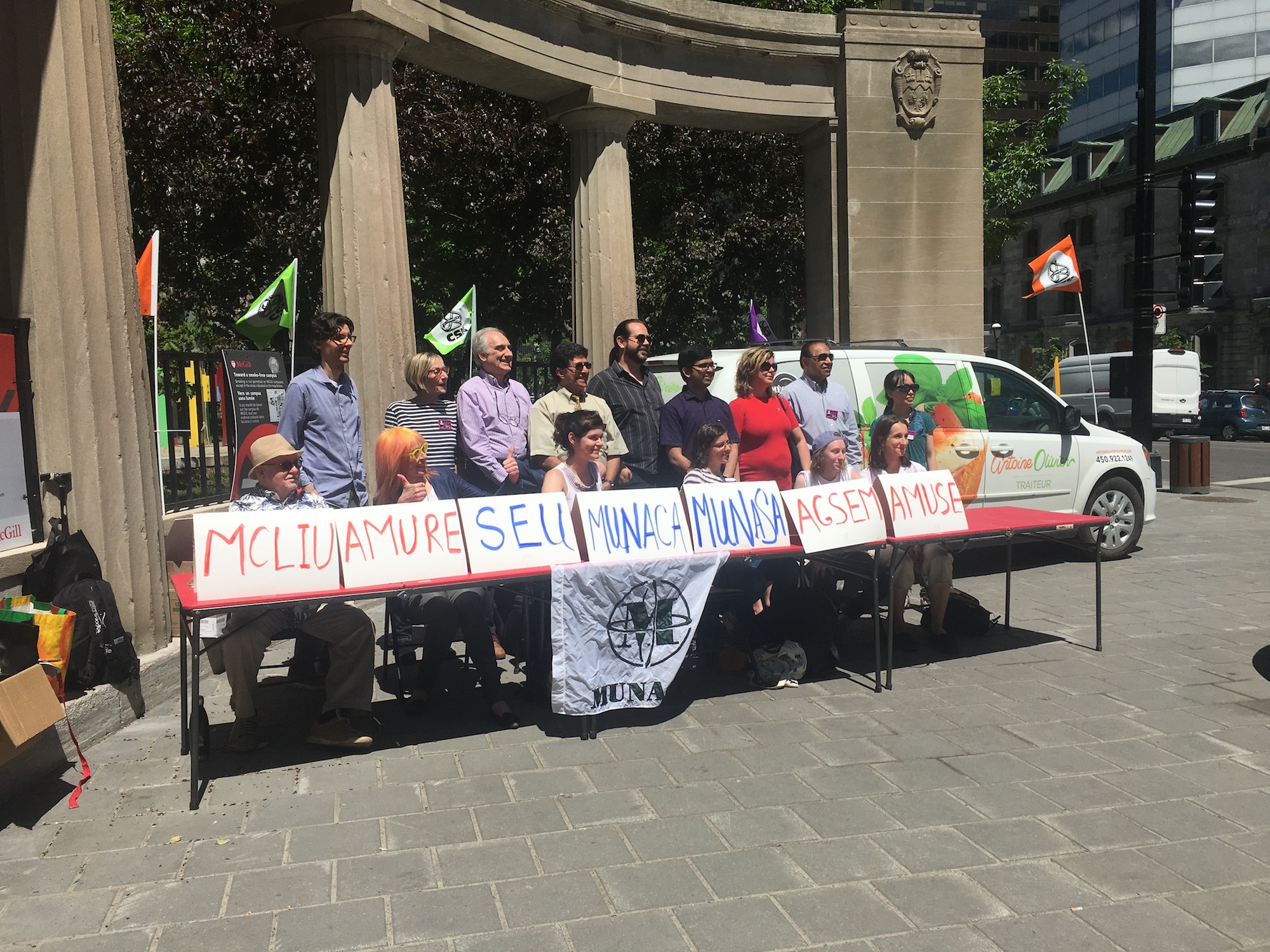 On Thursday, June 6, a coalition of McGill groups held the first inter-union barbecue in front of the Roddick Gates. Among these groups was the McGill Course Lecturers and Instructors Union (MCLIU).

The barbecue featured free food, music, and a speech from MCLIU President Raad Jassim, but it wasn’t put together to simply celebrate – these groups were gathered to collectively send a message to the McGill administration. Alongside the food vendors, a long row of tables featuring all of the unions gave visitors the chance to talk with representatives from each of the groups. In particular, the MCLIU expressed specific issues with the university regarding negotiations about their collective agreement.

“We’d like [the administration] to go beyond investing in brick and mortar […] in that they should think about the human labour and educators that make McGill what it is.”

The MCLIU’s Collective Agreement with McGill

The MCLIU began negotiations for their second collective agreement in June 2018, as the first agreement was set to expire in October 2018. Their main issue arises from a disagreement over the interpretation of article 15.03.

In the first collective agreement, article 15.03 states that hiring units at McGill don’t have to post courses to their website when they hire “students registered in post-graduate programs at the University, Post-Doctoral fellows, retired Professors, Adjunct Professors, Managers or Professionals.” However, the same clause states that the number of courses not posted in a hiring unit should not exceed fifteen per cent of the total number of courses “not allocated to Regular Professors.”

According to the MCLIU, this reserve clause was formed to give PhD students the opportunity to teach, and that at the start of negotiations, their employer indicated that PhD students were the priority. However, the MCLIU says that the university has purposely misinterpreted the clause to increase external hiring under the category of “professionals,” limiting the teaching opportunities for other course lecturers and PhD students.

The union provided the Daily with the following statistics to support their claims. The MCLIU reportedly receives this data each academic year from HR, due to stipulations in their collective agreement which require them to have access to it. 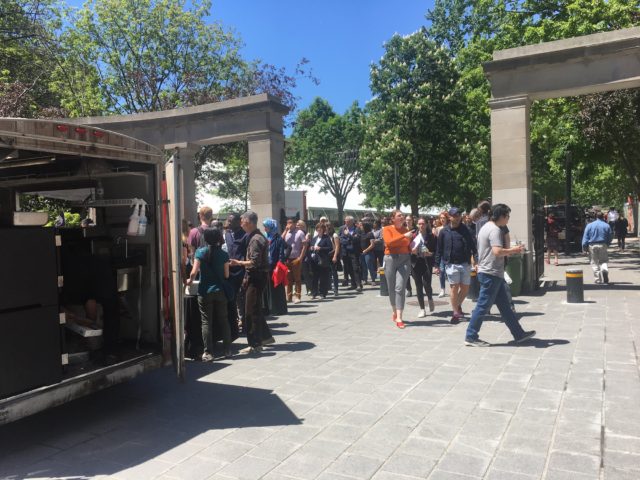 The line stretched out far past the Roddick Gates.

The Daily was unable to gain access to data from the McGill administration regarding course allocations. In March of this year, Provost and Vice-Principal (Academic) Christopher Manfredi and Vice-Principal (Administration and Finance) Yves Beauchamp presented the 2017-18 Staffing Report to the McGill Senate. When asked about the lack of information regarding course lecturers in the report, Provost Manfredi “indicated that a snapshot of a particular point in time may not provide an accurate picture for this group therefore different ways of tracking the information were being explored.”

However, the Provost failed to provide further information about the different ways of tracking that were being explored, and how they would yield more accurate information compared to the data provided to the MCLIU from HR. Provost Manfredi also did not respond to the Daily’s question, “Why would the statistics on the number of course lecturers hired by McGill during the 2017-18 academic year, provided at a Senate meeting in March 2019, fail to give ‘an accurate picture’ of the previous academic year’s data?” 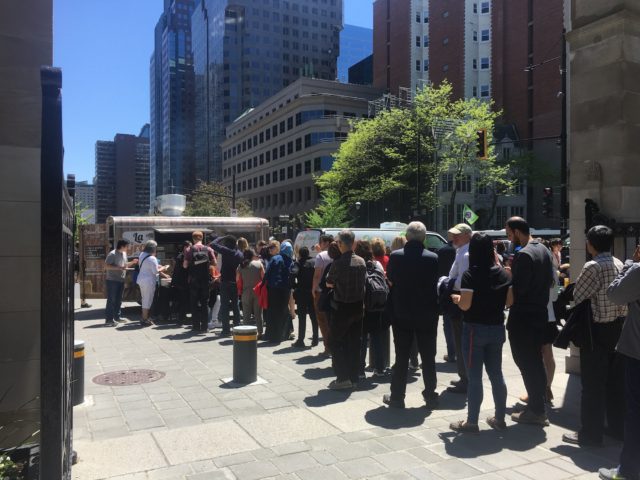 People lined up for free food at the event.

In short, the host of issues the MCLIU is facing, per the press release, are: “increased hiring from outside McGill; external hires with no teaching experience; qualifications for external hires are not held at the same higher standard as Course Lecturers; fewer courses for Course Lecturers; [and] course allocation not following the seniority list.”

“The human resources we have are a force to be reckoned with.”

But the MCLIU is not giving up. This coalition of unions at the barbecue, according to President Jassim, was able to come together under very short notice. In a statement to the administration, he said, “we’d like them to go beyond investing in brick and mortar […] in that they should think about the human labour and educators that make McGill what it is.”

The MCLIU also adopted a mobilization mandate in February 2019 to ensure that “the Union take[s] all necessary measures required to mobilize its membership […] for an equitable second collective agreement that provides job security and rights.” They began conciliation meetings with a representative of the administration and Conciliator Donald Tremblay in mid-March, and will continue to have these meetings throughout the summer and fall.

President Jassim ended his interview with the Daily expressing hope for the future and confidence in the union: “the human resources we have are a force to be reckoned with.”