Disenfranchisement an Issue for Voters with Disabilities 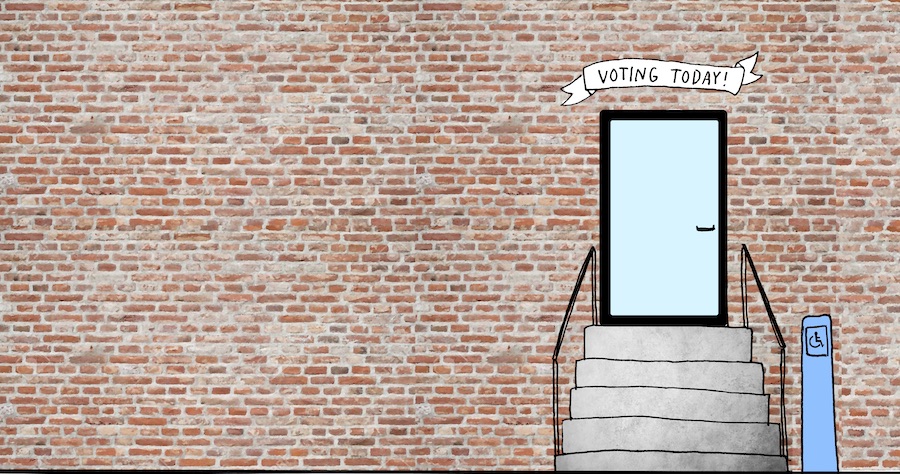 Since Canada’s last federal election in 2015, much has changed except, according to disability advocates, voter accessibility. Despite the Advisory Group for Disability Issues’ report in 2016, which included suggestions for voter accessibility following the previous election, “little has changed,” according to disability rights activist Megan Linton. Of the 11 recommendations by the committee, the status of their implementation hasn’t been announced, and it’s unclear how many and on what scale they will be implemented by October’s voting period.

In response, Elections Canada (EC) has claimed that they have “taken concrete action on more than half of these 11 items,” but the availability of these changes in each province was not mentioned. Specifically, EC states that improvements include “significantly expanding the suite of digital and print-based information products for electors with disabilities; […] allowing for personal use of mobile applications that gives an audible verification for an elector’s marked ballot and changing the design of the ballot to make this easier; and expanding the accessibility testing of Elections Canada’s print products and its website, “as well as improving training for election workers, though the specifics of the training have not been clarified. To address criticism, EC cited the many legislative steps required to make the called for changes as the reason they have not been fully implemented.

According to Linton, clarity and accessibility on the ballot are especially important for the federal election, as the higher number of candidates – as well as differences between provincial and federal parties – can lead to confusion.

Canadian voters with disabilities, who only fully gained the right to vote in 1993, still face considerable difficulty at polling stations and accessing candidates themselves. Though polling stations are more likely to be physically accessible, the office of many political candidates may not be, which can make gathering information and engaging with the political process difficult.

While EC does provide the opportunity for individuals to vote from home if their local polling station isn’t accessible, these services, including the ability to have a sign-language interpreter or aide at polling stations, must be arranged ahead of time. Requirements like these create barriers for disabled individuals to access opportunities to cast their ballots without difficulty, let alone with the same ease as able-bodied or neurotypical voters. Additionally, information for these services are not readily available or easy to navigate, and they can remain unknown to voters. Of the 37 accessibility criteria set out by EC, only 15 are mandatory, and voters must call ahead to find out which polling stations fit their needs. Most of these accommodations are only available with advanced polling, which does not fall under the day that citizens can legally take off work to vote – which is only the official election day.

Trial and Error on the Provincial Level

Manitoba’s general election, which was called early and held last Tuesday, was a useful indicator to how calls for improved accessibility have progressed. Not only do early elections make the accommodations needed by some voters with disabilities difficult to arrange, but recommendations such as adding pictures to ballots – a useful tool for those with intellectual and learning disabilities as well as neurodivergent individuals – were not implemented in the voting process. Ballot modifications such as these aid in avoiding confusion between candidates and lessen the chance of errors.

The unnecessarily early election creates additional barriers and confusion that, paired with the lack of action by the election organizations, continues the disenfranchisement of disabled voters in a cruel, usual way,” Linton said in a piece for the CBC.

In Ontario’s general election last fall, Elections Ontario employed 175 “accessibility machines” in polling stations across the province. However, several voters came forward expressing issues with the machines, as some simply did not work or were unavailable. In one case, some voters were left with no choice other than to convey their choice to an elections official verbally. There were also many reports of voters having to rely on physical assistance from election workers to cast their ballot, with one wheelchair user adding that an elections official saw his choice by the end of the process.

Additionally, these machines were only available in polling stations during the advanced polling period, and not on Election Day itself. On Election Day, voters with visual impairments were provided with a braille template, though some voters – including disability rights advocate David Leopsky – reported that the templates were not offered at some polling stations, and some had to use the audio-visual aids with great difficulty.

As disability rights organizations, such as the Canadian National Institute for the Blind (CNIB) assert, voters with disabilities have the right to private and independent voting inside the polling station. (As it stands, a federal act laying out rights for Canadians with disabilities – for issues concerning more than just voting – is not yet law, and was officially proposed just this summer.) This can be especially difficult for some voters, who, due to inaccessibility of voting booths, require an aide to enter the polling station with them. Though this is an offered accommodation by EC, it ultimately removes the possibility of voters having an independent and confidential voting process. This is a reality for voters with visual impairments, as, depending on the province or area, the most common accommodations are ballots templates printed in Braille. If those are not available, voters with visual impairments must have someone read the ballot to them and then cast their ballot verbally, or they must have an elections worker aid them in filling out a ballot. EC had previously worked with the CNIB on a new technology for voters with visual impairments, but it was abandoned in 2010 and there has been no further progress since.

Though calls for increased accessibility are present across the country, it is unclear if EC will take these suggestions to action this October, or if accessibility measures will work effectively. And even though disability rights groups and activists are working to make accessibility possible ahead of the election, one Ontario voter, Tim Nolan, who is legally blind, says there is a “gap in the whole democratic system.”

“While everybody else who doesn’t have a disability has both the right and privilege,” Nolan says, “persons with disabilities do not get the privilege.”

An earlier version of this story incorrectly attributed Elections Canada, rather than Elections Ontario, as the facilitators of the “accessibility machines” in 2018’s election. The Daily regrets this error.