There is No Leftist Zionism 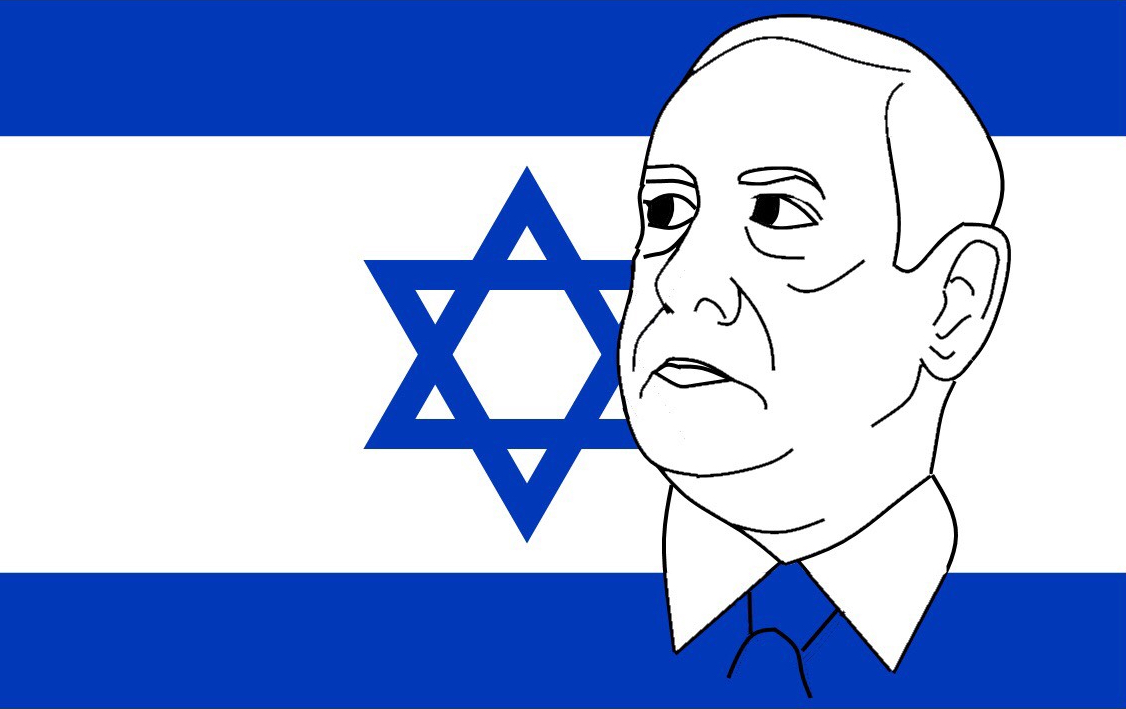 I was rather surprised by the shock that followed the announcement in February that Benjamin Netanyahu had managed to negotiate the merger of the far-right religious Jewish Home party and the far-right Kahanist Otzma Yehudit party. This strategic deal will ensure that both parties pass the electoral threshold in the upcoming Israeli legislative elections in April. Haaretz immediately published numerous pieces criticizing the merger, reporting the clamour of outrage from members of the American Jewish community and those who took to Twitter to express their disgust.

I couldn’t tell at first which party people were disgusted at. It turned out to be the Kahanists, along with a good dose of enmity towards Netanyahu for facilitating the alliance. But the Jewish Home, currently a coalition partner to Netanyahu’s Likud party, is an equally repulsive organization, and nobody should be surprised by such a merger. For me, the announcement and the reaction serve as a reminder of the perverted nature of Israeli politics, whose fundamental racism and anti-democratic character are ignored by too many.

Otzma Yehudit are Kahanists, followers of the late Meir Kahane, a fundamentalist rabbi and onetime politician who envisioned a greater Israel rid of Arabs and operating under conservative Jewish law. The party he founded, Kach, was so extreme and violent that it was eventually banned as a terrorist organization by multiple countries, including Israel. Kahane was assassinated in New York in 1990, but his legacy lives on in North America and Europe, where the paramilitary wing of Kach, the Jewish Defense League, remains active.

In comparison, Jewish Home has had in its ranks figures like Ayelet Shaked, the Justice Minister, who once referred to Palestinian children as “little snakes” in a borderline-genocidal Facebook post. Its former party leader, Education Minister Naftali Bennett, stated in a discussion in 2013: “I’ve killed lots of Arabs in my life — and there’s no problem with that.” On that count, Bennett is not lying. During the Israeli invasion of Lebanon, he led an operation in which Israeli forces shelled a United Nations compound, killing 106 Lebanese civilians. Both Bennett and Shaked left the Jewish Home late last year to form a new party, but it remains fundamentally the same.

The announcement and the reaction serve as a reminder of the perverted nature of Israeli politics, and of how its fundamental racism and anti-democratic character are ignored by too many.

The current outrage against Netanyahu misses the fact that he has for years been in government with these fascists in the Jewish Home. Where is the difference between the two parties? Kahanists massacre Arabs illegally, while Jewish Home politicians do it through the legal apparatus of the military. Kahanism has become a dirty word for most Israelis, especially for self-identified liberal ones who revile it as a racist and fanatical ideology. Multiple headlines condemned the merger as bringing Kahanists into the Knesset, the Israeli legislature, but the Kahanists are already there. They just don’t call themselves that; they call themselves “conservative” or “nationalist,” all while pushing the same genocidal beliefs that Kahane pushed decades ago.

More broadly, the outrage over the merger also misses the fact that this racism is not unique to the the Israeli right composed of Netanyahu and his allies. Benny Gantz, a retired general, is the newly-anointed anti-Netanyahu figure. His new Hosen L’Yisrael party, which positions itself as “centrist,” has skyrocketed ahead of the other opposition parties in the polls. Gantz has also bragged in a series of campaign ads about his role in the bombing and devastation of Gaza in 2014, bragging that it was “returned to the stone ages,” and boasted about killing over 1,300 Palestinians. A lawsuit for war crimes against Gantz was filed by a Dutch-Palestinian man at the Hague last March, and it is possible that the campaign ads will be considered as evidence. On top of the genocidal campaigns ads, the party’s slogan is “Israel Before Everything,” a domineering expression of supremacy.

In reality, there is no Zionist left, just varying shades of ethno-supremacists and apartheid apologists, because there cannot be a Zionist left.

Other parties in the opposition also line up poorly. The dying Labour Party, which has been eclipsed by Gantz in the polls, is lead by Avi Gabbay, who has confirmed his support for West Bank settlements. Gabbay’s allies include retired general Amiram Levin, who stated in 2017 that “the Palestinians deserved the occupation” and “if they violate agreements, the next time we’ll fight, here they will not remain, we will toss them across the Jordan.” Even the supposedly secular-leftist party, Meretz, opposes the right of return for Palestinian refugees expelled during the Nakba.

In reality, there is no Zionist left, just varying shades of ethno-supremacists and apartheid apologists, because there cannot be a Zionist left. This is not to equate parties like Meretz with Otzma Yehudit and the Jewish Home, but to reinforce that in the end they uphold the same unjust structures. Zionism and leftism are incompatible — one cannot genuinely hold the ideals of equality, freedom, and justice while simultaneously supporting active settler-colonialism. The outrage over Netanyahu’s dealings with the Kahanists reminds me of the “moderate” Republicans who were scandalized when Trump appeared in 2015 advocating the same racist policies and worldview they’d been pushing for years, except that he didn’t bother to try to hide that racism. Western pro-Israel organizations like AIPAC don’t hate Kahane for his ideology: they hate him because he puts the ugliness of Zionism on display for the world to see.

In 1988, Meir Kahane said “a Western democracy and Zionism are not compatible. You can’t have both.” This is as true now as it ever was. The idea of liberal democracy is thoroughly at odds with a state created for one ethnicity, one religion. Israel not only disenfranchises millions of Palestinians under its control, but relegates its non-Jewish citizens to second class status and declares non-Jewish immigrants to be inferior, undeserving of the same freedom to immigrate that Jews around the world have. Benjamins Gantz and Netanyahu are two sides of the same bloody coin, and whichever one of them ends up leading the next government will have as much legitimacy as the South African apartheid governments of Hendrik Verwoerd, B.J. Vorster, and P.W. Botha.