Israel is an Apartheid State 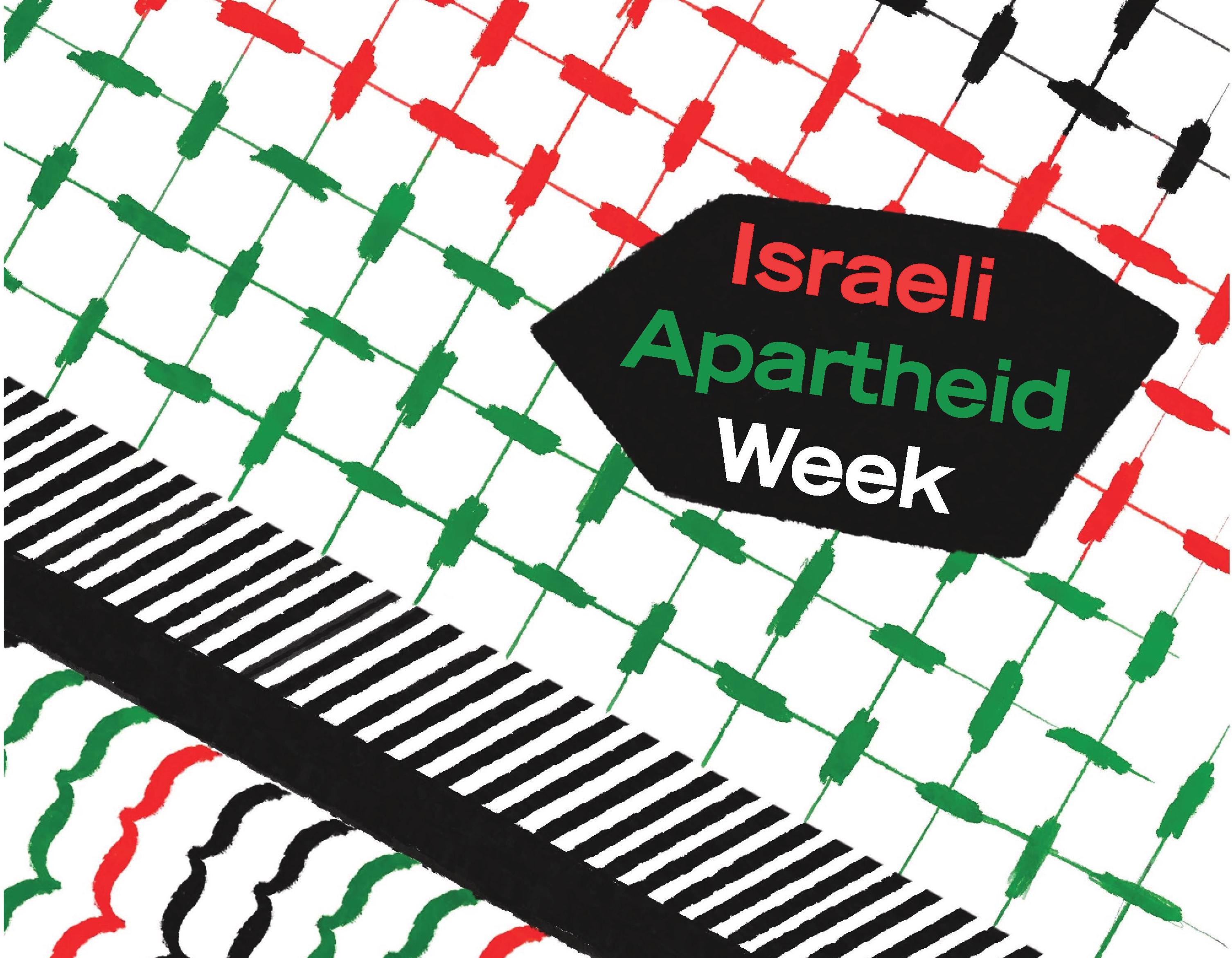 March 18, 2019 marks the beginning of Israeli Apartheid Week (IAW) at McGill and across North America. The term “apartheid” gained international attention during the political system of racial segregation and discrimination that took place in South Africa for five decades, and is now used to characterize the state of Israel. IAW was established to bring attention to the systemic oppression of Palestinians under the Israeli apartheid regime and to build support for the Boycott, Divestment, and Sanctions (BDS) movement.

Several reports have been released, including one from the Human Sciences Research Council of South Africa, stating that Israel upholds “an institutionalised and oppressive system of […] domination and oppression over Palestinians as a group; that is, a system of apartheid.” Israel has violently encroached upon and stolen Palestinian land, segregating and confining Palestinians to ever-shrinking portions of their homeland. Palestinians are now restricted to the West Bank and the Gaza Strip, and blockades such as the Erez Crossing into Gaza have limited the transport of goods and the movement of Palestinians. In the first ten months of 2018, only 274 Palestinians were allowed to exit through the Erez Crossing each day, in contrast to 24,000 in 2010. Israel has also blocked fire trucks and ambulances from entering Gaza, denying Palestinians access to emergency medical care and denying Palestinians access to emergency medical care and resulting in numerous preventable deaths.

Apartheid does not stop at segregation; Palestinians also face constant racial discrimination. A telling example is the Nation-State Bill passed in 2018, which stated that Jewish people are the only ones to have the right to self determination in the country. Another salient example is the dual legal system which exists in the West Bank and the Gaza Strip. Palestinians live under military law, while Israelis are governed by civil law. The enforcement of military law has led to the detainment at least 220 Palestinian children for “crimes” such as throwing stones. Furthermore, Palestinians in the West Bank have more limited and more costly access to state services, including water and electricity, than Israeli settlers. In addition, separate roadways exist for Palestinians in the West Bank, including a recently built wall dividing Israeli and Palestinian drivers on Route 4370. This divided route allows Israeli drivers easy access to Jerusalem, while Palestinians are forbidden from using the Israeli side of the road without a special permit. Moreover, the Israeli Defence Forces use lethal violence against Palestinians who approach or attempt to cross fences between Gaza and the rest of occupied Palestine.

Supporters of Israel argue that the IAW should not exist because it endorses the BDS movement. This nonviolent movement calls on people, institutions, and governments to stop their complicity in the human rights abuses carried out by the Israeli government by boycotting, divesting from, and imposing sanctions on Israel. The BDS movement has been mischaracterized as anti-Semitic; this wrongly conflates the Jewish identity with the Israeli settler-colonial state. In the January 28 editorial, the Daily wrote more in-depth about the importance of the BDS movement in holding Israel accountable for its apartheid regime.

The obstinate denial that Israel is an apartheid and settler-colonial state speaks to the necessity of raising awareness about the ongoing violence and discrimination faced by Palestinians. The IAW in Montreal is taking place from March 18 to March 25, centering around the theme “Stop Arming Colonialism.” We encourage you to attend the various events happening throughout the week, which include panels, movie screenings, and workshops. We also encourage you to continue spreading awareness and standing in solidarity with Palestinians resisting the Israeli occupation after the week is over. You can do so by attending events, including those organized by McGill Students in Solidarity for Palestinian Human Rights (SPHR), Independent Jewish Voices McGill (IJV), and QPIRG, participating in demonstrations against Israeli apartheid, and engaging in the economic and academic boycott of the institutions that contribute to the occupation of Palestine.

The full list of companies which contribute to the occupation of Palestine can be found here.