A Review of James Dunnigan’s “The Stained Glass Sequence” 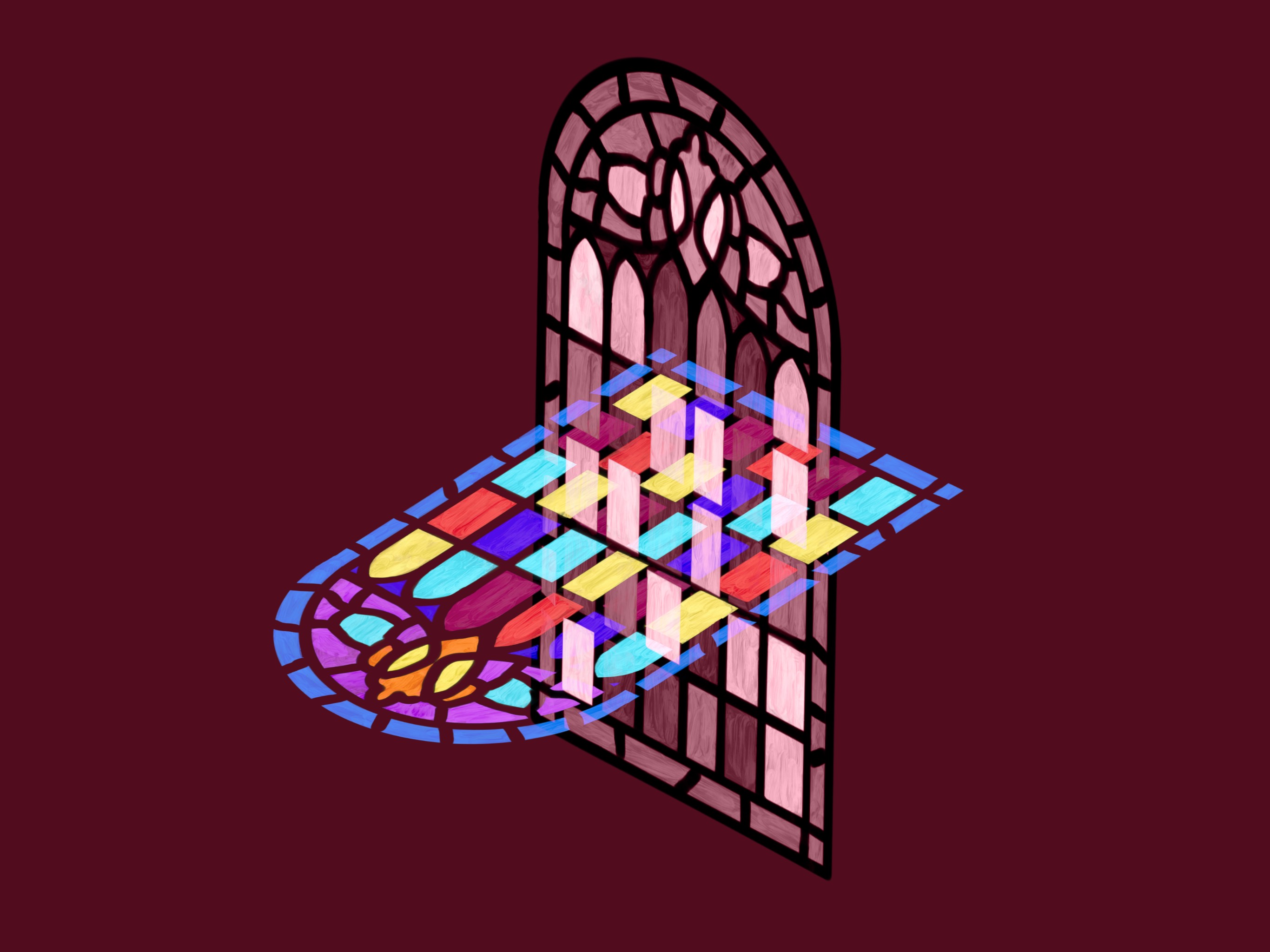 James Dunnigan won Frog Hollow Press’ 2018 Chapbook contest with his first chapbook, a book of poetry, The Stained Glass Sequence. Dunnigan is a Montreal-based poet and graduate of McGill University. The book, described as a sequence, tours five interrelated poems, or “stained glasses,” that pivot between time and space. It is unclear throughout the book whether the speaker is a fictional character or Dunnigan himself. Dunnigan proves he is a capable poet and, accordingly, the chapbook is full of beautiful imagery. The Stained Glass Sequence, however, is not meant to be a collection of aesthetic descriptions, which is apparent in his jarring strategy of fracturing the page using negative space. He further obscures the lines of poetry with a zealous use of forward slashes. Dunnigan explains this strategy in his preface, writing: “the centre of a poem’s structure is where its structure collapses. Great works are only as great as they are broken.”

Dunnigan’s poetry is sharp in its use of manifestations of, and temptations towards, violence to explore personal failure. The reader learns that the glass is stained with blood, and Dunnigan uses the Kim dynasty’s human rights violations as a springboard for his explorations of violence. The speaker then questions whether he should follow Kim Jong Un’s example and take up brutality himself. Dunnigan appears to understand his amoral positioning with regards to violence, evinced by his preface which goes so far as to declare that “no poem need be moral or ethical.” Dunnigan’s awareness of his own lack of morality does not, however, extend to his writing of women. Dunnigan makes props out of the women in his poems, portraying them as passive beings in order to aid him in his own poetic explorations. He creates a male-centric world, where his character is free to toe the line between failure and success. He ensures that he can do this by contrasting men’s development in his poems against women’s stagnation.

Is the speaker in these poems James Dunnigan himself? In a similar sense, Chinua Achebe critiques Joseph Conrad’s depiction of Africans solely to build the story in the novella, Heart of Darkness. Achebe writes, “he neglects to hint however subtly or tentatively at an alternative frame of reference by which we may judge the actions and opinions of his characters.” Dunnigan’s autobiographical narration makes it easy to assume that the speaker and Dunnigan are one and the same. It seems evident enough that Dunnigan speaks through his character and perhaps, on some level, he is aware of his faults. The chapbook ends with a very apt statement:

In The Stained Glass Sequence, women are the receptors of men’s actions; they are props Dunnigan uses to examine men’s experiences of trauma. The speaker, for example, mentions a book he almost wrote about a man who attempts to overcome his trauma caused by the blinding and death of his daughter. Women are objects of a sexual affair that leads to a man’s suicide in front of his female partner, or they are the victims of violence that Dunnigan uses to position himself as brave:

the cops already on the guy//

Young women (“cegep girls”) are picked up by older, dangerous men, and the speaker admits to being pleased by his relationship with a far more beautiful woman. In all these cases, the women mentioned merely exist to face violence or another form of power imbalance. They are simply vehicles used to offer insight into the intentions of men. Otherwise, talented artists and powerful leaders fall victim to the seemingly inescapable lure of naked women, including Picasso sleeping with “his best friend’s girl,” the mention of Kim Jong Un’s porn magazine, or a friend of the speaker’s lost opportunity to visit a Paris art gallery due to his expensive night at a gentlemen’s club. The blame in all of these cases is inherently placed on the women involved, absolving men of their own actions. Certainly, the male gaze is also prevalent in the speaker’s conduct, as he cuts out images of The Rape of the Sabine Women and keeps a keen and descriptive eye on his passive, demure “lover,” whom he calls L.

L is often seen and rarely heard. She stands in for a geographic location as men travel to meet her, and the men discuss politics and international relations in her absence. Dunnigan writes:

and what if the US/ somehow decides to annex Canada/

not that I think\

that/ that would happen while

me not/ to think of these things/

Other times when L is present include her basking in Dunnigan’s male-centric world, and pointing out male figures in paintings that resemble men she and the speaker know. But in these examples, L is filtered through the speaker’s thoughts; she is silent, besides her one speaking debut:

the burners we can/ clean

with baking soda. Do/

you know where the off

switch is?/ You can rest

if you want. This/ brings

Dunnigan’s attempts to explore his personal failures through violence and human rights violations, though misguided, can be fruitful when conducted with a clear stance. Dunnigan’s use of women as static props, however, is a boring, overdone, cheap, and harmful strategy for the development of the character of the speaker. Along with Dunnigan’s claim that poetry need not be ethical or moral, the first sequence describes the myth of Apollo turning Daphne, who refuses to be his bride, into a tree:

that had once been the girls/

This scene of unwanted pursuit informs the speaker’s ontology, which is:

–the frame/ through which I view

world, tree/ and all of them/ and her

That said, again borrowing from Achebe, “the question is whether a novel which celebrates this dehumanization, which depersonalizes a portion of the human race, can be called a great work of art. My answer is: No, it cannot.” The Stained Glass Sequence cannot be said to be a great work of art, but I wish you luck on the next attempt, Dunnigan, and wish you success in the work you must do within the eye of your heart.