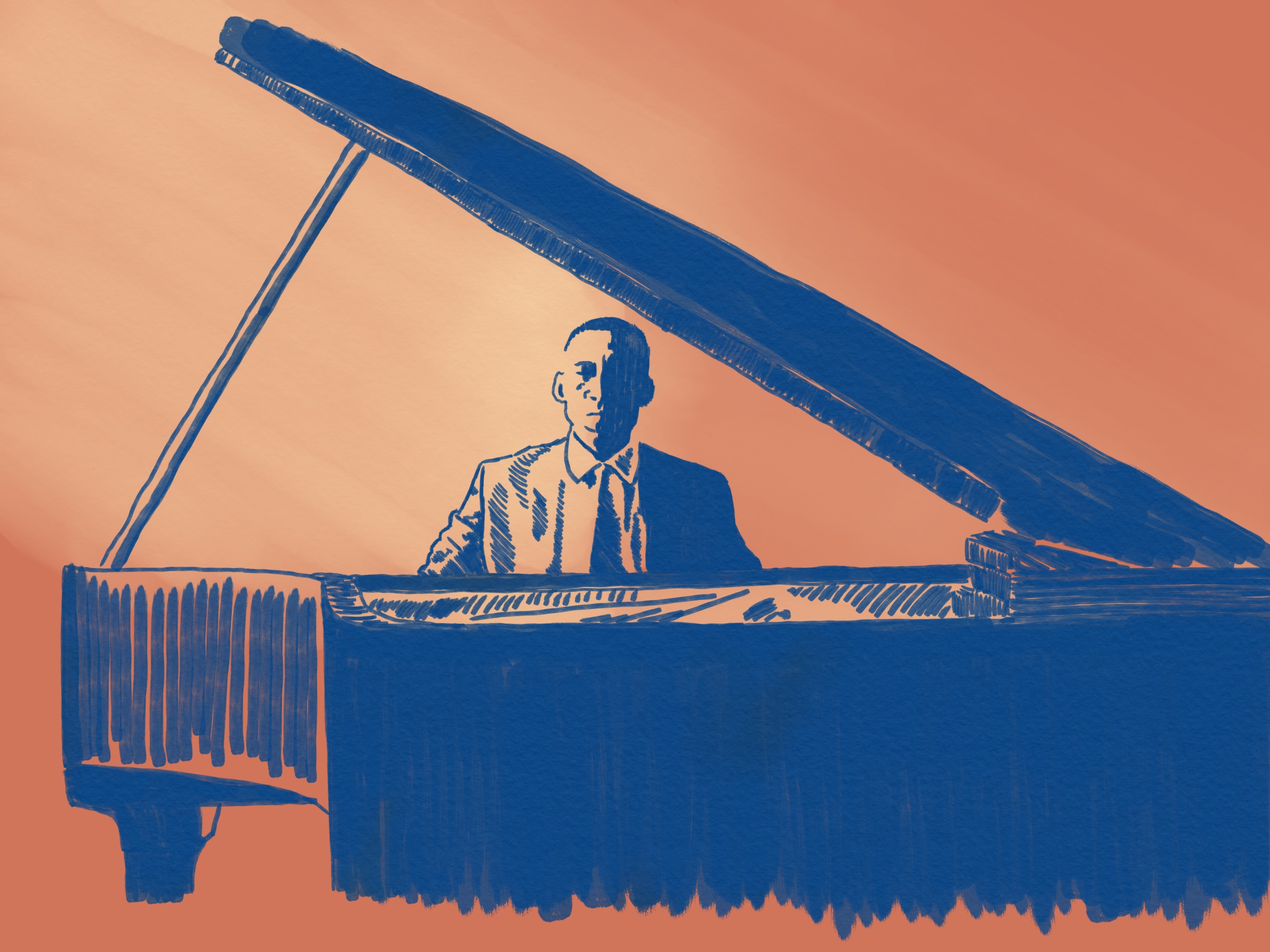 Green Book tells the “true” story of queer Black American pianist Dr. Don Shirley and Italian American, Brooklyn-born bouncer Nick Vallelonga. The film depicts the friendship between the two men as Vallelonga is hired to be Dr. Shirley’s driver and bodyguard on a two month tour in the Deep South of the U.S. The film’s focus is on Vallelonga’s personal growth as he sees firsthand the effects of anti-Black racism while travelling with Dr. Shirley. It won Best Musical or Comedy Motion Picture at this year’s Golden Globes Awards, and has been praised by critics and audiences for its depiction of race relations in the 1960s and its heartwarming true story of friendship.

Green Book, while attempting to contribute to conversations about race relations and discrimination in the US, ends on an unfortunately uplifting note, as if everything is suddenly resolved with Vallelonga’s growth and newfound understanding of racism. The ending places a white man’s growth as the pinnacle of racial reconciliation, implying that there is an easy solution to end racism. The film’s ending is comforting only to white people, and allows those audiences to both identify with Vallelonga and leave with the notion that everything is solved. While Vallelonga’s education on racism is essential to creating the racially-just society the film’s ending points to, he cannot be automatically absolved of his racism early in the film, and it is dangerous to centre the story of his personal growth as more important than the life of Dr. Shirley.

“No matter what they say to me now, I will not have any control over how I am portrayed.”
— Dr. Don Shirley

I do not doubt that the film’s depiction of Vallelonga as ignorant towards Black and Asian people in the film is accurate; while the film is set in the 1960s, American society was, and continues to be, deeply divided by race and ethnicity. The Deep South remains a dangerous place to be as a person of colour, and it is this threat of danger that led Dr. Shirley to hire a bodyguard to ensure his safety.

Green Book’s main fault is its depiction of Dr. Shirley’s story only through Vallelonga’s eyes. In a time where seeming woke is a form of social capital for white people, it is concerning to see white actors and directors being praised for telling stories of the racism that Dr. Shirley faced purely from the historical recordings and anecdotes of a white man, Tony Vallelonga. To the audience, director Peter Farrelly is a progressive white man worthy of nominations and awards, and he is profiting off of this perception of himself. The film is based on the home recordings and stories that Nick Vallelonga, son of Tony Vallelonga and screenplay writer of Green Book, recovered and was told by his father. The script that was crafted from these sources depicts Dr. Shirley’s struggles with his identity and his internalized racism as a Black man separated from Black American culture, without contacting members of Dr. Shirley’s family, who, in real life, knew Dr. Shirley well. His family is depicted in the film as being estranged from him, and upon receiving backlash, Farrelly stated, “to be honest, the people looking into [finding Dr. Shirley’s family] just didn’t find them — they screwed up.” The family has also stated that Dr. Shirley did not consider Vallelonga a close friend, and that their relationship was a professional one. Edwin Shirley, Dr. Shirley’s nephew, said in response to the portrayal of his uncle as a man out of touch with his family, inactive in the Civil Rights movement, and estranged from the Black community: “that was very hurtful […] that’s just 100 per cent wrong.” The article that Shadow and Act published with interviews of the family pointed out that “Dr. Shirley was active in the civil rights movement, friends with Dr. King, present for the march in Selma, and close friends with Black musicians […] Dr. Shirley was also very much a part of his family’s lives.” Concerningly, none of the screenwriters of Green Book are Black, yet they confidently crafted a story of a queer Black man’s struggle with his identity and the racism that he faced as a Black artist and performer – one where audiences applauded him while onstage and immediately disparaged him upon walking offstage. Neither could they accurately portray the stigma that prevented him from coming out as queer in fear of ending his career. How can white directors, screenwriters, and producers accurately understand or depict Dr. Shirley’s life? The filmmakers not only received praise for their work, but also incentivized other white directors to do the same, with the near-guarantee of profit and success. Dr. Shirley said, after being approached by Nick Vallelonga years ago about a movie on his father’s life, “no matter what they say to me now, I will not have any control over how I am portrayed,” and as Dr. Shirley’s niece, Carol Shirley Kimble, said of the film, “it’s once again a depiction of a white man’s version of a Black man’s life.”

In a time where seeming woke is a form of social capital for white people, it is concerning to see white actors and directors being praised for telling stories of the racism that Dr. Shirley faced purely from the historical recordings and anecdotes of a white man.

Film has proven to be an influential medium in influencing public perceptions of timely societal issues. The Danish Girl, for example, was touted as a “work of probing intelligence and passionate heart,” and received numerous Oscar and Golden Globes nominations. Audiences empathized with Eddie Redmayne’s portrayal of a trans woman, Lili, and while it led to necessary conversations about trans rights, the movie remains inauthentic and disrespectful. Instead of being an accurate portrayal of Lili, it is a fetishized and tired trope of transgender people. As Medium writer Rani Baker puts it, “the mechanics of [trans people’s] actual continued existence remains an unspoken mystery to be regarded with pity and unreliable narration, clucking the tongue and saying, ‘how fabulous and/or tragic’ with no further consideration.” How can this film, written and portrayed by cisgender people, effectively combat transphobia and discrimination? How can it meaningfully offer support or solidarity to the trans community?

Similarly, with Green Book, Dr. Shirley’s story is used as a prop to demonstrate how far Vallelonga has come as a person, while simultaneously erasing Dr. Shirley’s achievements and the challenges he faced throughout his life. Ultimately, his story is told through the lens of his racist white colleague. Further emphasizing that Dr. Shirley’s story is less important than Vallelonga’s, Viggo Mortensen, who played Vallelonga, received a nomination for Best Actor in a Motion Picture at the Golden Globes, while Mahershala Ali, who played Dr. Shirley, was nominated for Best Supporting Actor. In the movie poster, as in the film itself, Vallelonga is the main focus, with Dr. Shirley occupying much less space. Nevertheless, the film has been praised as “a funny, swiftly-moving chamber piece bursting with heart, art, and soul.” The managing editor of Shadow and Act, Brooke Obie, wrote, “because the bar for a racist’s growth is beneath the floor, the audience is meant to use [Vallelonga’s past racist actions] as a benchmark to tell how far he’s come by the end of the film when he and Dr. Shirley become lifelong friends. But a racist’s relationship with individual Black people is not the same as being anti-racist.” Vallelonga eventually learns from his use of racial slurs openly and casually, but the audience is expected to applaud his personal growth instead of considering the effects his racism may have had on the Black people in his life. Green Book does not attempt to accurately or respectfully portray Dr. Shirley’s life, and as such deems his story unimportant. Mortensen’s panel appearance at an event promoting the film creates cause for concern as well; although not intending to use the n-word in an actively harmful way, he stated, in response to the subject of racism in America, that, “no one says [the n-word] anymore.” His use of the word at all demonstrates his lack of understanding of, not only the harm it causes coming from a white man, but also the tangible effects it still has on American society today.

“Because the bar for a racist’s growth is beneath the floor, the audience is meant to use [Vallelonga’s past racist actions] as a benchmark to tell how far he’s come by the end of the film.”
— Brooke Obie

This is far from a random occurrence in Hollywood – people in positions of social power craft and tell the stories of marginalized peoples through their own lens and continue to profit from it, both economically and socially. True allyship through the film medium is far more than depicting stories onscreen of marginalized people, no matter how well-intentioned. It is instead recognizing one’s privilege and ability to create such spaces for others, stepping aside so that people may tell their own stories, and uplifting voices that the film industry continues to dismiss.