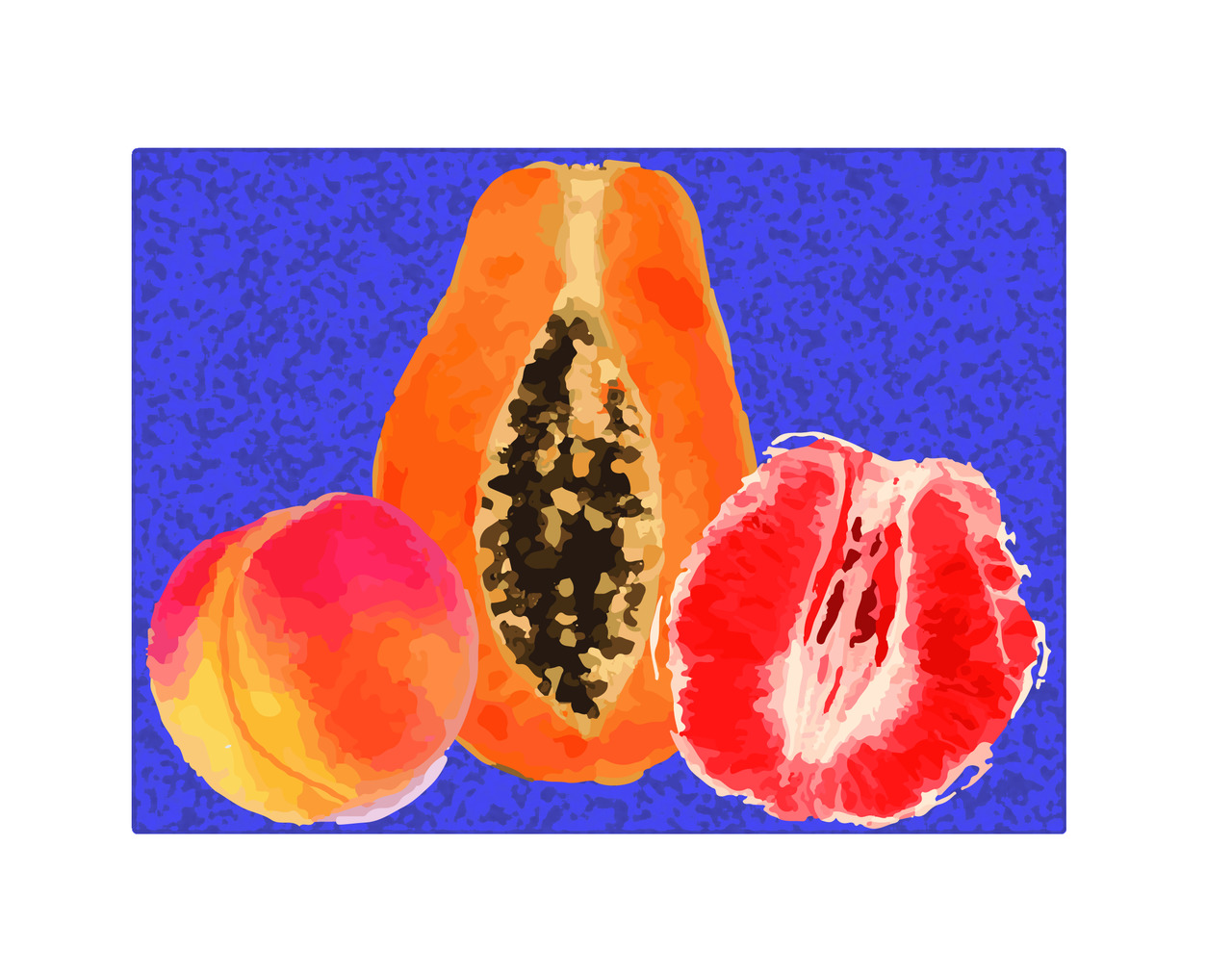 “Wear only white underwear.” This advice is suited for a Victorian etiquette manual,not a doctor’s office. Nonetheless, three physicians offered the same dismissive words over a year-long search for relief. According to medical professionals, the root of my chronic pain was my underwear colour choice. As my primary care doctors repeated: “some people get colds, some people get chronic yeast infections.”

Three out of four women get a yeast infection in their lifetime. I got one every two weeks. “Is this affecting your life?” The first time I was posed this question, I naively thought the physician cared. I recounted the unbearable pain and emotional toll the recurrent infections were causing. I explained the research I had done, the remedies I had tried, how nothing worked, how sex was beyond painful, and how I was left burning, stinging, and distracted from everything besides my body. Yet, after being asked this question over countless visits, I knew that what I said did not matter. In response, nurses, doctors, and gynecologists only offered a laundry list of dismissive prescriptions; “Stop taking baths,” “stop shaving,” “stop eating meat,” “stop eating citrus fruit,” “take some time off school,” “refrain from sex, try erotic massage instead.” Looking back now, these comments seem almost comical, but in the moment, this advice was the only guidance I was given to navigate my overwhelming suffering.

My body became a guinea pig; physicians experimented with different doses, only for me to return in the following two weeks and repeat the cycle.

While research indicates that women are more likely to seek medical treatment than men, studies suggest that doctors make more diagnostic errors and turn to less aggressive treatments for women when compared to men. Preconceived notions of femininity also come into play. Clinicians may dismiss women’s pain due to assumptions that women are excessively anxious or overly emotional. Further, reports speak to the fact that such healthcare disparities are exacerbated for women of colour. As a result, women’s complaints are more prone to being minimized by doctors.

For most women, a trip to the pharmacy and one pill of Canesten is a magic bullet of relief. I fit into the small percentage of women who manufacturers write clauses on medication boxes for, like: “Consult doctor if: there is no improvement in three days or if symptoms have not disappeared within seven days, or symptoms return within two months.” I was handed Rx sheet (prescription) after Rx sheet, first for one dose of fluconazole, then one for every three days, and then pills for 14 days straight. I was prescribed boric acid suppositories. Boric acid – the chemical found among roach insecticides — was not going inside me.

My body became a guinea pig; physicians experimented with different doses, only for me to return in the following two weeks and repeat the cycle. Frustration became a part of daily life, frustration with the medical system, and with my body’s inability to get better. I wanted an answer, I wanted a cure.

The paper sheet sticks to my skin, I feel cold sweat under my arms, my gaze is fixed on the ceiling where a cartoon nurse encourages me to relax. It’s test day. I meet with a doctor I am not familiar with. The consultation begins, she asks me about my number of past sexual partners. I respond, she states it’s high and, taken aback, I reply that it’s really not. Ten seconds into the exam, I experience the sharpest pain I have felt to date. Tears well in my eyes as I shriek for the doctor to stop. After five more seconds of excruciating pain, she complies. I sit up, pale with shock. “What happened?” I asked in a shaky voice. “Your cervix is cut,” she says. “Because you just cut it,” I mutter.

A week later, I meet with a different doctor to receive my test results. I’m told that I tested positive for yeast. I’m then told that all people with vaginas test positive for yeast. Great. The doctor offers me more testing. I want answers, but I do not want to undergo the same trauma I suffered in the last appointment. This physician offers me the option of a self-swab. I feel relieved and angry all at once. Relieved that I have the agency to perform the test within my own control, angry that I had to undergo extensive pain for absolutely nothing. I leave after hearing the typical laundry list of useless information, Rx sheet in hand. A week past when I should have heard results, I phone the clinic for information. The results: my test kit was lost.

I type [the referred doctor’s] name into Google. As I begin to read, my hope vanishes, and my chest tightens. Among the mixed reviews, women disclose the sexual violence they had suffered at the hands of this doctor.

In the following months, I am told I could have diabetes, I am told I could have HIV. Overwhelmed by these possibilities, I do what privileged Canadians are able to: I leave the public sector and go private. Shaking with anxiety, both about the blood test I am about to undergo, and about the possibility of the results, I am greeted with the kindest nurse I could have imagined. For the first time in too long, I feel a medical professional take an interest in my well-being. She addresses my nerves, explains the procedure, and assures me that everything will be okay. The very next morning, a gift of the private sector, I receive my negative test results, awash with relief.

A year later, and no closer to answers, I ask for a referral. Both my gynecologist and primary care physician refer the same specialist. Hope begins to build as I feel closer to ending this nightmare. Excited to hear positive stories of recovery, I begin to do some research about this physician. I open Google and sigh — my search suggestions below were filled with anxious questions I had previously typed while looking for answers. I type his name into the search bar. As I begin to read, my hope vanishes, and my chest tightens. Among the mixed reviews, women disclose the sexual violence they had suffered at the hands of this doctor. As I scroll, I see further advice for women to avoid appointments, especially at night. In this moment, I was being asked to choose what was most important: a cure for my chronic infections, or the risk of sexual violence. This doctor was chosen by physicians who had looked me in the eye as I recounted my medical history and emotional turmoil. They had chosen this man for me to entrust with my body. In this very moment, I gave up. I have not seen a doctor in the year since. The medical system had failed me, both as a patient, and as a woman.

While I felt invisible and abandoned within the healthcare system, my slight breakthrough came months later in the form of my sister’s eclectic knowledge of zoo animals and a pair of gold earrings. That’s another story for another day, but as it turns out, the root of my chronic suffering was not in fact found in the colour of my underwear. Instead, it stemmed from a calcium deficiency – one which I was born with, and one that is on my medical file. It’s not a cure, but it’s something.

This story is not unique. It fits within a larger narrative of women’s health being dismissed. Once I began sharing my experiences, I heard from countless women with similar hardships. Stories from women whose physical ailments were classified as all in their heads, whose polycystic ovarian syndrome was dismissed as period cramps, whose lives were threatened when their race and gender led doctors to dismiss the seriousness of their pain. Even my mother’s doctor once stated, “women are meant to suffer.” Medical professionals are entrusted with our most personal and sensitive matters. We bare ourselves to them exhausted, embarrassed, and desperate for solutions. Yet, too many women have memories of their pain being dismissed or increased within doctors’ offices. Illness is already overwhelming, tiring, and isolating enough. It is imperative that every patient is presented with comprehensive and compassionate care. It is crucial that individuals navigating their health know they are not alone.

It is true – some people get chronic yeast infections, but too many are neglected in the healthcare system.