What is Canada Waiting For? 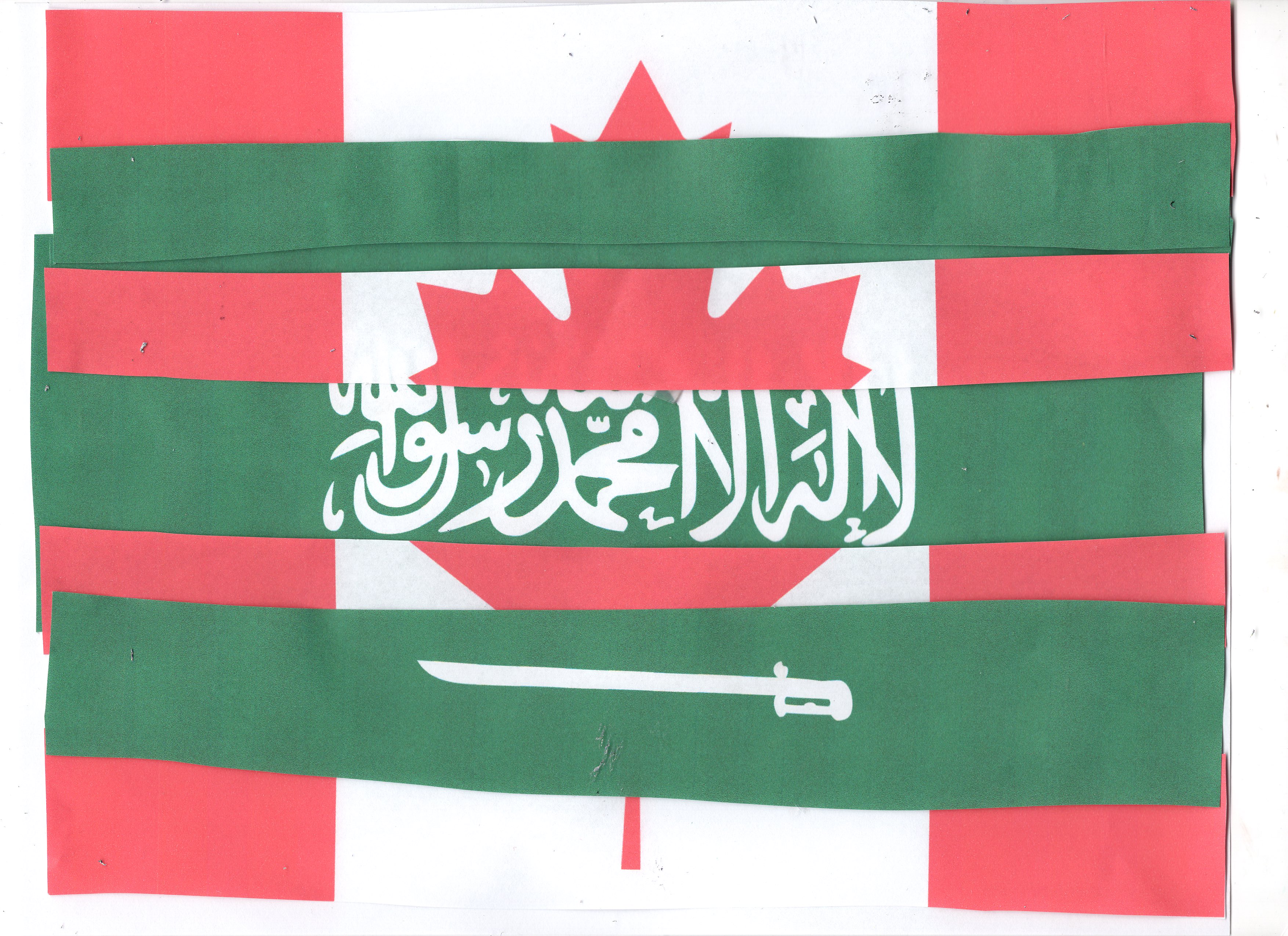 On October 2, a few hours after entering the Saudi consulate in Istanbul, journalist Jamal Khashoggi was declared missing. Khashoggi was a Saudi national and a reporter for The Washington Post who openly opposed the Saudi government’s policies. He criticized the Crown Prince and the King on multiple occasions, and condemned the Saudi-led intervention in Yemen. According to Turkish reports, he was allegedly tortured, dismembered, and then killed in the Saudi Arabian consulate.

The Saudi government’s narrative has been shifting and unclear over the past month. It first denied that the death occurred in its consulate, then claimed that a fist-fight resulted in the journalist’s death, and finally announced on October 25 that the murder was in fact premeditated. Throughout this process, Crown Prince Mohammad bin Salman has continuously denied any involvement of the Crown and claimed there was no killing order issued by the government. Canada publicly denounced Khashoggi’s murder, calling for explanations and announcing there would be consequences while not committing to any actual sanctions. These meaningless, inconsequential words have become part of Canada’s standard response to human rights abuses.

Over the years, Canada has tried to build an international reputation as a human rights defender. This positioning on the world stage has been made possible in part by the terrible human rights record of the United States. The constant comparison of Canada to the United States is not new; for years, their healthcare systems, laws, and human rights records have been judged in relation to one another. As a result, progressive initiatives by the Canadian government get extra media coverage and praise, and are publicized as an “example for Americans.”

Both the international community and Canadian residents have used this narrative to conveniently ignore human rights abuses perpetrated by Canada. Last August, Canadian Foreign Affairs Minister Freeland issued a statement condemning the imprisonment of women’s rights activists by the Saudi government, and urged for their immediate release. This public condemnation of Saudi Arabia was met with immediate backlash from the Saudi government. They not only expelled the Canadian ambassador but also halted any future business transactions, and forced Saudi students on government grants or scholarships in Canada to return to Saudi Arabia. Nevertheless, on the international stage, Canada gained a great deal of legitimacy from this move. It released a statement reiterating that “Canada will always stand up for the protection of human rights, very much including women’s rights, and freedom of expression around the world.” However, after a month of confrontation, Canada quietly tried to fix its diplomatic relations with Saudi Arabia. Foreign Minister Freeland announced she would meet with her Saudi counterpart at a United Nations meeting, and said: “I have been in close touch with [Saudi Foreign Minister] Adel [bin Ahmed al-Jubeir] all summer. We call each other on our cell phones.”

Canada has a 15-billion-dollar arms deal with Saudi Arabia. It was signed in 2014 by the Conservative Harper government, and has been firmly upheld by the Liberals since their election in 2015. While they could have chosen to abandon the deal, they instead greenlighted it and started providing export permits in 2016. The arms deal allows a Canadian military company to sell 15 billion dollars’ worth of light armoured vehicles (LAVs) to Saudi Arabia. However, the full details relating to the vehicles being provided were sealed until this March, four years after the arms deal was signed. The CBC published a report which revealed that Canada’s arms sale to Saudi Arabia includes “heavy assault” vehicles, contrary to what the Canadian government had been implying until then. CBC reported that the deal included “928 of the most modern light armoured vehicles, known as the LAV 6,” which are essentially ready for combat in Saudi Arabia.

The implications of such a sale for countries in ongoing conflict with Saudi Arabia are extremely concerning. In Yemen, where the Saudi government has been leading an intervention since 2015, the reports of human rights abuses by Saudi forces against civilians are extensive and horrific. The United Nations has condemned the coalition, which has been accused of bombing civilians and schools and of recruiting child soldiers, along with other human rights violations.

As usual, the Canadian government has publicly condemned those abuses and provided 65 million dollars in aid to Yemen to help combat the humanitarian crisis. This only represents a hundredth of their $15-billion arms deal. In August 2017, videos were released which allegedly show Saudi soldiers using the Canadian-made vehicles against civilians. Canada is well aware that the vehicles being provided might be deployed against Yemeni civilians and announced it would “look into it and respond accordingly.” This vague statement includes no real commitment to action, proving Canada’s disinterest in upholding human rights abroad. Canada has the means to end this dangerous arms deal, which goes against the the Senate Committee on Human Rights’ recommendations concerning export controls. The committee advocates that Canada updates its Export Control List to prevent the sale of arms to countries where they would be used to commit human rights abuse.

The Liberals have claimed repeatedly that their hands were tied by a signed agreement and by the loss of 3,000 Canadian jobs that would occur if the deal was terminated. However, Global News reported that Harper’s government only approved “minor-level export permits for the vehicles,” and that it was the Liberal government who “signed off on $11-billion worth of armoured vehicles to Saudi Arabia.” While the number of lost jobs is significant, it seems obvious that the real concern is not about Canadian workers but about the immense profit that this deal has brought to the government.

The Canadian government has […] provided 65 million dollars in aid to Yemen. […] This only represents a hundredth of their $15-billion arms deal.

In the past weeks, despite allegations that the Saudi government murdered a journalist within their own consulate, Trudeau announced that he would not reconsider the deal. After pressure from human rights groups, he said on October 25 that Canada could suspend shipments of vehicles, while not cancelling the deal itself. Foreign Minister Freeland has also reiterated her argument that Canada’s commitment should “last longer than any government,” apparently having no regard for whether said commitment is participating in the systematic murder of Yemeni civilian by Saudi troops. Even worse, the Canadian ex-ambassador to Saudi Arabia publicly defended the deal, arguing that it was to be expected when selling arms to another country that they would use them to “defend themselves.” While Canada has “suggested [they are] looking for ways to cancel the arms contract without triggering the penalties,” those kind of vague excuses are why the deal’s cancellation is continually delayed. Ultimately, the lucrative aspect of the sale was incentive enough to ignore Saudi human rights abuse when it was approved four years ago, and apparently still is today.

Canada is not an advocate for human rights. It perpetuates human rights abuses in its own country against Indigenous populations, and has made clear that it will do the same on an international level. The Canadian Magnitsky law can, and should, be used in cases of “gross violations of internationally recognized human rights.” This law allows Canada to enforce punitive measures, bans, freezing of domestic assets, and other sanctions against foreign public officials or against the state as a whole. Economic sanctions against Saudi Arabia itself should be considered carefully, as the poorest and most marginalized part of the population usually end up bearing the brunt of those sanctions. However, Canada could choose to hold the Saudi government officials accountable. Canada could choose to end the arms deal, not only as a punishment to Saudi Arabia, but because its weapons are allegedly being used to murder civilians. Canada could choose to do all that and act with basic decency, if not dignity, regarding Saudi Arabia’s human rights abuse. It just won’t.