An Interview with Primas’ Aldana Bari and Rocio Alvarez 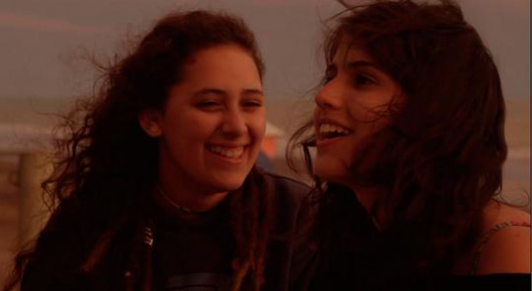 
Aldana Bari and Rocío Álvarez are the protagonists of Laura Bari’s latest documentary, Primas. In the film, they share their journeys of healing after being sexually abused and they describe how making art helped them rediscover their bodies. Roccio was kidnapped at age ten by a man who raped and set her on fire; she survived, but 60 per cent of her body was burned. Aldana was sexually abused by a close family member from a very young age. Yet, Primas is not a recollection of the womens’ traumatic experiences; instead, in showing their power and resilience, it actively challenges the concept of victimization. Since the premiere of the film, the Bari and Alvarez have become women’s rights advocates, and have travelled the world sharing their experiences as a way to create a safe space for other survivors. They have actively participated in public marches in Argentina to legalize abortion and sex work, and they work closely with the Montreal support group Mouvement Contre le Viol et l’Inceste (MCVI).

After interviewing Laura Bari, The McGill Daily had the opportunity to meet and spend time with the women from the documentary. Our conversation revolved around their take on feminism, healing, and female sexuality.

The McGill Daily (MD): What role did feminism and becoming activists play in your healing processes?

Aldana Bari (AB): Feminism is an important avenue for changing the way we view abuse. Feminism is about rebuilding survivors, and it allows us to destroy a lot of concepts about ourselves that have been socially ingrained. It helps us to start reconstructing ourselves after a traumatic experience. It is ingrained in us to believe that female sexuality is a taboo: no one talks about about female masturbation, for example. Women, and especially women of colour, have been programmed, in a sense, to forget about their body and to not acknowledge it. However, we should be able to think about our sexuality free from shame or fear.

Rocio Alvarez (RA): I dove into feminist activism when I began working on Primas. Feminism negates the idea of victimization and allows us to get rid of the guilt and shame that comes with abuse and assault. Women carry a lot of weight imposed by patriarchal systems of power on their shoulders. This weight is intergenerational. It shuts us up and tells us that being raped was our fault, for the skirt we wore. No! It was the fucking rapist’s fault for committing such an awful crime. Understanding that it is never the victim’s fault, no matter where they are, what state they are in, or what they might be wearing, is difficult for society to understand. It’s crucial to create spaces for women to express themselves and to understand that we have always been oppressed, because oppression is institutional. When looking to place blame, society’s finger points at the victim. So much shame is put onto survivors that it makes us believe we are there for the taking. It terrifies me to think that anything could happen to my body because it didn’t belong to me in the first place, as if I was somehow designed for someone else’s enjoyment. Challenging the notions society has created for women and all survivors, and the ways we think about abuse, are integral parts of feminism to me. As a survivor, my sexuality, my body, and my everyday life were affected by the trauma. Speaking against sexual violence is very important to me, and it’s important to let other survivors know that our sexuality matters.

“I didn’t choose for this to happen, but I will carry my body with pride. It represents my battle scars and if I don’t carry it well, no one will.” – Rocio Alvarez

AB: After my assault, it was very hard for me to rediscover my body. But to find your own body after a traumatic experience is crucial.

RA: As feminists and protagonists of Primas, we have met a lot of sexual abuse survivors. Many of them carry trauma that stops them from expressing their sexuality freely, and this is something that needs to be talked about more. I was very fortunate not to struggle with my sexuality after my assault, but I am aware that many survivors can’t enjoy their sexuality, sometimes indefinitely. Feminism is about becoming aware and deconstructing all the social weight that has been imparted on us. We also have to understand that not all feminists are the same, and we all push for different aspects of the movement and have different ideas. But feminism has allowed me to fight alongside many wonderful people. 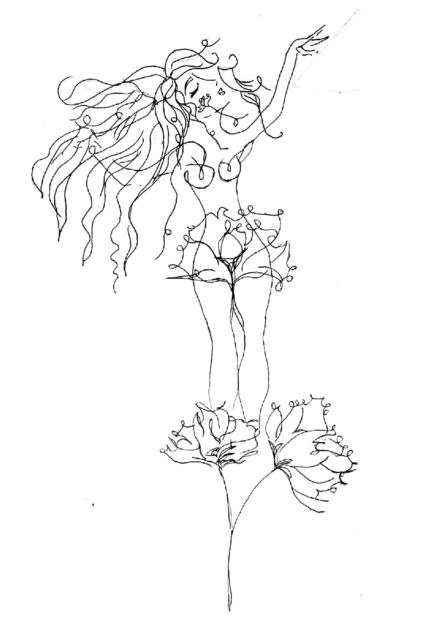 “Women, and especially women of colour, have been programmed, in a sense, to forget about their body and to not acknowledge it. However, we should be able to think about our sexuality free from shame or fear.” – Aldana Bari

MD: What has the process of rediscovering your bodies through art been like for you?

RA: I began doing a lot of aerial acrobatics and it allowed me to start expressing my emotions physically. I worked very hard to feel comfortable in my skin again. I used art and physical expression to rediscover my body. I explored body painting, which I thought I would never do, as a way to perceive myself as a canvas. In a way, it helped me remake myself. I was able to say, “I didn’t choose for this to happen, but I will carry my body with pride. It represents my battle scars and if I don’t carry it well, no one will.” Through art, I was able to find myself again.

AB: For me, I felt like after my assault, I neglected my body for a long time. Theatre helped me regain awareness of myself and my physicality. I started with the most minimal ways of self-expression – just focusing on my sense of touch. After that, I began to listen to what my body wants, and after ignoring it for so long, it has now become my guide.

MD: How do you feel now that you are travelling the world with Primas, and your stories have been seen all-over?

AB: At first, it didn’t really sink in that rooms full of people would witness my story. After seeing the audience’s reaction at the first screening, I realized that the film was creating a space for others to share their experiences and to help them heal, too. I know that I’m not the only one that something like this has happened to, so I share my story. When we do the panels after the film screenings, we get to connect with others who see themselves in our experiences. This connection allows us to heal together.

RA: The audience completes the artistic process of the film. My story is very personal, but being able to share it with others is what really completes the journey for me. It’s incredible to see Primas through the viewer’s’ perspective. The first time we saw it, we cried the whole way through. I didn’t know what to expect from the audience, but when the film ended, a man came up to me, crying and hugging me. It was fulfilling to see that he was touched by our stories. Witnessing the relationship between our film and its audience, and the effects we mutually have on each other, was incredible.

Primas will be screened at Ciné-Campus Université de Montréal on November 13.

This interview has been translated from Spanish and edited for clarity.