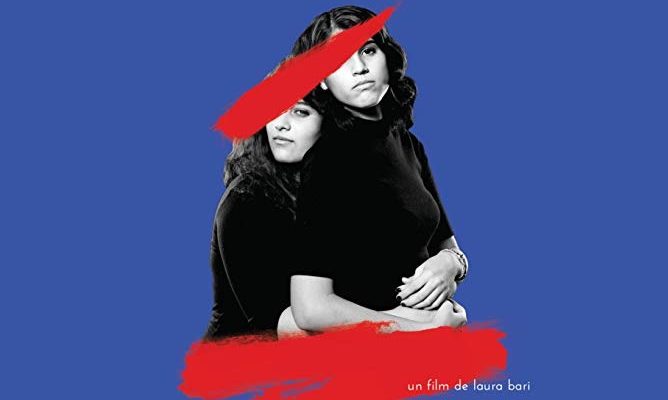 Primas is a documentary film that follows the stories of Roccio and Aldana, two Argentinian girls whose early lives are marked by hardship and trauma. At age ten, Roccio is kidnapped, raped, set on fire, and left for dead. Years later, Roccio’s cousin Aldana shares her own story of abuse — in her case, incest. Laura Bari, the director and producer of Primas, is also the aunt of Roccio and Aldana. Together, they embark on a journey of transformation, guided by the belief that visual poetry, art, and self-expression have the power to redefine them.

Primas goes far beyond telling the story of what happened to Roccio and Aldana. It is not a story of merely what happened, but of who they are, who they want to be, and the journey they must take in order to grow. The film’s central themes are resilience and imagination as therapy. When I spoke to Bari, she explained how she strived to create a space of autonomy and safety to avoid re-victimizing the characters. In the official statement on the film, Bari explains that “[The girls and I] worked together on this project: a project of self-expression for these two young women, and the construction of a film for me. They introduced me to their worlds, and I in turn exposed them to a multitude of stimuli. I designed and proposed imagined situations, creating a mise-en-abyme for them to explore and play. They turned their reality into dreams, in order to dream up a new reality tomorrow.”

Primas possesses an astounding ability to dive into stories that have caused immense pain only to showcase resilience.

“I would not use the word healing to describe the filmmaking process, but it is transformative. It is as if Roccio and Aldana are little onions, and we are slowly pulling back layers. As we peel them, they get to embark on the adventure of exploring themselves. This is the experimental part of the film, as we jumped into it without knowing where it will take us. But it began as a project where we wanted their bodies to tell a story their mouths couldn’t. They knew it was a process through which they would experience many things, but despite the fear, they thrived, and it was marvelous.

“The film is a form of therapy, in the sense that Roccio and Aldana found themselves in it. When thinking about how to tell the girls’ story, I thought about ethics. For me, ethics and aesthetics go hand in hand. When I heard Roccio’s story, and when I found my characters, I asked them about their dreams, which led them to think about what they imagine for themselves. Our work together was always evoking the imaginary. The girls would tell me about their dreams, and in Roccio’s case, I told her, ‘what if you are a crocodile girl – your skin would be incredible. You would have planets and galaxies all over your skin.’ I would look at her skin and say ‘you have moons and constellations.’ She would just laugh in reply, and I would tell her, ‘what if you’re a teenage crocodile girl who goes to Paris every night and comes back to tell us what she has seen.’

“These conversations helped us to establish a sense of trust, a partnership. After that, we could create a film. Roccio expressed herself through art; she used sounds and images to tell her story. I showed her how the mics on the set worked, and I would schedule times for her to tell me her story. This way, I could create a mosaic of Roccio’s narrative, and avoid re-victimizing her. Of course, there has to be moments where we show the reality of her trauma; its impact had to be shown, but the challenge was to achieve that without voyeurism. There is a scene where Roccio says ‘I thought he was killing me,’ and later on we see just how young she was when this happened. In these moments we see how crucial it is for us to know the truth. We need to not only remember this instance, but also think of everyone this has happened to, including the ones that stayed quiet, and the ones who never made it to police stations.

When we hear about terrible crimes, it is easy to think about victims as just that, without realizing that in doing so, we dehumanize and rob them of their identity.

“The family and our concept of it can also be problematic, many children who suffer abuse, be it physical, psychological, or sexual, are coerced into never broaching the subject, because it would hurt their loved ones if they knew. There is this sense that it would destroy the ones that made them; it’s quite perverse.”

Set between Argentina and Montreal, Primas intertwines the girls’ imagination with the reality of their stories, allowing Roccio and Aldana to redefine their lives and narratives through art. The film not only speaks about the community that women can create for one another, but also about the communities that we as humans can make. It is within us to create, to live surrounded by love and the people that allow us to believe in the potential of our dreams.

The stories of the two girls are by no means easy to hear. Primas possesses an astounding ability to dive into stories that have caused immense pain only to showcase resilience. The crux of the documentary is in depicting the girls as they are: teenagers living in rural Argentina, trying to figure out how to share what cannot be said, and struggling to create a narrative that belongs to them. The awe we feel when we witness the autonomy and growth of Roccio and Aldana towers above any initial sympathy we might have for their pain.

Primas not only challenges, but completely obliterates the notion that a victim is only their scars.

“It is a challenge as a director to navigate my way through such delicate topics, but respect to me is the fundamental base. I make film like I breathe – I can’t stop – and when I do it, I know it is a process of transformation for both the crew and the characters. In the case of Primas, the girls are teenagers, which is already such a complicated time. The transformation of the body is hard at this age, and there are many responsibilities. Thus, when I film, I create a space where we feel safe, and dive into these complexities with trust in each other.”

When we hear about terrible crimes, it is easy to think about victims as just that, without realizing that in doing so, we dehumanize and rob them of their identity. We replace the person with a hollow story of trauma. Primas not only challenges, but completely obliterates the notion that a victim is only their scars. In no way is this a story about victims. It is a story about survivors, and girls who forge life out of pain; girls who were not the authors of their past, but who are now the authors of their future.

Cinema is transcendent. In just a few hours, it has the power to transform an audience, be it through the stories it tells or the ideas it relays. Bari reflects that “the documentary spans 3 years of the girls’ lives; that’s the amount of time we needed to really showcase their transformation. Then, we had to wrap it into 1.5 hours! In that sense, we barely have 2 hours to get into a person’s mind and to also transform them.”

Primas will be screened from September 28 to October 1 in several locations around Montreal. You can follow the event page “Ciné-rencontres avec l’équipe – Primas” on Facebook for more information about screenings.