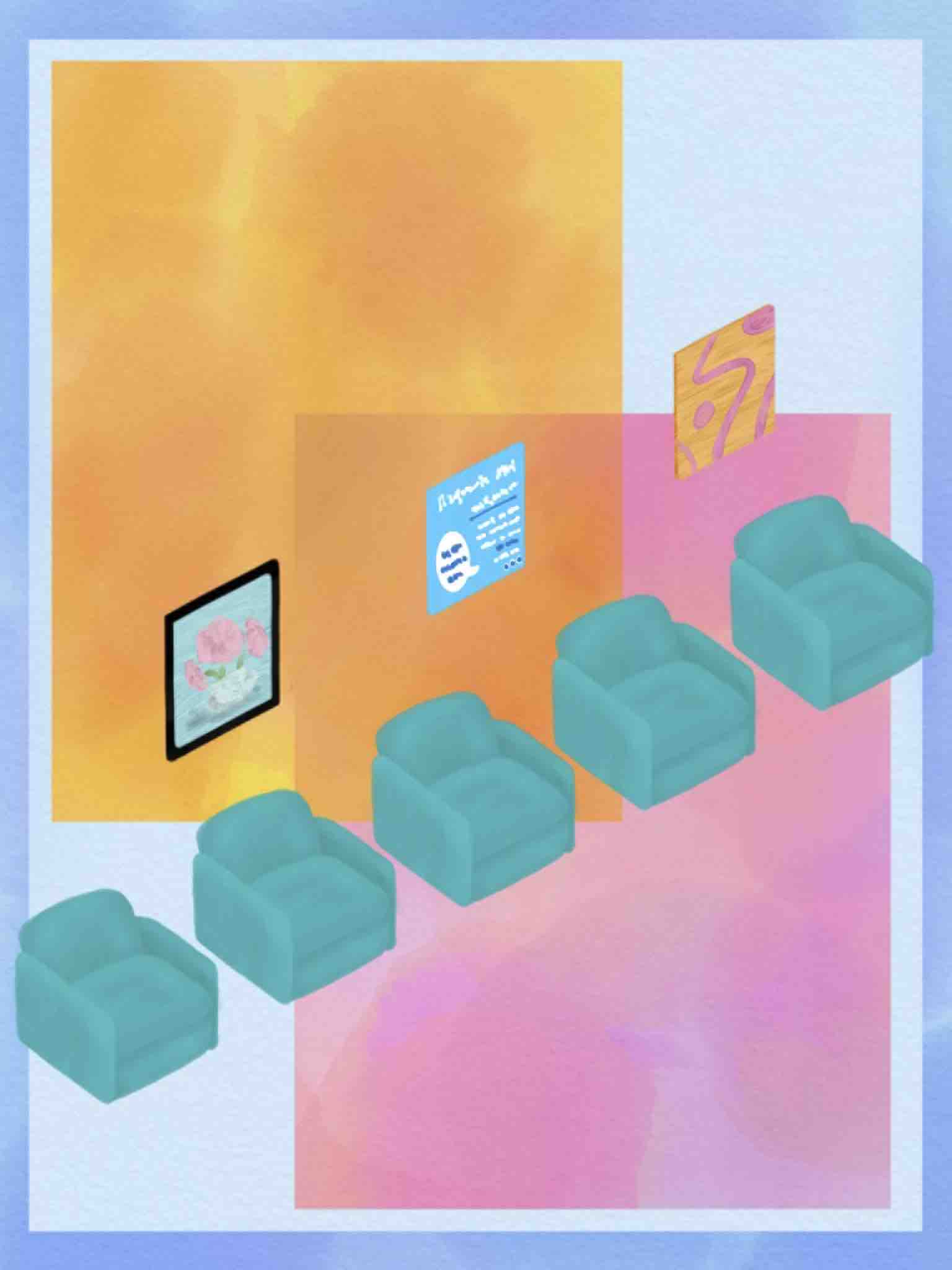 When I found out I was pregnant I had been throwing up for about four weeks. In all honesty, this was not the symptom that alerted me to my condition – I have always had a wimpy stomach. What freaked me out was my bizarre awareness of my body’s fragility. This may sound insane, but in the weeks leading up to me peeing on a stick, I developed a sense of anxiety about my body that was unlike anything I had ever known.

Full disclosure: anxiety isn’t new to me. I have been diagnosed with generalized anxiety disorder and I am no stranger to a panic attack, but this pregnancy anxiety was very much embodied. It wasn’t the normal “everyone probably hates me” self-deprecation that I was used to. Instead, it took the form of genuine concern over my body’s strength and ability. I became acutely aware of how insignificant I was in the grand scheme of things; there are many things that exist which could threaten my body’s daily functions. I started to avoid heights, ladders, cats, undercooked eggs, and weed. It eventually got so weird that in one instance of fear, I threw my partner in front of me to use him as a kitten shield. I used his body to stop the slow approach of a tiny, well-meaning cat. These strange symptoms all intensified after I realized I was pregnant. What before my test were stronger-than-usual anxieties, after my test became full blown phobias.

After the nurse at the McGill Health Center confirmed my pregnancy, I was handed a few pamphlets and I walked home. The McGill Clinic does not perform abortions, although they do suggest several other women’s health Clinics. For me, the initial choice was easy. My thought process went like this: I live in Canada where abortion is legal. Furthermore, I live in Quebec, where there are a multitude of care options for abortion. I’m still a baby myself. I do not want a child.  I have a right to make a choice, a choice that is accessible and easy for me, and I will exercise my right. After talking to my family, some friends and my partner about the two methods of abortion available in Quebec, I opted for a surgical procedure.

The day of my surgery was relatively normal. I woke up early and took an Uber to the clinic and waited for half an hour before I was escorted into a small room to get an ultrasound. My pregnancy was confirmed and I then went into another, slightly bigger, room for the procedure. I was given a low dose of tranquilizers and it was all over in ten minutes. It hurt a bit, but not too much. I was then escorted into a room that had hot pink decor and was left to recover for half an hour. I took an Uber home and rested. My partner made me a sandwich for dinner.

Depression hit me two weeks after my appointment. What had started off as a shift in the dynamics of my body, turned into a full blown crisis in the months that followed. The subtle and embodied reorientation of my world that I had felt during my pregnancy led me to existential questions about my worth and purpose. These questions were not part of some positive philosophical project, but rather, they were dark, uncontrolled, and relentless. I did not and do not regret my choice in any way, but I feel it is important to want to present a narrative that does not minimize the potential trauma of an abortion. In the highly politicized discourse on abortion, there is often no space for people who struggle post-procedure. There needs to be room for those who are firmly and decisively pro-choice, but who have struggled with their mental health in the aftermath of their decision.

In my experience, McGill as an institution offered little to no support after I terminated my  pregnancy. When I went to make an appointment at the psychiatric services following my abortion, I was treated with indignancy. I waited for weeks for an appointment and when I finally saw a doctor, she recommended I come back after my hormones had ‘cleared up.’ I finally turned to a private psychiatrist, who diagnosed me with PTSD and I have been working through that in therapy ever since.

The McGill campus discourse on abortion assumes a level of structural accessibility which does not actual exist.  I used my personal story as a catalyst and as evidence for this argument, but my story, as you now know, is a privileged one.

If abortion was not structurally accessible for me with all my privileges, I cannot even begin to imagine the barriers present for those who’s lived experiences encounter huge amounts of structural forces marginalizing them.

In 1988, the Supreme Court case R v. Morgentaler struck down all existing abortion laws in Canada . Since then, abortions at any stage have been subject to no legal constraints. In Quebec specifically, abortions are free and available at any time. This narrative, furthered by opinion pieces published in our student newspapers, seems to constantly remind us how accessible abortion services are. Even articles written to highlight the lack of support available after the abortion procedure or draw attention to the need for an abortion pill take for granted the accessibility of some form of abortion to students at McGill. 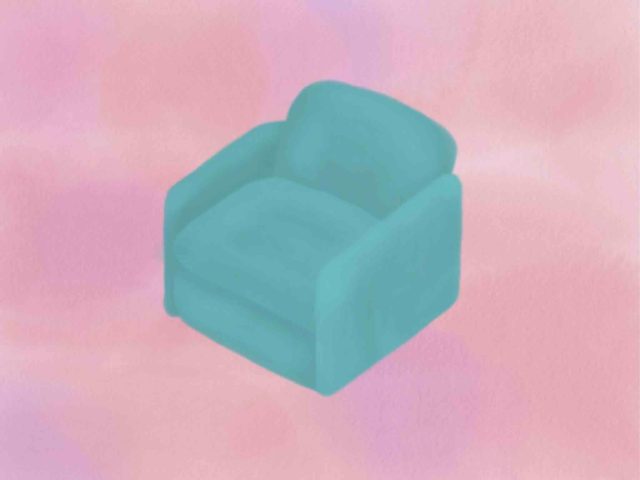 If you are a student with out-of-province health insurance, or international health insurance, the process is not so easy. With Ontario health insurance, you can choose to pay the $700 fee upfront and file for coverage later, or finance a trip to Ontario where the procedure is covered. Both the surgical and medical abortion involve at least 24 hours of rest and dealing with the trip back from Ottawa while processing your abortion is a taxing requirement. Even after you have filed for insurance coverage, Ontario only covers $450 of the fee; you have to finance the difference yourself. This I know from personal experience.

McGill’s International Student Insurance does cover abortion fully. However, those who seek abortion need to pay the initial $700 upfront at the clinic. The insurance takes up to 30 days to reimburse claims, so students need to have that $700 accessible.

Up to 80 percent of abortion patients, myself included, have bouts of moderate depression after their procedures. This occurs as a result of the quick decline in hormones post-termination and can be likened to postpartum depression. Most medical sources agree that there is no clear link between abortion and depression, but that the hormonal changes that occur after pregnancy loss – an umbrella term that includes miscarriage and abortion – undoubtedly lead to mood changes. Yet, there is a lack of information and care available on campus for those who are struggling post-abortion. As the Tribune article, “Hey So I Did A Thing” pointed out, there is only one (relatively new) support group for people who recently made the choice to terminate their pregnancies. Treatment should not end post-procedure. McGill’s Mental Health Services should be better equipped for supporting those who feel the hormonal aftereffects of an abortion.

Over the past decade, research has been done into racism in our healthcare institutions. In Canada, studies have shown that racialized people are less likely than white people to have contact with any specialist physician or clinic. In a study of resident physicians in Canada, researchers found that residents would admit that prejudice existed, but deny that it affected their own encounters with racialized patients. Although some research has been done, many of those who study race inequities have pointed out the insufficient data on racialized folks in Health Care. The Canadian healthcare system has yet to fully acknowledge how socially constructed ideas of race physically affect the health and accessibility to healthcare of millions of Canadians. Abortion is no exception to this widespread systemic lack of accessibility.

The stigma of abortion in combination with the myth of accessibility has allowed for many to feel alone and scared in a vulnerable condition. Moving forward, our campus needs to take accountability for the lack of resources. More support needs to be available for people who want abortions, and more information needs to be available on campus for those who are struggling, pre- and post-decision. In the absence of this support and information, I urge you all to listen to those who are frightened and encourage them to share with you what they feel comfortable sharing. I want to be clear: providing support to those in need does not and should not take the place of someone’s right to abortion and a student’s right to a safe and accessible campus. But it may help contribute to a de-stigmatization as well as a critical examination of what accessibility in our institution really looks like.