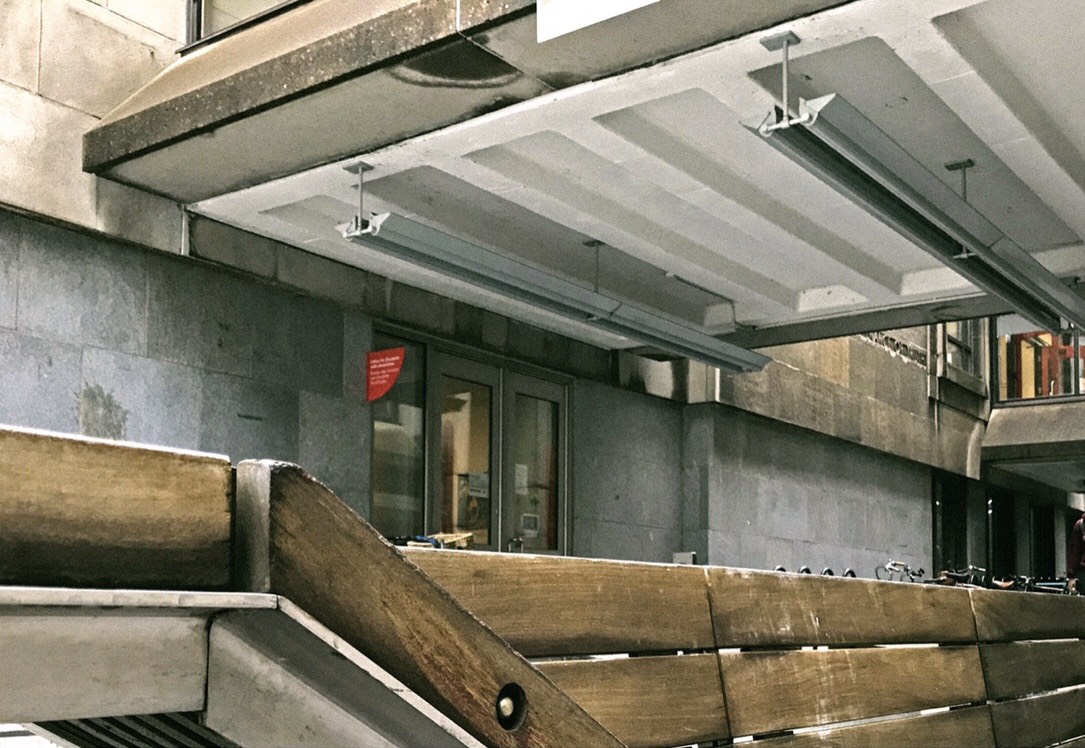 In late August, the Quebec Human Rights Commission (CDPDJ) received a complaint from current McGill law student, Didier Chelin, who has a visual impairment. His complaint noted the poor condition of McGill’s services and accommodations for students with disabilities, despite the presence of the Office for Students with Disabilities (OSD). Didier Chelin, who has been blind since birth, believes the university has failed to accommodate his disability, and as a result, he failed his six law courses last semester. Chelin points to the lack of prior access to his course materials, lack of guidance and inadequacy of the OSD to direct him to the therapy he needs as reasons for his poor performance in school.

In an interview with the Daily, Didier Chelin detailed his experiences at McGill. He spoke of his encounter with the services provided by the OSD, including the effect of waiting two months to receive course materials from the Office. Chelin said this lack of service and his struggle to catch up with his peers caused him to lose sleep, and was a source of high stress and other mental health issues for him. “There is an organization like the OSD in every university in Quebec,” he said, also noting how the Office has a different set of mandates than their equivalents. “The OSD has several mandates, and the OSD has failed every one of them,” said Chelin. He called for the organization, and others like it across the province, to fulfill their mandates: “The first mandate is to make sure that students have access to all the government programs that they are entitled to.” Chelin also says the OSD did not contact either professors, or his rehabilitation center, on his behalf during the school year, and that he even had to find and pay a scribe on his own accord. About accessing mental health services at McGill, Chelin states that even after his several attempts to
receive therapy or guidance from the school, he still was not accommodated. “My primary disability is blindness but my secondary disability is simply called mental health, and the OSD has completely ignored my mental health needs.” Chelin stated. “I was diagnosed primarily with generalized anxiety last December,” he went on, “eventually, I got therapy in May of this year after having needed it over a year ago.” Chelin ended up paying for psychiatric services himself. Overall, Chelin believes that there has been a lack of effort and advocacy on his behalf from his advisor. Chelin, who considers himself an activist, adds that there are various kinds of activism, and the type he engages in does not include any kind of civil disobedience: “It is possible to be an activist without breaking any laws or any rules and without disturbing the peace.” For various people, Chelin’s complaint can have a major and long-term effect not only in the McGill community and administration, but for other legal and private institutions in Canada.
Chelin has met many people with disabilities who are fired from their firms, which had failed to accommodate their needs.

On September 12th, the McGill’s Campus Community Radio (CKUT) interviewed the Executive Director of the Centre for Research-Action on Race Relations (CRARR), Fo Niemi for its program the Avalanche. Niemi is actively helping Didier Chelin in the filing his complaint. The mandate of CRARR is “to promote racial equality and combat racism in Canada and is considered as one of the leading nonprofit race relations organizations in
the country.” In the interview with CKUT, Niemi explains how he got to know Chelin, “Mr. Chelin has been [working with] our organization for almost two years. He was involved in many cases dealing with systematic discrimination.” Niemi expresses his and CRARR’s support for Chelin, “We have been following him in his efforts and struggle to do his law studies at the university, it seems as if there is some sort of regular systemic barriers. That’s why we believe the situation got critical.” Both Niemi and Chelin put emphasis on the effects of systematic discrimination. Niemi describes it as “a multiplicity of barriers.” He applies this to the OSD “[they] seem to have provided inadequate information to [Chelin] despite government policy and program. [Chelin] was not made aware, he was not given the kind of accommodation that is necessary for him to be able to function […] It appears that professors are not [informed] beforehand on the fact that they are going to have a student with a disability in the class [so] that they could prepare the reading materials before, or adapt some materials to the student’s needs […] That is one of the gaps.”

Chelin’s complaint is expected to be filed in the upcoming weeks, and Chelin is determined to get the help he needs.

Fo Niemi believes that every student must have the conditions not only to meet the minimum requirements, but to excel. Niemi proclaims that
“students with disabilities should have all the institutional conditions in order to be visible and to be heard.”

During his interview with the Daily, Chelin says that since going public with his complaint he has received many personal messages from people who face similar struggles due to their disabilities. Chelin wishes to provide three pieces of advice to students with disabilities, both within McGill and beyond. First, he would like them to know “[that] it is okay to be different.” Elaborating he said, “many people think that belonging to the mainstream is the most important goal of their life. They basically say as long as I am normal I am fine. […] You have the right to be different, and the law itself gives us that right. The moment you recognize you have the right to be different: that’s 90 per cent of the process started — it starts within.” Secondly, he encourages students with disabilities
to “know your rights! For everybody and especially for the people with
mental health issues because you are not sure what to expect, you are living in a world that is not necessarily comfortable for you.” He concluded by saying, “my last advice will be that the moment a single right has been violated, don’t just pocket the insult! Because many students with disabilities are tired, basically it is easy to stay silent. Enforce your rights! It can be hard to make human rights
complaints and mobilize but that’s what it needs to be in a democracy.”

An earlier version of this article referred to the Executive Director of the Centre for Research-Action on Race Relations (CRARR), Fo Niemi, as Fo Niomi. The Daily regrets the error.