From our literary column “Isthmus” 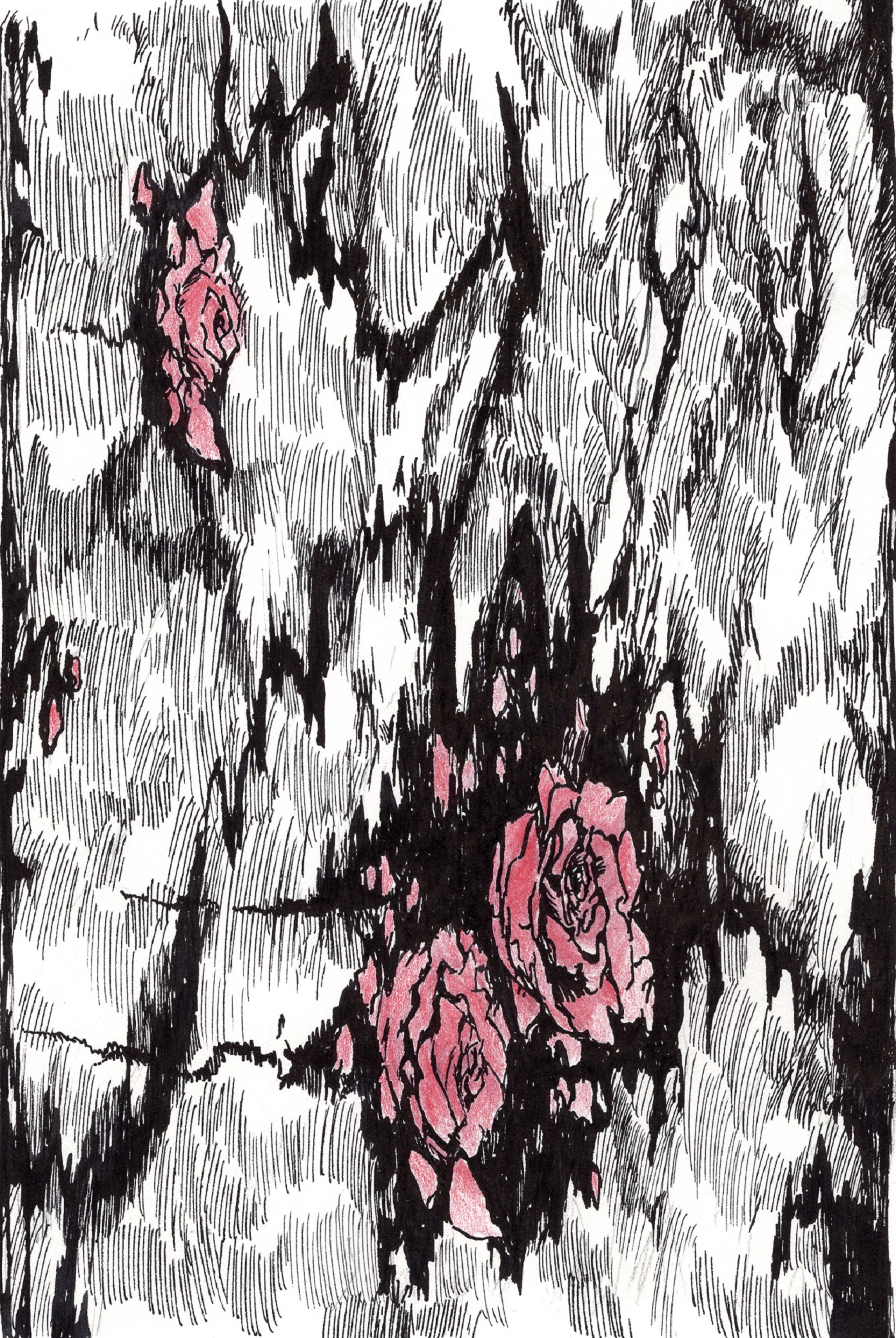 I’ve been watching him die for months now, maybe even years; his brain cancer returned as quickly as we thought it had left. But this day is different. I’m curled up in a brown leather armchair, Harry Potter and the Half-Blood Prince in my lap. My family has made the West Island Palliative Care Centre our home for the last two months, and I like hiding away in their small library.

My sister comes into the room. She stands in front of me for a few seconds before saying something in a strained voice, but I’m somewhere else. I’m drowning. “Hey… and they’re trying to help … he’s probably going to go soon. Do you want to come into the room?” I do.

Even when he was sick, my dad would go to work every day at 5 a.m. He would come back at 8 p.m. He would insist on washing the dishes every night.

It doesn’t make sense that his sister falls on the floor, saying she should have died instead.

My friends are here, and I try my best to be normal around them. Hey guys, welcome to my dad’s funeral!

The first person I tell is Iman, someone I haven’t talked to in months. I’m sitting alone at a table in a common area, typing my message.

I don’t know why I choose him to be the bearer of my bad news. Maybe it’s because I feel like he should be the first to know. Or maybe I don’t want anyone else to know. Maybe a part of me just wants to hurt him with my pain. I get a text from Selva asking me where I am. Fifteen minutes later, I see her come in, and she rushes towards me.

Whenever I would go to the mosque without Selva, this girl would ask, “Where’s the rest of you?” My usual answer was that the rest of me was on her way. I knew she was making fun of us, but I can’t remember a time in my life without Selva.

There she is, the rest of me, and I cry in her arms, trying to be whole again.

My sister makes her way to me and Selva. She asks if I want to go into my dad’s room, and I shake my head no. We walk to the door where they’re about to bring out the body. My dad’s body. My dad. The door is opened and as my sister steps out, I catch a glimpse of him wrapped in a white shroud. I snap my head away.

There are too many faces standing here. One of them tells me: “You’ll regret not going in when you get older.” I won’t. This isn’t how I want to remember him.

I go outside with Selva. Every room here has a small patio that connects to the yard, but this time we have to go out from a separate door. I don’t think my father’s room is ours anymore. The sky is a clear blue, and the warm air hangs around us. We walk towards a pair of lawn gliders. As we swing ourselves back and forth, I mention Iman’s reply to my text: “My condolences, Sara”

“He can’t even get something right in this fucking situation, how Iman of him.” We laugh. Life goes on.

The funeral is two days later. It’s a hot and sunny day, and my black clothes are sticking to me. My friends are here, and I try my best to be normal around them. Hey guys, welcome to my dad’s funeral! I keep a water bottle in my hands, taking sips whenever I feel the lump in my throat that tells me I’m about to cry.

My uncle and brothers carry my dad’s casket. My family and I stand in front of the hole in the ground together, with a crowd of 50 people behind us. They lower the casket. My mom keeps throwing in roses, keeping her hands busy. It’s over.

“Condolences.” He can’t even get something right in this fucking situation, how Iman of him.

Two days after my dad’s funeral, I have my final history exam. My brain is racing through the questions in the overheated classroom, and I leave the second I’m done. I wait for my friends outside, and as we’re leaving school, I start crying. They place their hands on my shoulders, which is, I guess, meant to reassure me, but I can’t help but notice the discomfort on their faces. They don’t know what to do with me. Neither do I.

Two weeks later, my family and I travel to Iran to attend a ceremony held for my father at a university. As we’re walking to the auditorium, my mom points out different buildings: “Your dad built this;” “your dad made them put that there;” “do you see all the things your dad did?”

The auditorium is filled with people I never knew existed, in honour of a side of my dad I never knew existed. Different men give speeches, until it’s my mom’s turn. Her voice wavers as she says: “Reza was a great dad, husband, and friend. We moved to Canada with three small kids as students, and he did everything to provide for his family, even as his health got worse. That was who he was… and he’ll be missed by his kids, his friends, and everyone here.”

Years later, I still look through email conversations I had with my dad. Most of his emails are of him telling me to clean my room and to eat properly in somewhat broken English. Some are replies to little updates about my life, like the time I complained to him about getting my shoes muddy in a storm. He answered reassuringly. 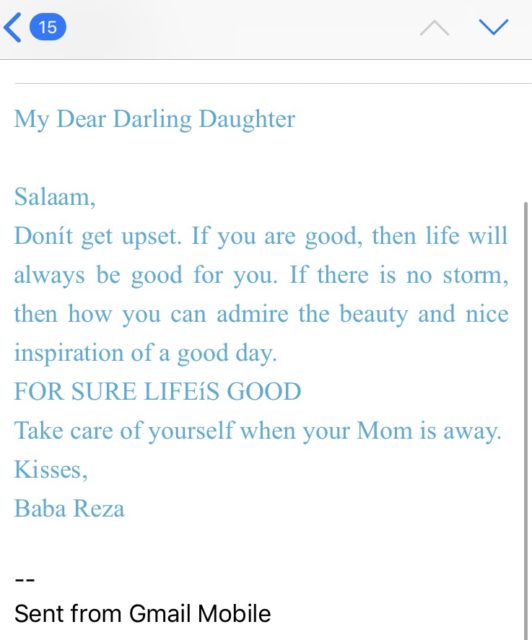 When I was 11, I would sign my emails with “LIFE’S GOOD.” I cry when I read these emails now, but I’m not sure why. Maybe they’re little pieces of advice I wish he could give me today, or just reminders that I still miss him.

My dad would always start imitating a character after watching a movie. When we went to see Toy Story 3, he pretended to be Buzz Lightyear for a week. He’d suddenly pretend to start shooting at me, or would freeze up as I was walking behind him.

I make my mom watch Buffy the Vampire Slayer with me. Afterwards, she pretends to be a vampire, feigning to bite me. But I’m older now, and something about it feels empty.

Grief is tidal. One minute you’re sitting at your friend’s graduation show, nearly three years later, and the next there are tears streaming down your face because two girls are singing “What a Wonderful World.” Your dad’s favourite was the Louis Armstrong version, not the Israel Kamakawiwo’ole medley they’re singing, but it still reminds you of him.