Defiant Lives sheds light on disability rights activism in the US, UK and Australia 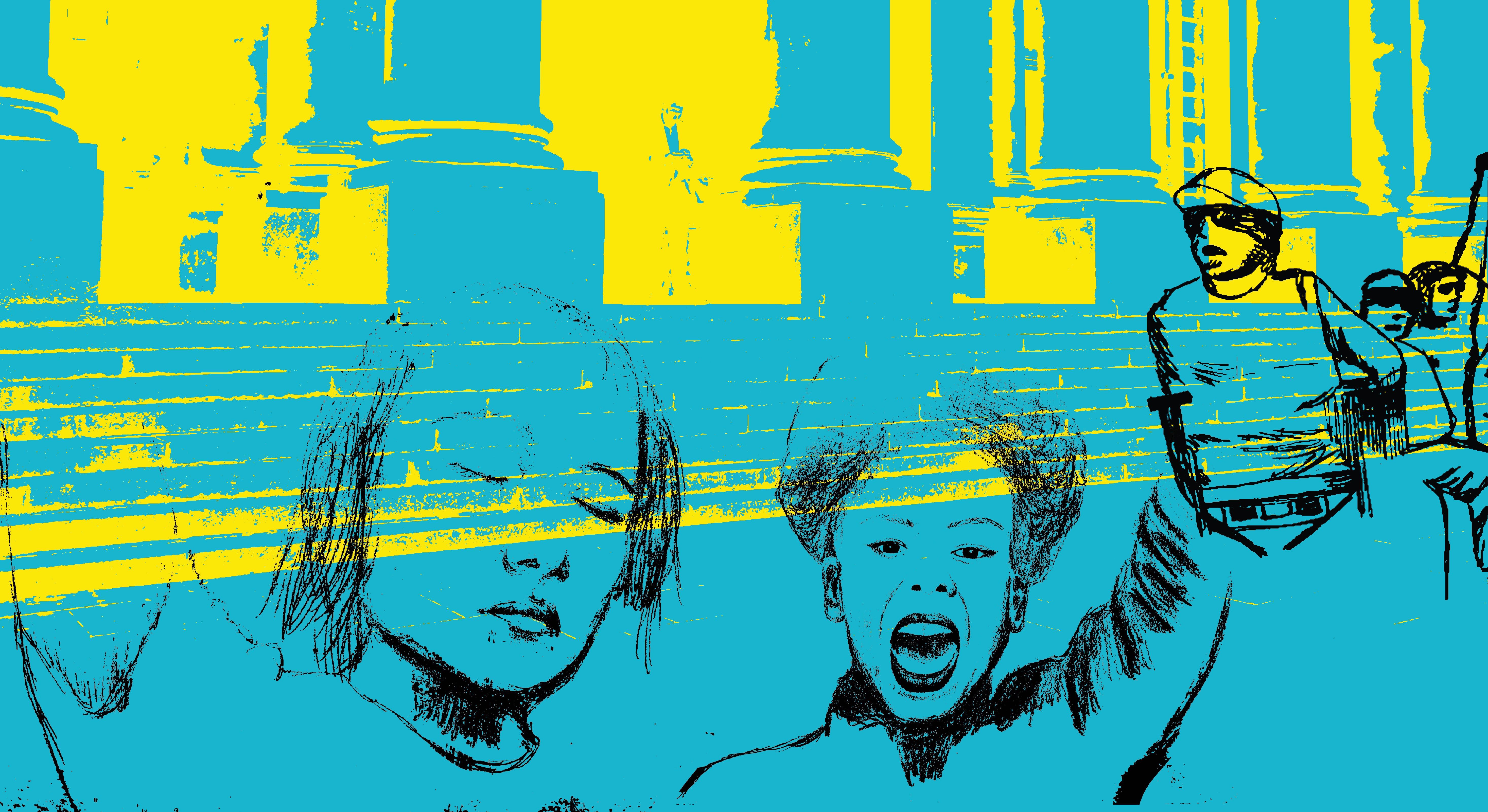 ”We aren’t asking for civil rights. We’re demanding them, now.”

Defiant Lives, screened at Concordia’s Cinema Politica, opens with scenes of protest and police violence against activists with disabilities fighting for civil rights. The film delves into the horror of the institutionalization of people with disabilities, the activism that has reduced their institutionalization, and that demanded legislation protecting the rights of people with disabilities. The film also reports on the aftermath of the legislative victories of the 1970s-1990s, focusing on Australia, the UK, and the US.

With a minimal budget and a Churchill Fellowship, filmmaker Sarah Barton was able to travel to the UK, the US, and around Australia to interview over thirty disability rights activists. Interspersed with archival footage, the film jumps seamlessly from interview to interview. This technique makes activists with disabilities central in telling their own stories of protest and resistance.

The film begins with the institutionalization of disabled people, particularly in the Australian context. The state blamed people with disabilities, framing them both as victims and as the ones at fault. This paternalism led to most people with disabilities becoming wards of the state, and thus being confined to various forms of asylums. Disguised by pseudo-medical jargon, asylums operate as prisons do, and perform the same function: to rid general society of its “undesirables.” Often, people with disabilities, such as Anne McDonald, were “written off as […] mindless vegetable[s],” and their parents were encouraged to give them up. After being taken from their families and placed in institutions, people with disabilities lived in abject conditions, were viewed as less than human, and abused by their caretakers. One interviewee, who had spent time in an institution herself, responded to a question by describing it as “Hell. It was hell.”

The film begins with the institutionalization of disabled people, particularly in the Australian context. The state blamed people with disabilities, framing them both as victims and as the ones at fault.

The film shifts towards activists with disabilities, such as Ed Roberts. Roberts was the first “severely disabled” student (Roberts was paralyzed from the neck down) at UC Berkeley in 1962 and is considered to be the “father” of the Independent Living Movement. The Independent Living Movement aimed to provide people with disabilities resources such that they could live “in the community,” rather than in institutions or nursing homes. To Roberts and other activists, it is crucial that structures exist for disabled people outside of institutions. It is here that the film begins to tell the stories of disability rights activists, and to chronicle the different forms of action they took (and continue to take).

In the 1960s-1990s, disabled rights activists increasingly took direct action to push for increased accessibility and anti-discrimination legislation. An important moment was the San Francisco 504 sit-in. Section 504 of the Rehabilitation Act of 1973 decreed that no person with a disability should be excluded from federally-funded programs, but there had been no regulations to ensure that enforce the anti-discrimination legislation. To protest the latter, beginning on April 5, 1977, disability activists protested outside the Department of Health, Education, and Welfare (HEW) offices across the US in order to pressure the government to issue delayed regulations regarding Section 504. In San Francisco, over 150 people occupied the HEW regional director’s office for 26 days. The movement was led by queer women and supported by various activist groups in San Francisco (including the Black Panther Party, who fed protesters during part of the sit-in). This led to a congressional hearing being held in the building while it remained occupied. After two weeks, 25 protesters left the occupation for Washington, where they “chased President Carter and Secretary Califano around town” and finally met with the President and HEW Secretary Joseph Califano. On April 28, Califano signed the regulations, signalling a massive victory for Americans with disabilities and for the disabled activists that had caused this shift to occur.

Many of the activists interviewed by Barton participated in the 504 sit-in. They spoke candidly of their experience, and spoke of it as a magical moment that brought people together.

Barton applied theoretical understandings of disability to structure the film. The first was medical model of disability, a model that views disability as a result of medical abnormalities in the individual and frames the individual as both a victim and as responsible for their atypical abilities. The medical model supported institutionalization of disabled people and the marketing of disabled people as pitiful to raise money for big charity. The second was the social model, which posits that disability is a social issue. According to Victor Finkelstein and Paul Hunt, people are not limited by their physical or intellectual state; rather, they are limited by society that ostracizes and segregates them on that basis. This view supported and propelled activists to push for legislation and for the acknowledgement of civil rights. Lastly, the film talked about going “beyond the social model.” In other words, while legislation has been passed, conditions have barely improved for people with disabilities, so: what next?

According to Victor Finkelstein and Paul Hunt, people are not limited by their physical or intellectual state; rather, they are limited by society that ostracizes and segregates them on that basis.

Part of the failure of legislation to dramatically improve the lives of disabled people is that existing legislation was often made with insufficient consultation of people with disabilities. Furthermore, legislation has to go beyond regulating against discrimination. Poverty disproportionately affects disabled people; in fact, according to a number of the activists interviewed in the film, poverty is the single biggest problem for disabled people. As that is the case, disabled people will continue to be failed by the state. Therefore, Barton seems to argue through her film that legislation is insufficient: we need to rethink disability and ability as a whole.

In the Q&A, Barton said she was unable to include Canada in her documentary due to budgetary constraints. Canada does, nevertheless, have a complex history of disability activism. Notably, Canada has lacking disability rights legislation; federally, it is included in other anti-discrimination clauses of the charter, but little legislation exists outside of the charter to reduce discrimination in the public and private sphere. Provincially, legislation varies. According to Laurence Parent, a Montreal disability activist who, after years of protesting against the inaccessibility of Montreal’s public transit, currently represents Paratransit customers on the board of the STM, Quebec’s legislation is difficult to enforce. Like legislation in Australia, the US, and the UK, it requires disabled people to file complaints, but the complaint system does not set precedents. It therefore seems to result in endless paperwork. That said, Parent encouraged disabled people to continue lodging complaints, as it is even more difficult to push for internal change without proof of systemic failures.

Part of the failure of legislation to dramatically improve the lives of disabled people is that existing legislation was often made with insufficient consultation of people with disabilities.

As always, the auditorium in which Cinema Politica films are screened is accessible to people in wheelchairs. Through Midnight Kitchen’s accessibility fund, Cinema Politica was able to have an ASL interpreter. While this consistency seems obviously necessary, disabled attendees commented on the accessibility during the Q&A, indicating that the degree of accessibility present is abnormal. A screening of this film is particularly important in Montreal, a city known for its inaccessible public transit.