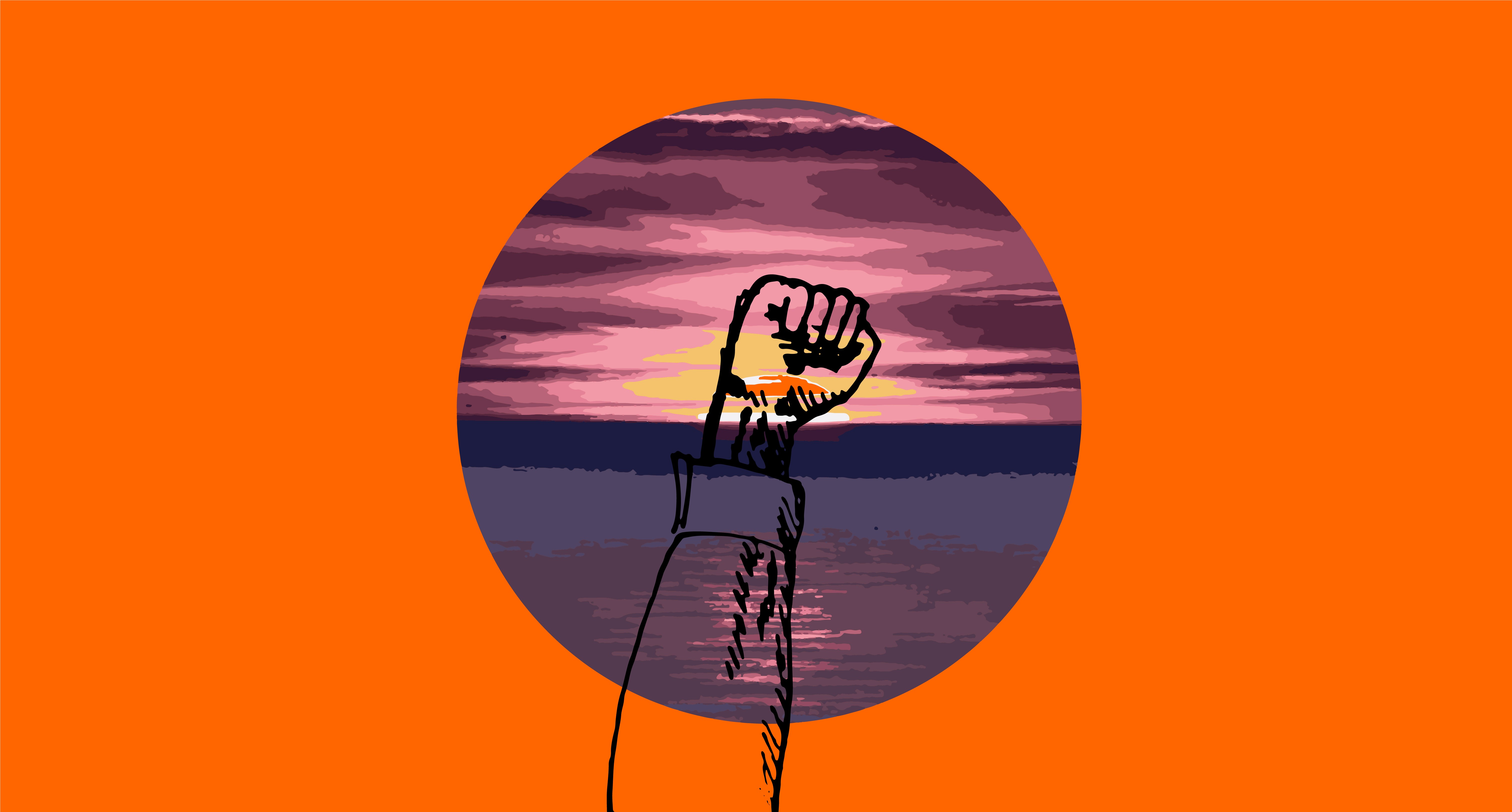 On January 30, 2018, the Samuel Centre for Social Connectedness and TakingITGlobal hosted a screening of the documentary Rising Voices, made by Canadian filmmakers Adrian Assoufi and Michael Lobel, at WeWork Place Ville Marie. The directors travelled across the country for the film, stopping everywhere from rural towns to big cities to interview young activists working on a variety of issues. The film exuded a sense of commitment and drive, and asserted that, with enough care, dedication, and solidarity, young people in Canada can create meaningful change. The screening was followed by a discussion panel with the co-directors and also two individuals featured in the film, Emilie Nicolas and Wentaron Roundpoint.

The film exuded a sense of commitment and drive, and asserted that, with enough care, dedication, and solidarity, young people in Canada can create meaningful change.

Connecting Youth through Film
Indigenous rights, climate change representation, immigration, and trans and queer rights are all discussed throughout the film. Rising Voices showcases the fluidity, creativity, and intelligence of Canadian youth as they tackle significant issues in their communities. Assoufi and Lobel initially conceived the film through the project ‘Wish150,’ an initiative under TakingITGlobal meant to engage Canadian youth in Canadian culture and history, in this case particularly for Canada’s 150th anniversary of the Confederation, the colonial occupation of the land. The idea for a full length movie organically emerged as the co-directors began talking to young people participating in the project and learned about their dreams and aspirations. According to the Canada150’s official website, the anniversary “focused on engaging and inspiring youth; celebrating our diversity and encouraging inclusion; establishing a spirit of reconciliation with Indigenous peoples; and discovering Canada’s natural beauty and strengthening environmental awareness.” Supporting the documentary Rising Voices is an unsuitably small step towards rectifying the atrocities committed against Indigenous cultures, but is nonetheless a start.

Each location, topic, and individual is given only a short slice of time in the film, but there is a strong sense of connection and celebration throughout. Rather than deeply exploring just one issue that Canada faces, the film is described by Assoufi as more of a “call upon everyone to whatever caught their curiosity.” From Akwasasne, Ontario; Whitehorse, Yukon; Montreal, Quebec; Toronto, Ontario; St-John’s, Newfoundland; Vancouver, British Columbia, and many more, young people with awareness of social issues first-hand are using their privilege and awareness to bring attention to the problems discussed. Many of their peers who encounter the same obstacles often find themselves underrepresented because they are part of a minority group, or come from remote villages that garner less attention from the government. What connects the youth interviewed in the movie, and the groups they represent, is that they all fight an uphill battle. Many different perspectives are presented, yet it feels like there is an ongoing conversation between everyone featured. There’s a strong sense that everyone is working towards the same final goal — a better Canada.

Hearing the Indigenous and Queer Youth of Canada
Issues such as language loss, land ownership, and settler ignorance of the Indigenous genocide continue to perpetrate harm towards Indigenous people, and are frequently discussed by the young people in the movie. Roundpoint and other activists emphasized that there needs to be a dialogue between Indigenous and non-Indigenous cultures that’s more open and receptive to change. She and the other advocates for Indigenous rights talk about the importance of regaining a connection with land, culture, and ancestry through artistic expression. Young people all over the country dance, sing, carve, and paint to raise awareness and regain a connection that the settler state of Canada has tried to sever them from. One of the activists in the film noted the importance of tradition, and of honouring ancestors and their sacrifices. The youth interviewed demonstrate a fluidity and openness in their art, which included a variety of expressions like traditional dances, electro-pop music, and original songs about Indigenous history to work towards changing outdated Canadian perspectives. “What was mentioned in the film is that we are thriving; we are no longer surviving,” said Roundpoint during the panel.

Issues such as language loss, land ownership, and settler ignorance of the Indigenous genocide continue to perpetrate harm towards Indigenous people, and are frequently discussed by the young people in the movie.

The documentary also expands on trans and queer rights in relation to Canadian youth. In Whitehorse, Yukon, Chase Blodgett, a transgender activist, uses his voice and experiences to help people in his community gain political rights. During the movie, Blodgett points out that Yukon is the only place in Canada with no laws governing trans, intersex, and queer discrimination in the workplace, and that that needs to change. His activism and outreach has greatly improved the discourse that surrounds transgender rights in his province and across Canada. Similarly, there are many young people in Toronto, Ontario working for the organization Pieces to Pathways to change the stigma surrounding addiction and how it is treated, particularly in queer communities. They provide an alternative to the traditional programs found in normal rehabilitation centers. The LGBTQ+ community is particularly in need of these kinds of programs as they are more likely to suffer from mental health issues. According to the Canadian Mental Health Association, the risk of suicide or substance abuse for LGBTQ+ youth is 14 times higher than for heterosexual youth. People like Blodgett and the workers at Pieces to Pathways are protesting the conditions the Canadian government enables for queer, transgender, and intersex youth, and providing a voice and services that the government does not.

People like Blodgett and the workers at Pieces to Pathways are protesting the conditions the Canadian government enables for queer, transgender, and intersex youth, and providing a voice and services that the government does not.

Participating in the Conversation
Rising Voices and the young people featured are part of an effort to not only spark the conversation surrounding change initiated by Canadian youth, but also to keep it alive and progressive. The film connects seemingly unrelated problems by joining the young people making change in their communities and drawing on links between their experiences to create a cohesive picture of youth activist culture in Canada.

Unfortunately, the film isn’t available for viewing online. It will be screened on a tour around Canada throughout the year. The trailer can be viewed on vimeo.com under “Rising Voices Documentary Trailer 2018.”