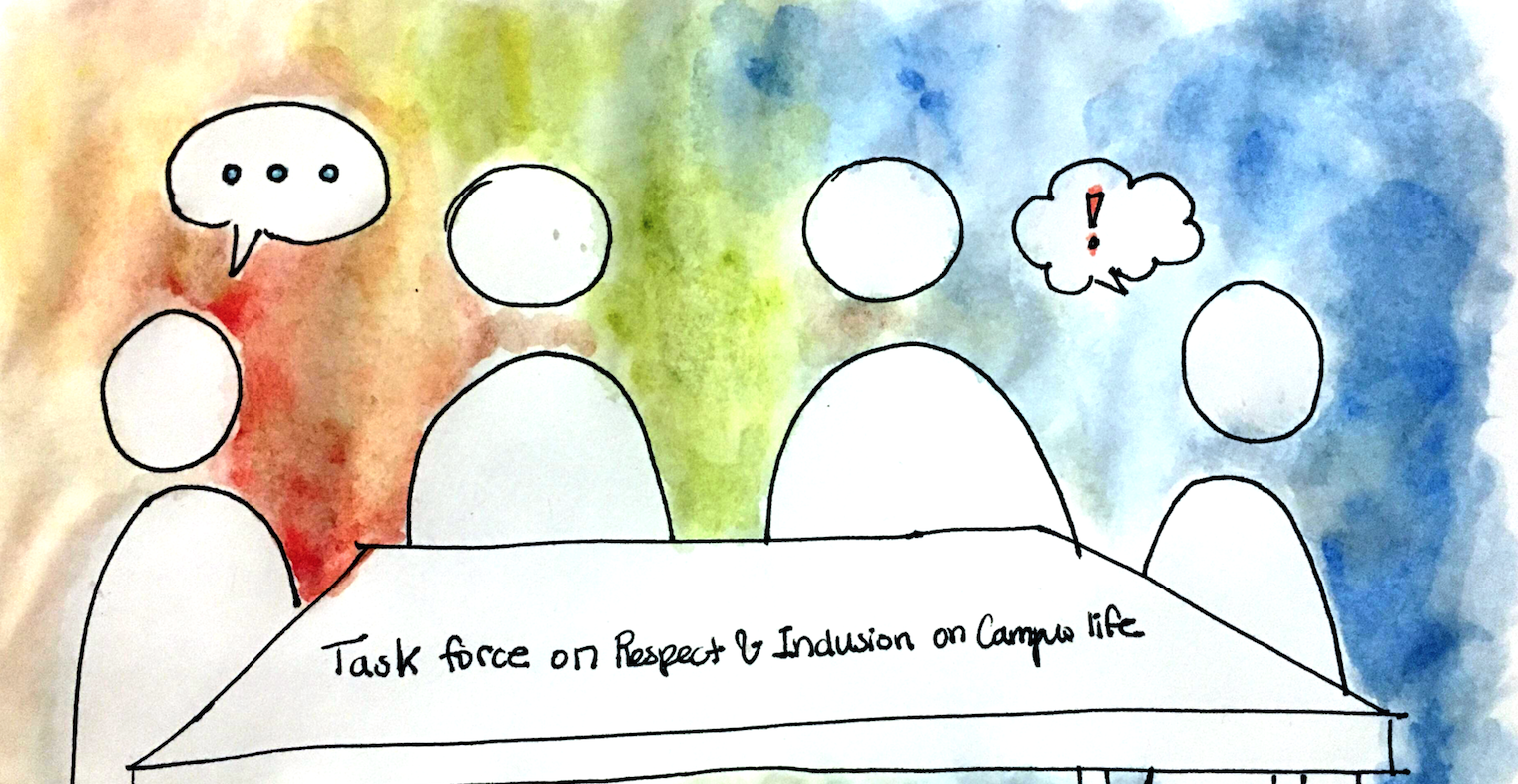 On December 4, 2017, the Principal’s Task Force on Respect and Inclusion in Campus Life emailed a survey to McGill community members requesting their opinion on values of respect, inclusion, and free speech on campus.

Created as a support line for people who have experienced, or are experiencing, exclusion or discrimination on campus, the task force itself is made up of people from varying roles and positions on campus, consisting of two co-chairs, both professors at McGill; one undergraduate student from the downtown campus, one undergraduate student from Macdonald Campus, one graduate student, two additional faculty members and two staff members. No members are directly tied with the university’s administration. The survey was available from December 4 to 7.

A majority of the survey’s questions focused on the concept of free speech, while others constituted inquiries into possible instances of discrimination and exclusion on campus. The survey’s choice of language sparked some criticism, mainly as a result of its focus on issues of freedom of speech with only a few questions about inclusiveness, despite the task force’s mandate.

In addition to the survey, as part of the consultative process, five closed-door focus groups around different themes of inclusion were organized, occurring between January 17 and 29: Teaching & Learning, Social Spaces, Graduate Student Life, Residence Life, and an open-themed discussion. Each one was composed of twenty students, lasting for 90 minutes. As of publication, four have been held (all expect Residence Life).

The Open Forum on Campus Culture

The University held an Open Forum on Campus Culture Wednesday, January 24 in Leacock 232. McGill staff chose not to moderate the forum beyond requesting people’s definition of the theme of the focus group, discussing inclusion or exclusion experienced in that space, and requesting that the participants concentrate on discussion rather than debate.

The night’s exchange revolved around whether or not the Boycott, Divestment, and Sanctions (BDS) movement had a place (or simply a right) on campus. Laila Parsons, a professor specializing in the Israeli-Palestinian conflict at McGill, spoke about her views on the movement’s legitimacy.

“If the upper administration wants students themselves to engage in respectful and inclusive dialogue in a genuine way, then it needs to itself practice what it preaches,” she asserted. “It needs to respect the right of students to mobilize around the BDS movement, without picking those students out from all other activist groups on campus for special condemnation.”

“It needs to respect the right of students to mobilize around the BDS movement, without picking those students out from all other activist groups on campus for special condemnation.”

She also reproached Principal Suzanne Fortier’s February 2016 statement condemning the BDS movement after the SSMU motion to endorse the movement failed to be ratified. Parsons referred to the Principal’s statement as “bullying,” “intrusive,” the “opposite of respect and inclusion,” and “exacerbat[ing] tension rather than reduc[ing] it.”

Shanice Yarde, the Equity Advisor with McGill’s Social Equity and Diversity Education (SEDE) office, acknowledged the value of the task force and the hotline, but brought up important questions about the priorities and driving motives of the task force; this worry seemed to be common among many students.

One student, who wished to remain anonymous, spoke to The Daily.

“I question the extent of which the university genuinely values free speech,” they said, “considering that, in my time at McGill, the only times the admin stepped in about student voices had to do with activism that related to Palestine. Similar responses were not expressed when, for instance, an association at McGill hosted a transphobic discussion by noted pushers of hateful propaganda. Nor was there much concern or action against students who drunkenly paraded around campus with misogynist messages on their clothes.”

“Does McGill value free speech without qualification, or only on specific issues that might upset their donors?” they concluded.

During discussion, there were a few instances of students arguing for the free roaming of ideas. These students were arguing for the need to defend “free speech” even when other students’ might feel that their sense of safety was put in jeopardy by such speech, a theme many religious minorities, queer, and racialized students feel conflates freedom of speech and freedom to discriminate with one’s speech.

Another student who chose to speak with The Daily anonymously said: “It was a nice experience, people who would normally not sit together had a chance to have some debates. The board of volunteers took many notes. Unfortunately, like most commission, I seriously doubt there will be any concrete implementations of the suggestions made to the administration. In other words, such a committee with no authority does not help me believe in a better future at McGill.”

“It was a nice experience, people who would normally not sit together had a chance to have some debates.”

Proposals brought up during the forum included: having more face-to-face debates from opposing sides on controversial issues, implementing a binding process to make syllabi fit a required diversity clause to ensure racial and gender diversity in syllabi sources, increased support to the SEDE office, greater inclusion of student input on tenure-track applications, and representation of student perspectives in tenure-track application committees.

The task force is expected to deliver a final report and submit its recommendations to Principal Fortier by April 27, 2018, to be made public shortly thereafter and formally presented at the May 16, 2018 meeting of Senate, where the initiatives findings on inclusivity and respect will be given the opportunity to shape future policies at McGill.

Group submissions are being welcomed by the task force until January 31, 2018 at principals.taskforce@mcgill.ca as Word or PDF documents not exceeding two pages. At any time, any individual can also send the task comments or suggestions by email to the same email.