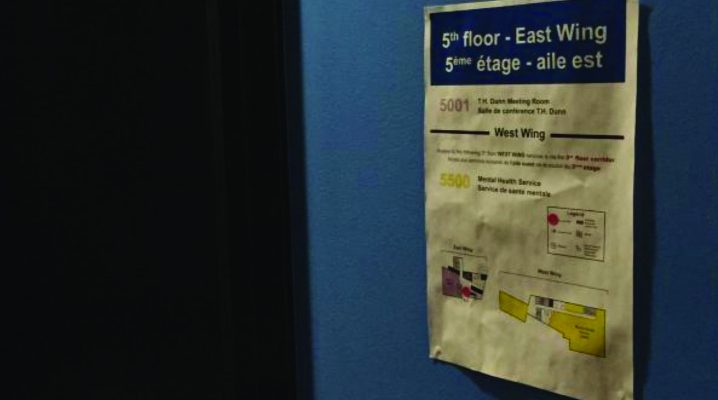 On March 31, the McGill Students’ Mental Health Working Group sent an open letter to Deputy Provost (Student Life and Learning) Ollivier Dyens and Executive Director (Student Services) Martine Gauthier, criticizing McGill’s “insufficient and inaccessible mental health services.” The letter was accompanied by a petition circulated via Facebook, which at the time of writing had garnered 81 signatures within 5 hours.

The letter outlines a number of concerns with Counselling and Mental Health Services (CMHS), and makes three demands: address concerns that have arisen over the failings of CMHS; stop diverting Student Services funding away from wellness services; and implement a “comprehensive, campus-wide, evidence-based” plan that would focus on mental health literacy and mental illness prevention.

A short history of inadequate care

The change came with the introduction of a “stepped care model” whereby a variety of new treatment options – online therapy, group therapy, and referrals to other organizations such as the Peer Support Centre – act as “steps” to one-on-one psychotherapy.

The new model aimed to reduce strain on an overloaded mental health care system, but many students have continued to experience long wait times and inadequate care.

“I used to be able to go to MMHS for drop-in [appointments] if I was having waves of panic attacks or side effects I couldn’t deal with [from medications],” explained Marie*, who has been accessing mental health services at McGill for 4 years. “But with their new conditions that’s impossible.”

In December 2016, Nancy Low, the Clinical Director of McGill’s Counselling and Mental Health Services (MCMHS), was suspended from her position on “administrative leave.” According to Erin Sobat, VP Student at the Students’ Society of McGill University (SSMU), Low had been advocating for the concerns staff and students regarding the new stepped-care model, though the University refused to disclose the reasons for Low’s suspension.

“I used to be able to go to MMHS for drop-in [appointments] if I was having waves of panic attacks or side effects I couldn’t deal with [from medications]. But with their new conditions that’s impossible.”

“While not all of these [changes to CMHS] have been negative, we are appalled by their hasty implementation without due consideration for the impact on students and staff,” the open letter explains. “Communication regarding major changes has been treated as an afterthought, with limited efforts to involve service users and student leaders in the decision-making process despite their repeated requests.”

Other Canadian universities have also implemented stepped-care mental health services, sometimes with greater transparency than McGill. On their website, the University of British Columbia has a clearly outlined stepped-care triage model. It involves a 15-minute online assessment, followed by a 15-to-20-minute consultation with a wellness advisor, at which point the student is directed to one of six levels of care ranging from self-directed programs and tools to psychiatric care.

“In early November, I had rushed to the [CMHS] office in hopes of getting an emergency appointment as I had been undergoing an anxiety episode that left me sure of my immediate death” explained Leila*.

Leila was told that there were no available appointments for the next month. When she was eventually able to book an evaluative appointment for three weeks later, she was left lacking coping mechanisms or long-term treatment plan. “The waiting room time as well as the apathy towards my condition shocked me at the time, since no one seemed concerned considering my ailment was neither physical nor would it require me to “do something to hurt myself.’”

“This sort of limit on mental health resources only yields an insufficient resource for a huge undergraduate body that might require immediate care and attention as well as longterm plans for treatment,” Leila continued.

After being sexually assaulted by a male Frosh leader during their first year at McGill, Lucie accessed Mental Health services. Lucie’s first therapist, after repeatedly asking whether they were comfortable talking to a man, abruptly refused to continue therapy and reassigned Lucie to a female therapist. “He referred me to another therapist who was really helpful, but who told me that at the end of 16 sessions I could never access mental health services again,” Lucie told The Daily. For the following year and a half, Lucie was left commuting and paying out-of-pocket to access affordable therapy.

Lucie identifies as non-binary and uses “they” pronouns, and says that they have been repeatedly misgendered by multiple therapists at CMHS, despite constantly correcting them. “I also spoke to the director of MMHS, Giuseppe Alfonsi, about the situation, and he addressed them one-on-one. They still continued to constantly misgender me despite this,” explained Lucie. “I was constantly on edge, hoping they wouldn’t speak about me, only to me, so I wouldn’t have to hear them misgender me again.”

Marie*, who sees a psychiatrist at CMHS for severe depression and anxiety, told The Daily that her doctor had overprescribed her medication. “I felt that for the most part I was just prescribed medication at random,” explained Marie, “at times at very high doses and switching from one medication to another pretty quickly. A lot of time this ‘pill-pushing’ was justified by my doctor as a way to get me ‘better as soon as possible,’ which for her meant before finals or midterms.”

As a result of switching rapidly between high doses of different antidepressants, Marie experienced severe side effects. “Some of them could have been potentially fatal if it wasn’t for the support of friends,” she explained. “I was pretty much left on my own and unmonitored to deal with those side effects.”

“They still continued to constantly misgender me despite this. I was constantly on edge, hoping they wouldn’t speak about me, only to me, so I wouldn’t have to hear them misgender me again.”

“I often feel like the underlying causes for my mental illnesses are sort of ignored because [my psychiatrist and I] only have 15 to 30 minutes together every two weeks, and so it’s easier to just prescribe meds and numb/sedate/maintain a certain chemical balance than to address anything else. It almost feels like these sessions are for liability reasons than providing actual help.

“Reconfiguring psychological services without also addressing structural and environmental conditions that exacerbate mental health issues is short-sighted,” notes the open letter. As such, it demands a “comprehensive, campus-wide, evidence-based Mental Health Strategy that addresses the spectrum of mental health needs” – a strategy that was first promised by Dyens in 2014.

These programs would look like mental health literacy initiatives, and “consistent, fair, and accessible” procedures for requesting academic accommodations.
In October 2016, the process through which students obtain medical notes suddenly changed, provoking student outcry. Now, students can only receive same-day notes if they are in imminent danger of harming themselves or others, or if they have already been assigned a counsellor or a clinical psychologist.

The letter also raised issue with the fact that $650,000 in annual overhead is deducted from the Student Services budget by the central administration – money which is being diverted away from wellness initiatives. Further, over the past seven years, $2.5 million has been pulled from Student Services in the name of “overhead charges” and cancelled university transfers.

“These critical services, which include Counselling & Mental Health Services and the Office for Students with Disabilities, are unable to keep up with dramatic increases in demand due to a lack of resources,” reads the letter.

It's easy! You can email the editors at news@mcgilldaily.com!